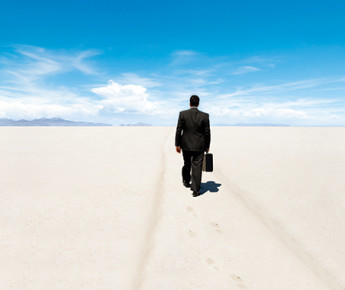 by ambyrne
Jan 8
2016
Blog PostWhat I learned from our first year in business: The Early Days

As I arrived in the office on the first day back in 2016 I couldn’t help get that sinking feeling. Sure the business had ended on a high when we broke for christmas on the 18th of December, but even after a couple of weeks off I couldn’t help but feel tired. I’m delighted to be back at my desk, catching up with the team, looking at up coming projects and clients and planning and setting goals for the coming months, but perhaps the prospect of the unknown and what might be ahead for a moment had me nervous.

Don’t get me wrong, the previous 12 months have been among the most interesting, varied and challenging I’ve ever experienced, and I would never have expected that from a meeting in a café bar in the city centre a year later I’d be managing a team of designers, developers and coders in an office just off grafton street. So why was it I felt so apprehensive about returning to work when I should be positively looking forward to the new year?

Starting a business isn’t easy and there were a lot of bumps along the road in the first year.

Okay, this is the duh, obviously statement from this post, but I really can’t emphasis it enough. What’s more interesting is the better you seem to be doing the harder it seems to be. The more we expanded and the more business we got in, the more pressure there is to succeed both from within and without. Not gonna lie, there are those who assume that because you run your own business you have great disposable income, time to burn and living the dream. If you are one of these and would like to continue to believe that notion, I’d advise you to stop reading…. now….

There’s also the question of more business equals more chasing clients for payments, more overheads, payroll etc. Ireland it seems is one of those funny places where people don’t always seem to feel the need to pay on time. This was probably the greatest struggle and the one that really surprised me the most based on the relationships I felt that we had cultivated with our clients. To say that things came down the the wire on several occasions really doesn’t emphasise this point enough. More for my own sanity I’ve decided to reflect on some of the challenges and successes my team and I at WeDevelop have experienced in the last 12 months.

Starting from January last year it became apparent that sales was going to be a challenge. Although myself and my business partner, Jason, have lots of sales experience, and indeed I’ve even done years of sales training, the prospect of selling for your own business we would discover is a whole different animal altogether. For one thing the usual supports like brochures, merchandise, and even someone to back you up or support you with the questions you may not know the answer to off the top of your head are absent. Yeah, you can print off things and have nice stationary and business cards etc, but at the end of the day you’re pretty much out there solo with a laptop, a notepad and a pen. 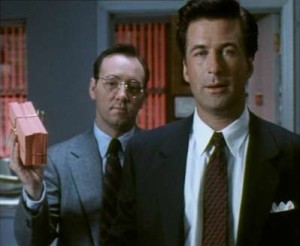 Next is the tough part; If you’ve ever come from retail sales or been in a sales position where the leads are generated for you there is always the sense that if you strike out on this sale, or this customer doesn’t bite there’s always the next one down the road. Nope, this too is not there and you suddenly treat every meeting and every potential lead as if its gold dust. I’m reminded of Glengarry, Glen Ross, where all the agents are coveting the almost mythical Glengarry leads presented by Alec Baldwin. It’s not, particularly in the tech world, a case where the phone is ringing off the hook when you first start and a lot of frustrating days of hitting the bricks was the order of the day at the start.

Lastly there’s the ever present notion that no sales equals no pay. Very few irish companies I’ve worked with do commission only, but essentially this was the situation we were faced with. We sell and pay our bills and ourselves, or we don’t sell and live off noodles and toast.

What to do? Fortunately being that there were a couple of us doing it there’s at least that as a support network. It’s also really important to deal with each potential client, sale or lead as if it was the first and most important of the day. Tough enough to do, particularly if you’ve had pretty disappointing day, being still able to walk to the next meeting with the same level of positivity as the first needs a lot of will power, but it really helps. If after the 4th or 5th meeting you are down, you are already mentally prepared for defeat and this can show. Great news though, no one can see the mistakes or things you weren’t able to answer from the previous meeting. The only one that knows about them is you. Its not like your potential clients are calling each other to discuss what you did wrong, so learn from what you did wrong, shake it off and move on.

Right so we’ve got some clients, now what? 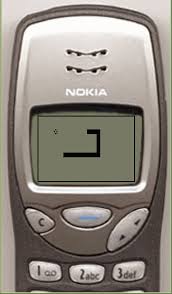 Turns out, shocker coming here, every client is in fact different. Long gone are the days of working in a phone store when you could *almost* get away with going “Business customer = Nokia 6310i” “IT Girl= Motorola Razr” or “Teenager = Any nokia with changeable covers and snake.” People are really particular about their website, whether its for business, personal or club they may not necessarily know what they want, but they know what they don’t. Here’s where we had to learn quickly. What on the face of it could seem like a straight forward app or website could easily spiral to three months of minor changes waiting to be paid. My advice to anyone in the service business from this experience. Set really clear goals, boundaries and deadlines. There is very little to be gained by spending 12 weeks doing a 10 page website simply because of minor changes or fifteen people with input and only getting a few hundred euro for your effort. This ain’t gonna pay for your time or effort.

Sure, there are lots of people who can build websites or write code, but remember how many years you took to become good at what you do. Get paid for your time and get paid properly. I have no knowledge whatsoever about cars. None, zip, nadda. So a few years ago when I had an issue with my car and took it to a garage I could have gone in with the attitude- “Sure loads of people can fix engines so this shouldn’t cost me too much, how hard can it be?” Somehow I think the mechanic would have been quick to point out that if it was that easy why didn’t I do it myself. It was when I remembered telling this analogy to someone a few years ago that I stopped worrying about charging people and started thinking “if someone comes to us for a development they want good quality and they can’t or don’t have the time to do it themselves so why should I feel guilty about charging for the companies time?” This can be hard to reconcile sometimes, particularly in the early days when price point is still being hammered out, and much of your business could be referrals from family and friends. All I can say now is, be clear, be fair but don’t compromise on your time about all else.

Looking back on the early months of the business when we initially thought of the company as very much a lifestyle business it all seems like common sense when put down in black and white. Nothing could have prepared us though for everything that was ahead. Once the work starting to come in, we thought, yeah, we got this! As it turns out though there was so much more left to come. All businesses have challenges and hurdles, particularly in their first year, and in all honesty we jumped in head first and no doubt made a lot of mistakes, some of which we’ve learned from, others we’ve just had to grin and bare. Before we know it though we needed to expand and hire, then came the added responsibilities of paperwork, payroll and everything else that I would have taken for granted working for some one else.

I’d like to joke around and say we’ve become experts in everything from tax to company law since we’ve started, in truth though we are still learning as we go and at this early stage we still had a lot to learn. To be continued.