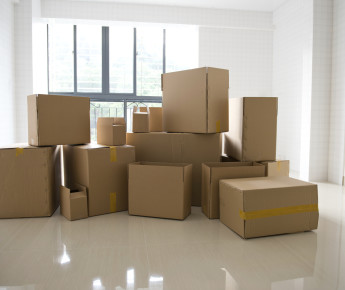 We were away and running. The business had a small number of clients and things were on the up and up. Through a little bit of wrangling by one of the team we had even managed to secure an office above a shop in the city centre. We felt like a proper business now, with a postal address and everything. Up until that point we had been working on laptops in coffee shops and anywhere else that would let us use their free wifi. Now, to be fair there were advantages to this such as not having to move to get another coffee or can of Fanta, but we quickly began to realise that sitting in the corner of a shop somewhere for the whole day working on websites wasn’t really sustainable for so many reasons. 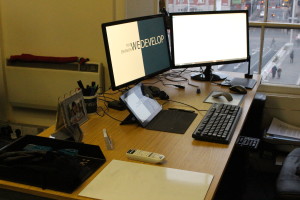 There are always distractions when you’re working, but lets face it, working in a public place these seem unending so when the opportunity came around to use an office space we jumped. In truth we weren’t sure if it was the best move but it did seem to psychologically ‘legitimise’ the business in our minds and with customers to say we were on Burgh Quay. It was sparse though. 3 of us had a desk each, a lamp, a chair and our laptops. Only for the fact that the carpet in the room happened to be a similar blue to the logo we had designed there wasn’t much to denote that this was indeed the ‘up and coming’ development house that Dublin wanted, nay, needed! 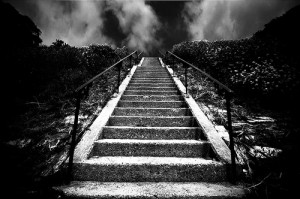 There was also the issue of the fact that we were on the 3rd floor of a high ceiling building with no elevator so all of a sudden getting up to and down from the office became the best cardio we could hope for. Not ideal for clients coming to visit, but we made light of it whenever anyone visited. Whether this in itself or a drive to succeed was to blame, but we found ourselves for the most part reluctant to leave the office for breaks or even in the evening to go home. I’d like to think it was sheer will, but laziness and not wanting to repeatedly climb those steps was the probable cause of us spending most of our time in the office.

A team of 3 of us now, in a small space, with, for all intents and purposes, not an easy way out meant that we got to know each other very well very quickly. The three of us who had come together to start the business didn’t really know each other all that well before hand so nerves got a little frayed, tempers and egos flared from time to time, but after a little bit of transitioning and a few sessions in the local we began to work as a unit.

At this point we only had a handful of small customers and it seemed like we had all the time in the world. As I discovered very quickly its easy to become complacent and lose focus, and one thing I regret looking back is not taking the time to plan long term while we weren’t crazy busy. We would find out not long after that, as we gained more clients, larger projects and more demanding timelines, the time to do business plans, set targets and work on our own marketing suddenly gets marginalised. We could also have used the early days to learn and upskill ourselves on things in the business that were not our strong suits, but these things would be learned in time.

And things did start to get busy. Fast. All of a sudden we were all out of our comfort zones. Between the running of the business and becoming experts in software and languages as well as new developments and standards, we all had to learn from each other. We also realised we needed more people. Sure we could have kept going doing the work that would pay the three of us but we wanted to grow, not just exist. It also became time to brand and get the name out there. This was fun, and for a while everyday we had some new little item or print in the office with our logo on that would give us a thrill, a sense that we were making something, but also an extra receipt to pay. Still though, it did look great having our own mouse mats and mugs when people visited. 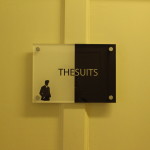 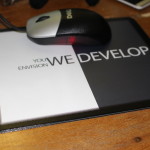 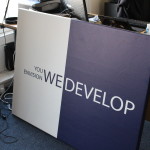 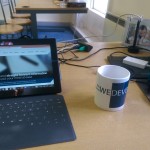