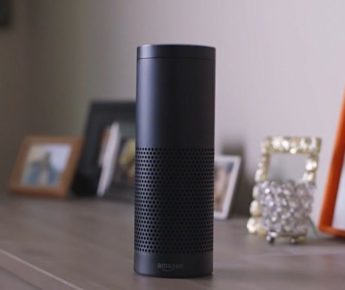 by ambyrne
Oct 4
2017
Lifestyle, TechnologyHow Amazon’s Echo & Alexa might save your life.

At some point or another we’ve had the experience of misplacing our phones. For most people it’s an inconvenience as we know we’ve left if somewhere in our room, apartment, house or whatever, but what happens when this comes at a time when its really needed, or worse, a time when it’s a genuine emergency.

Recently I’ve had the experience of having a close relative who has undergone a serious medical condition, and, although the prognosis is positive, the recovery time is long and fraught with obstacles and perils. Without going into too much detail, mobility is an issue as well as the possibility of losing consciousness or worse. While visiting him a few months ago he experienced a minor seizure. Nothing on the scale of life threatening, but enough of a shock to all present that we decided to call the emergency services.

My mind invariably went to the scary ideas of ‘what if we couldn’t find the phone quickly’? or ‘what if he had been on his own?’ As well as all the other possibilities that flash through your mind. Around about the same time I welcomed a baby daughter into the world and the idea of some days being at home alone with a fragile miniature human filled me with terror. Tech brain went into overdrive. 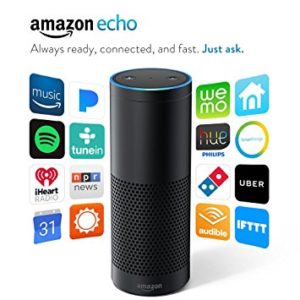 Enter Amazon’s echo devices. Probably everyone is somewhat familiar with these devices at this stage, but for those who are fuzzy on what they are, the Echos are essentially wireless speakers that you ‘dot’ (this is a pun which will become clearer later in this post) around your house. Nothing new you say? Well the difference is that they are not only smart speakers, they come equipped with Amazon Alexa, their artificial intelligence engine which allows you to command the devices to play music, change the radio station not to mention query the weather, turn on and off lights and query things on Wikipedia.

On face value a lot of people comment to me that phones have had ‘assistants’ such as Siri and Ok Google with similar functionality for years, and in part that’s correct, yet Amazon have gone to great lengths to make this a part of your home and a true assistant allowing additional functions like controlling thermostats in your house and even, depending on the region you are in, ordering Domino’s Pizza.

The technology and so called ‘intelligence’ is still in its infancy, but there is a function which is advertised, but I’ve realized is highly underrated. The ability to contact people through it.

Amazon have added the feature for web based calling through their devices in the form of Alexa calling. While this is in effect no different to using Skype or Whatsapp, there are some subtle but really important differences. At the most basic level, if I have an Echo device and you have an Echo device, we can call each other via the web just by saying ‘Alexa call John’ or whoever is in our phone book with an Alexa enabled device. What’s more is that all someone needs is to have an Amazon account and install the app on their phone, no device is really needed.

This is great because now, when I’m at home with baby baby (she’s 7 months at the writing of this) I can be knee deep in baby food and dirty dishes etc and mommy can call directly to the house and I can answer on the nearest Echo device just by saying ‘Alexa, answer the call.’ This is the true definition of hands free, and it works both ways, so I can ask her to pick up nappies (diapers for the readers from across the pond) if we’re running out while baby baby is still in my arms feeding.

Now obviously you can think of the possibility that if an elderly person falls at home for example, they could call their emergency contact just by calling out. A huge selling point for a device which in its simplest form is about €50.Amazon have gone one step further with this and added what’s called the ‘drop-in’ function. This allows you to use Echo devices in the same location as intercom’s by asking Alexa to ‘drop-in’ on another device in the building assuming they’re on the same account. No need to ask Alexa to answer, this just connects, and here is where the potentially life-saving part comes in; if you have someone in your contacts with an Echo, you can permit them to drop in on you also. This means that if you have a relative that you want to check in on, if they allow it, you can periodically connect to their echo and ask how they are.

While I’m aware there are potentially privacy issues to consider, the analogy I’d give is that we often give relatives and neighbours keys to our homes on the assumption that its used responsibly, in this case at least they’re not physically arriving unannounced.

Full disclosure in case it wasn’t apparent, I’m an early adopter when it comes to technology, and this post is one looking at the non-obvious applications of the tech that I buy. I’m sure someone will say that this is just to justify the expense etc, and to a point this is true, but I’m really sold on the idea of technology being used for ideas like this. 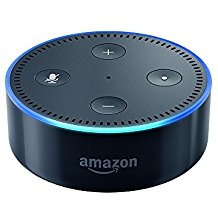 Second point I’ll make the reader aware is that strictly speaking the Amazon Echo devices are not available in Ireland, which is where I’m based, but Amazon, although they do not support the region I’m in, do not prevent the use of the Alexa devices and services, although the initial setup, and indeed buying them requires a bit of ‘MacGyvering‘ initially, but all in all the slight inconvenience is well worth the upsides.

I’m now looking at putting (or dotting) their basic device, the Echo Dot (see, if you wait long enough you get to my terrible puns) in various locations around my apartment as well as in family and friends houses. If you are interested in setting yourself up with an Echo device and live in Ireland or somewhere where they are not officially supported, please feel free to contact me on the contact page and I’ll do my best to point you in the right direction.