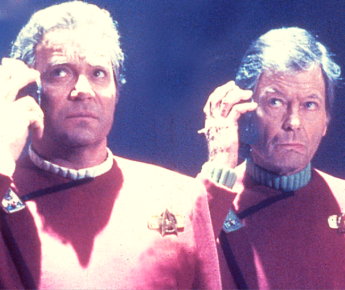 by ambyrne
Oct 5
2017
Lifestyle, TechnologySci-Fi may have just made learning a foreign language obsolete

The universal translator has been a familiar trope of science fiction works for as long as I can remember as the idea provides the writer the ability to get past the language barriers that would make much of their stories more cumbersome, or altogether impossible. The act of travelling to an alien world and allowing a device to extrapolate after only a few moments the language of the indigenous population means we can skip straight past the boring realities this poses and right to the space battles and laser filled shoot outs. (Or phaser filled weapons exchanges if you’re a Trekkie)

For decades companies have offered ‘instant’ translation through technology, and I’m sure anyone my age remembers eagerly putting phrases in to the now defunct Altavista ‘bable-fish’ website to find the right way to finish a French assignment for school, but these efforts were clunky and even a cursory inspection of the work made it obvious that a machine had just taken the dictionary translation for each word and mashed them together.

Then came smarter services that would take the words in a sentence and after a few seconds of processing could spit out an approximation of what you had typed into the requested language. Handy for travelling, getting directions etc if you had WiFi while abroad, but still took the effort of typing or speaking the complete sentence, waiting for the apps efforts and then either stumbling through the offered phonetics or letting the software’s own monotone voice recite what you ‘kinda’ meant. 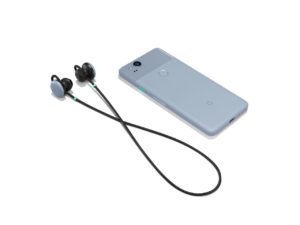 Enter Google yesterday with their wireless Bluetooth earbuds, called Pixel Buds. Not only are these a direct competitor to the Apple AirPods released late last year, but they have teased a genuine killer feature in the form of real time translation for about 40 different languages. While other devices have claimed to do this before, none have lived up to the expectations or generated a noticeable lag in the time it took to actually translate. Google it seems, if their presentation is indicative of how they’ll work in the real world, have managed to crack this long sought after geeks dream. Sure beats putting a small, yellow, leech-like fish in your ear.

At first I was thrilled by this idea. The prospect of going to a far off land and being able to converse almost seamlessly seemed to have no downside, but after a little mulling it over, I took a step back and started to think about the potential knock-on consequences. Are we about to make people very lazy when it comes to actually learning a language? Will this signal a decline in the amount of people who will spend the time acquiring a second or additional language if all they need to do is pop these buds in their ears and become fluent in seconds?

The argument can be made that the creation of things like kindle and audible haven’t made a noticeable impact in the number of books bought yearly, in spite of the fact that fewer and fewer bookshops seem to exist. Lets face it, online killed the retail star so to speak in virtually every area. Why buy your music in GoldenDiscs if you can subscribe to Spotify, but is this the same thing? We still learn mathematics even though scientific calculators are common place, but some might say you still need to understand what you’re entering to understand the result, whereas with a language you just need to be able to speak your own for this device to work.

Is this just the way things are going? Do we need to rely on schools to ensure that future generations learn languages and everyone else will just rely on the tech? I’m slightly torn in this as I have a daughter I’m trying to raise to be bi-lingual and I hope that this, among other things, will instill a love of language in her. I worry though that for many people they may feel its redundant to speak an additional language if you can just by-pass with a device.

Is Google automating the world?

Yup, technology is supposed to help our day to day lives etc, but I can’t help but feel that there’s something lost in translation if this becomes the norm. If it’s really effective and efficient what then happens to the people who are employed as interpreters and translators? Maybe I’m skipping ahead to a time when driver-less cars will replace cab drivers, but that future seems squarely on the horizon.

I’d like to hope that there will always be those who learn to speak French, Italian or whatever language out of the pure love of the language, or to sit and watch a foreign language film with all the nuance of how it was written, and the technology mentioned will simply be a tool for travelers and professionals to make life easier, but part of me dreads the very real prospect that there is a large group that will just take the easy road rather than making the effort.

Side note. Full disclosure, my French is very rusty and in writing this I’m committing myself to dramatically improving over the next few months, primarily so baby baby will not end up running rings around me in a few years and having private conversations that I don’t follow. I also know that language acquisition is a long and difficult process so I believe there is a definite place for the universal translator, but I’d love to thing that nothing beats the real life conversation with all its complexities and personality.