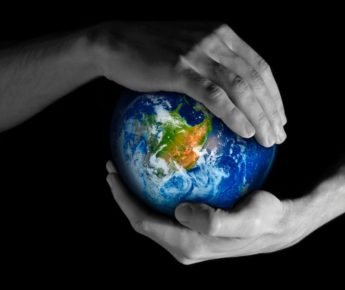 by ambyrne
Oct 6
2017
Lifestyle, OpinionDo dreamers need to be ruthless to save all of us?

Here’s to the crazy ones. The misfits. The rebels. The troublemakers. The round pegs in the square holes, we’ve all heard the quote made famous by Steve Jobs during the Think Different campaign from Apple but who are today’s crazy ones and how are they making our world different? More importantly are they forcing us to ‘think different’ and if so is that the push we need?

I recently read the biography of Elon Musk by Ashlee Vance and, although the book itself veers towards  turning the author into a fanboy of Musk, the underlying message that I took away is that the dreamers still exist, and yet, despite the likes of Jobs, Gates and others leading the way back in the wild west days of Silicon Valley, we still refuse to believe in them. Musk’s rise to success and fame as well as his creation of some of the most innovative tech on the planet has been plagued with naysayers and people trying to tear him down. Without doubt his single mindedness and punishing standards have rubbed many up the wrong way and alienated him from friends, business partners and thought leaders alike, but is there a need to be that bull-headed in this day where we delight more in people’s failures then their successes.

I use Musk as an example as someone I admire and who’s career I follow, but he is not alone. There are others like him who are less in the public eye who use their wealth and influence to aid not only themselves but the world as a whole, and yet for some reason we prefer to focus on their faux-pas or times they stumble, not to mention their personal issues rather then the motivation behind them. To make things better. To make people think different.

Countless TV movies and documentaries highlight the less then scrupulous ways that Bill Gates acquired the software behind the original MS-DOS or the borrowing of ideas such as the mouse from the likes of Xerox, yet virtually none mention the fact that he tries to save as much of the rain forest as he can, or the Bill & Melinda Gates foundation which provides grants and supports for education, the developing world and more. This to the tune of somewhere in the region of about $40 billion dollars.

I’m not trying to make the argument that we should gloss over the way people come into money or excuse if they are unreasonable in their business dealings or with their employees, but I do wonder if the ability to be stubborn and at times ruthless is not only what got them to where they are today, but also what might ultimately lead to real change in the world.

I suppose the question I’m asking is do the ends justify the means or the personality?

Musk has announced an ambitious plan to get mankind to Mars in the next decade as he believes for the survival of the human race depends on us being a multi-planet species. In creating this goal though he has set grueling work schedules, tough accountability and even been ruthless it comes to sacking anyone, even his closest assistant, who he feels is not performing. And to be honest maybe this is what it takes.

This is a bit of a double edged sword though, he’s ruthless internally, but it seems he’s prepared to do the same externally. When he started Tesla he faced stiff opposition from other car companies, investors who believed that you couldn’t start another car company in the USA, not to mention lobby groups for oil who didn’t like the idea of electric cars. Musk ploughed ahead and although he missed deadlines, experienced financial difficulty himself, and even made wild promises to customers, we now have Tesla cars as a shining example of what’s possible. Not perfect yet, but the other big boys are now taking note. 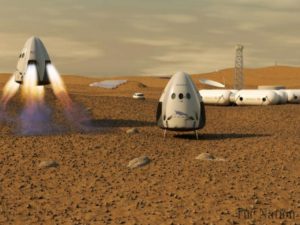 With SpaceX Musk has to be even more cold and clinical. It’s very public failures as well as the fact that so many people doubt what he is planning have meant that the company has been forced to re-invent the wheel, which at times has driven people and employees to the brink. With this pressure and the world willing another rocket to crash just to prove that Musk’s reusable rocket idea is too far out there, SpaceX has had to innovate and at times take a hard line with established companies, governments and space organization.

But the potential upside might be huge. Imagine a time in the future when solar panels provide most of the electrical needs for your house. Your car can just be plugged in and emits little or no harmful by products, or when the rain forests are privately owned and no longer logged for paper, textiles etc. Currently on a global scale we are seeing large, influentially governments rebuke climate change, repeal laws protecting wildlife and worse. In these times, do we need then to rely on the likes of these dreamers to protect all of us, whether we like it or not?

There’s a question underlying here that I’ve danced around through thinking about this, do we need to re-think how all of us act when it comes to our interactions. Is there an argument to be made that if we we’re all a bit more direct in our dealings things would get done more. Then again I see the fact that the loud, brash and difficult people are also on the other side, and leading the charge in the opposite direction. These are the businessmen turned presidents who promote isolationism and refute science and logic.

I’m throwing my hopes behind the dreamers that I’ve mentioned at the beginning, but while being ruthless and blunt is definitely an asset, all too often this can be corrupted by people who are using it to be simply the loudest voice in the room and get their point across. How then do we filter the crazy ones who aim to help us make the world better from those who want to further their own agenda?