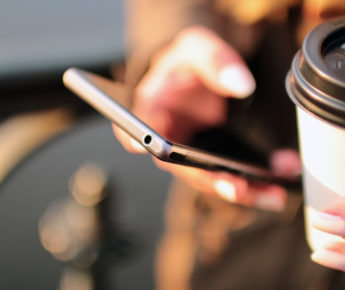 I used to get a lot of calls on my mobile. I mean a lot. I’ve had the same number since as far back as I was about 13 and this means that there are so many people who have my contact details from old school friends, casual acquaintances, not to mention people I’ve worked with, former customers, business associates and more. The plus side of this is that I have a large group of diverse people who I can potentially contact if I need something or I want to get a group of friends on a night out, but it does lead to the issue that the phone does ring frequently.

I got rid of the landline in my apartment well over 10 years ago as I was never consistently at home, plus it seemed to me, like so many others, that if I had the mobile, this was simply adding the number of ways I could be reached in the same place. It was also one less bill and one less set of digits to try to remember. I thought this would lead to fewer calls when at home, but I quickly realized that the volume of calls on this fixed system were tiny and year on year my mobile rang more and more.

For a long time I prided myself on the fact that I was willing and able to answer a call whenever and wherever it came up. This meant taking late night calls from friends with something on their mind or some personal ‘crisis’ after a few drinks, to unwittingly taking marketing calls because the number looked vaguely familiar. Pretty soon though I began to hate talking on the phone, and, although I wanted to be available for people, there were those who were keen to take advantage and knew they could reach out to me whenever suited them. 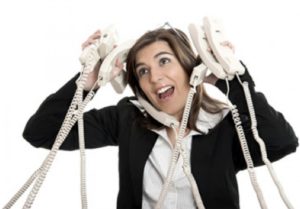 Years of working in and training call centers further made me dislike the phone as a method of communication, and the sales person inside me always preferred the face to face for the personal touch, or if it was a short simple interaction, text and e-mail. I began down a path that divided my day-to-day comms. into one of these 2; either I’d meet people in person, chat and deal with them face to face, be it with a friend over coffee, or signing a deal with a client. Or it was option 2, got something that doesn’t need to hear my voice, e-mail on my phone (I’ve subsequently refined this too in my article about inbox zero) or a text for something quick meant I could consider my response and get back in my own time.

This may seem cold and a little arbitrary, but there was method to my madness. I tried the following for a few weeks. I took a note of when I took calls and the disruption they caused to whatever I happened to be working on at the time. We’ve all been in meetings or with friends when someones phone rings and they disappear for a prolonged period to deal with the call. This is frustrating, and yet we have all seemingly let this become part of the norm in our dealing with people personally and professionally. Even when I’m on my own and in the middle of working on something important when the phone rang I often put everything else aside and took the call. I know what you’re thinking, ‘yeah, but the other person took the time to call’ and while this is true and it seems a bit rude to screen, shouldn’t conversations that are not urgent be at a time that’s convenient to both parties? I just wanted to get back some sense of control so I became more strict about saying straight after answering ‘I’m sorry, can I call you back? When would suit you?’

By using this very simple change at the start of the call, I discovered that most people we’re willing to either find an appropriate time for both sides, or better yet, just mail me with their question, update or whatever meaning I could answer them with a better thought out reply. Through this little experiment I found that my own work was more structured and I tended to be better with my own timekeeping when it came to getting tasks done. I also had the added benefit that my mind was not side tracked by something else, and I could focus on the job at hand. This was a small revelation, if such thing is possible. Now I had one final obstacle to overcome, there are those people who call, and whatever I’m doing, I need or want to pick up. My business partner for example, or my Dad who was at the time recovering from illness, not to mention the fact that I wanted to expand my process to screen me more if I’m at home and want 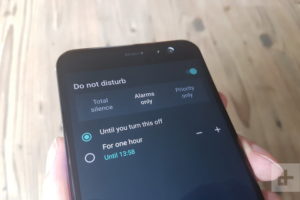 Call Screening with Do Not Disturb

Enter the do not disturb function on my phone (and on many Android and iOS phones). I selected the 10 / 15 people who I wanted to be able to contact me no matter what time it was or where I happened to be and added them into a list on my phone of priority people. Now with the tap of a couple of screens on the mobile I could go from anyone able to call me, to automatically sending everyone to my voice mail, which updated to ask them to text me if it was urgent, unless they were in this list of approved callers. I’d still get a notification on my screen that someone had called, and people could text me, but it was much less intrusive, particularly at night, and yet close friends and family could still always reach me. First thing I noticed was that nuisance marketing calls in the evening disappeared, and I don’t mean I just didn’t hear them, they stopped calling because they constantly got my voice mail whenever they called and regardless of the number they used.

I’ve taken to expanding my use of this ‘do not disturb mode’ for times when I’m in meetings, or doing something important where being interrupted might throw my work off, or cause issues. Similar to when people put an out of office on their e-mail when they’re in meetings, this has led me to feel less discomfort when the phone rings as well as meaning my friends don’t see me dash out the door as often when we’re socializing to deal with something that could most likely be dealt with the following day.

While not a perfect solution, little steps like this as well as being more disciplined with e-mail and other communications have helped in some small way towards a better work / life balance.