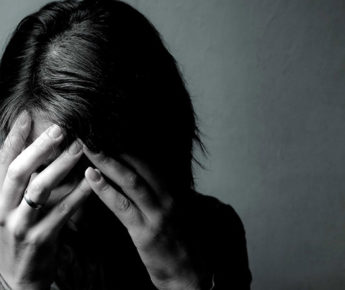 There are many things I would have liked to learn in school, and a lot of things I know that can’t be learned or taught in these environments, but today I was reflecting on the first time I really thought about mental health. I remember having a discussion in primary school about how, even surrounded by lots of people I felt alone and isolated, and didn’t seem to understand why other people didn’t feel the same way, and that kids my age didn’t comprehend what I meant.

It was a strange thing at that age to be aware that I felt different, or that I perceived that I felt different to everyone else around me. I began to think that maybe I was different, and perhaps there was something wrong with me, and as a result my behavior and how I talked was considered strange and before long I became a bit of an out cast. Almost a self-fulfilling prophecy.

Obviously the issue of mental health was not discussed, and more over anyone at that age who was perceived to be in any way strange was termed ‘mental’ or a lunatic, and this was just the glib teasing of young kids.

In the last few years we have seen globally a push to embrace our own mental health and to remove the stigmas associated with the conversations. We’re not quite at the level where everyone is comfortable to disclose when they are having issues or are privately struggling, and there are still many cases where we feel it wiser to conceal rather than discuss. Work places seem to still be an area where the challenge of mental health still seems a bit taboo. Even though many employers provide employee counselling services and supports, I still talk to many people who feel that there still lingers a ‘don’t ask, don’t tell policy’ when it comes to this area.

I was fortunate several years ago to have had a more senior person in my department where I worked, someone I didn’t really get on with very well generally, but who took me aside one day after spotting me and very effectively said that she had seen that I might have an issue, and that she was there if I needed to talk. I was dumbstruck at first, primarily because I thought I had hidden my problem in the workplace to the point that I didn’t think people were aware, but also by the fact that this manager was very frank, open and honest and really made me comfortable chatting.

This has stuck with me to this day, long after I left that company, but I didn’t question why was I not willing to speak up earlier, and why even people closer to me at work had either not spotted that I wasn’t okay, or if they had, why had they not said something? 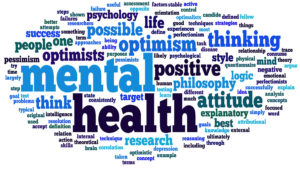 I really consider myself lucky that for the most part I can deal with the times when I don’t feel right and have a support system in place for the times when I need that little bit of extra help, and I’m even more lucky to be surrounded by friends who are open and comfortable having discussions about mental health, but there are still people I know that I wouldn’t dare to open up to as I fear they wouldn’t understand, or worse, judge.

Today, while working from home, I spent some time think back to when I was younger, and I can’t recall until I got to college any time when I was educated or talked to in any meaningful way about mental health. It was fitting that today, being World Mental Health Day I felt a bit down. Nothing in particular I could pin point as a cause, I just didn’t feel right. Not for the first time recently I retreated a bit into myself and struggled a little to ensure that my daughter only saw a smile on my face when I played with her. I resolved that when she gets older and can understand, that I will sit her down and tell her that it’s okay to not always be okay. I hope when that time comes I’ll be able to sufficiently explain the complexities of mental health and what she can do for herself and those she cares about.

Lately I’ve read more and more about awareness in this area and that if people understand the causes, issues and warning signs there is much that can be done. The HSE has made a good start with the campaign around yourmentalhealth.ie but much of the information out there is focused on adults and issues in the workplace, and getting the young people and even younger kids to explore mental health will do a lot to ensuring that the next generation speak openly about their challenges, and hopefully understand and support each other better.

There are groups that travel to schools and give talks and workshops which are really excellent, but as we become more aware of health issues and the more we know about certain conditions and illnesses we need to back this up with more education and a push to normalize the conversations in the same way we talk about physical health.

For my part I know that there are many times when I choose to cover up the fact that there’s something wrong, or I mask the fact that I’m feeling blue by making my outward appearance more jolly, yet this is fine to a point, but maybe, just maybe, if I’m more honest about my challenges from time to time, someone else will speak up about theirs. 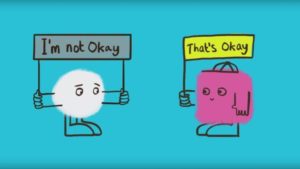 It’s Okay To Not Be Okay

Today being World Mental Health Day, is a good time to stop for a moment and think about the fact that all of us have experience tough times and, yes, this is okay, and not only should we be talking about our problems, but we shouldn’t shy away from having the conversation with our kids. We should think of this firstly so they don’t see it as something to fear or judge, but also if they are more aware and educated, they will take better care of themselves and those around them.