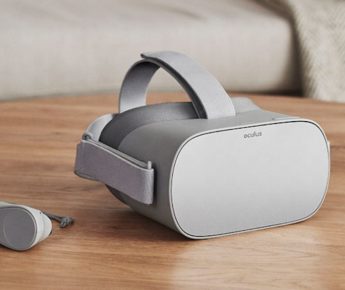 Virtual Reality is one of those technologies which keeps coming around and yet somehow until recently never really seemed to find its footing. The main reasons for this were the technology itself which just wasn’t fluid enough to make for a really immersive experience, and the other major issue, its expensive, cumbersome and generally a pain to use.

A few years ago my company invested in an early version of the Oculus Rift, the DK2 to see what all the fuss was about and decide for ourselves whether this long wished for tech was going to become a reality or if it was just too impractical to ever be in mainstream use. After nearly 2 hours of fiddling with cables, drivers and setting up a developer account as well as figuring out where all the straps on the headpiece went we finally had the device up and running. 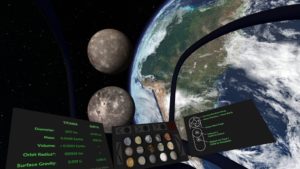 The first app we tried was the incredible Titans of Space which puts the user into a small pod like craft and lets you explore in wondrous detail the solar system, learning about planets and asteroid belts along the way. Combined with a slowly building sound track the experience was exhilarating and I must confess I was impressed, that is, until I took the headset off. Like many other people I felt dizzy and my eyes felt tired. The display on the two screens just wasn’t crisp enough and didn’t respond fast enough to prevent a feeling of nausea. The image was at times fuzzy and grainy but I still enjoyed trying it out. 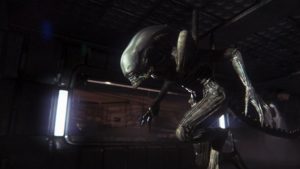 Alien Isolation is terrifying in VR

Since then I’ve experimented with the developer kit about a dozen or so times and tried several other apps and even managed to get the really excellent yet underrated Alien Isolation to work (kind of) in Virtual Reality on the headset. Newer headsets have come along since then and the commercial version of the Oculus Rift is a major improvement on the prototype, but there does come the issue of price. It’s expensive and it’s still tethered to your PC, and speaking of PC’s your rig needs to be fairly powerful to get any sort of usage which means more expense.

So, to date VR hasn’t been for everyone, in fact it seems to have been relegated to developers and gamers who want to be on the forefront of the latest hardware, and there is a place for this. The only issue there is that if it’s a niche market will there be enough games that support it? Will enough developers work on titles for VR? The big flurry of 3D titles we were all promised when the conversations about virtual reality kicked off again a few years ago have failed to materialize, and games which do support VR seem to mostly do it as an after thought.

At the opposite end of the spectrum, the mobile phone gurus thought, hey, my phone has an amazing little screen what can I do with that? Before long Google and Samsung among others were working on headsets that you could slide your phone into. These devices could be cheap, plastic or even cardboard as they didn’t actually have any technology in them, the phone did all the work. The same problem arises that you need a decently powerful phone, but most people are more likely to update their phone regularly than their PC.

All of a sudden you could have small, light weight apps in 3D that could show someone what the inside of a McLaren F1 looked like while racing, or a tour guide could walk you through a house on sale in Beverly Hills all by slipping your phone into a headset and downloading the appropriate app. You didn’t even need to buy the VR unit, you could even download a template to print your own. Surely everyone would be using these before long?

Sadly the novelty factor of these seems to be the main usage, with the exceptions being businesses who ‘want to do something different’ to showcase their products or service, but they still just haven’t caught on. The most likely reason for this is because so many phones are different, some of the headsets a specifically for a certain brand and the space needed on the internal memory for a decent app is quite large. Whatever the reason the combination of the cheap unit and mobile phone just hasn’t landed.

Yesterday, Oculus announced a new virtual reality headset that would sit squarely between these two extremes. A standalone device they’re calling Oculus Go. What makes this version stand out is that, although its fairly in-expensive (you’ll note I didn’t say cheap) it operates without the need for it to be connected via a bundle of wires to your PC, and it doesn’t need your phone. It is its own computer. Apps can be loaded and you can use it as a portable entertainment system complete with built-in audio without needing to be tethered to something else.

Why is this important you ask? Well as its own entity it will have one set of specs and one standard, rather than trying to work with multiple phones, and they can beef up the hardware as it doesn’t need to have all that phone calls and texts stuff built into it. It can just be a VR headset. Not being tied to a gaming PC means you can actually take this with you and play games on the go, or sit in your living room where your PC might not ordinarily be.

Oculus are claiming to have around 1,000 VR games, social apps and 360° experiences ready for the Oculus Go and are working to create a standard that would mean developers could work on apps for this device at the same time as apps for the phone based VR. The other thing you’ll also note very quickly is that it’s a lot better looking than previous attempts. Yes you still have a big chunk of molded plastic strapped to your face, but they have tried to make it slightly less unappealing by covering it in fabric.

Facebook as an example are pushing to make VR a norm in people’s lives and have set an ambitious target of 1 billion people using VR. I’m skeptical as to whether you’ll get that level of uptake for what is mostly an entertainment device, but some may argue that very few saw the level of smart phone usage several years ago. I’m cautiously optimistic yet have one final thought. Facebook want to use virtual reality as a social tool with hangouts and tours in VR, but what about the rest of the people in the room with you?