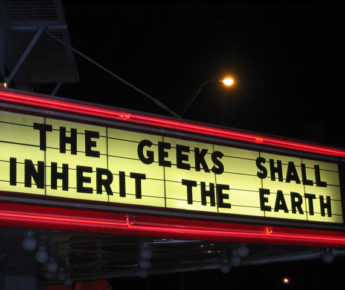 by ambyrne
Oct 13
2017
Lifestyle, TechnologyThe geek will inherit the earth, and I’m delighted

Watching the new Star Trek series on Netflix the other night a thought struck me, I’m still a geek. It wasn’t the first time I had the idea pop into my head, it was just the co-incidence of simultaneously getting a message on Facebook from someone I went to school with. These things will all make sense, I promise.

I don’t have many of my secondary school friends on Facebook, (that’s high school for those of you state-side) and the reason is simple. I didn’t fit in back then. I was the weird kid, the nerd, the guy who said funny things, and by funny I mean they were hilarious in Klingon, but to anyone else they just seemed strange. While everyone else was watching football or talking about Dawson’s Melrose 90210 (yeah I know that’s not right) I was watching Star Trek TNG and the X-Files.

I didn’t care really that I had different interests to everyone else, and for the most part I didn’t care that they made fun of me for it. If they were doing that they’re not kicking me or trying to set fire to my hair which is always a plus.I just felt that science fiction and fantasy were a better lens for life then soap operas, and at the very least they promoted an optimistic view of the future as well as being complete escapism from reality. 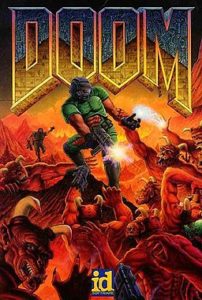 When I was about 13 or 14 my year was given the Hobbit to read and I remember clearly that I was the only person in my class who actually finished the book. Even some of the smarter guys in the room confessed that it was too long and they couldn’t get through it, but I ate it up and bought the Lord of the Rings trilogy shortly afterwards. This was not to be an isolated incident. I played board games like Hero Quest which was a pared back knock off of dungeons and dragons. I had a stack of computer games and for years looked for someone to play multiplayer Doom with. To no avail.

Sufficed to say I didn’t really get along with the other kids. Foolishly I learned to hide this geeky side of me as I got older and talked about my forbidden loves of Babylon 5 and Quantum Leap less and less. By the time I reached the end of school I had learned to all but keep my mouth shut about my hobbies and interests and sought refuge online and in the few stores like Forbidden Planet around Dublin.

Suddenly in college my eyes were opened up. I met groups that not only shared my interests, they expressed them in societies, film nights and even group gaming sessions. Slowly but surely I began to realize that not only was there a place for the fandom and Trekkie-ness, but it could be a positive.

I joined college at an interesting time when the dot-com bubble hadn’t quick burst yet and people were still very much in the technology frame of mind. Stories were still coming from Silicon Valley of untold riches that could be made by the tech-savvy and the majority of these people were geeks like me. Even after the bubble went pop the enthusiasm didn’t falter that this was the space to be in.

Over the next few years it became clear that no industry could escape the reach of computers, the internet and technology in general. Once seemingly inflexible and conservative industries and business were learning to embrace the future. Banks for example saw the benefit of doing things digitally instead of cheques and tellers. Even farming started to use monitors for livestock, automated machines for crops and more. Before long the most coveted jobs were in IT and along with this came the rise of the geek. 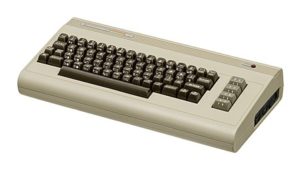 Commodore 64 The Peak In Computing

Before long it seemed like everyone was a fan of Firefly. Conversations about favorite superheros became the norm in even the most uptight circles, and the world started to cash in on this. Not only this but the money starting flowing to the techies again. Hollywood caters for the Marvel and DC fans and TV shows are being revived, sometimes really well in the forms of Battlestar Galactica and the new Star Trek. Games are going retro to let you relive your Commodore C64 days of old or if you were a console kid, there are a range of mini retro console machines where you can live out your 16 bit glory days when you used Mario to squish mushrooms.

Something else has changed. At first I became a go-to person when people had issues with their PC or their phone, but more recently I get asked about the new gadgets they should buy, or what movie to start with in a cinematic universe. The power, the glorious power. However, there is something to note. Where once I was the outsider, the alien if you’ll excuse the pun I’m now just part of the crowd. The community has subdivided into factions and at times I struggle to keep up in the arguments over Anime or which adventure time character is the best.

Geek life has become main stream, and this is great. Yeah there is some snobbery involved and, like with any special interests there are those who go to the extremes with their fandom and can come across a bit cult like at times, but the main point is that we’re all geeks now, whether we like it or not. As a funny side note, I have run into people I was in school with who have apologized for picking on me when they were younger and I’ve even had full-blown debates with some of them over shows they have finally got around to watching.

Yup, the tech guys are the ones making the big bucks with their app ideas and the gadgets they create, and they paved the way for the rest of us, but now it seems, particularly where I live, that the geek is the majority. At the very least, TV, entertainment, movies even kids toys seem to be focused squarely at sci-fi enthusiast and the fantasy fan. Even our clothing lines spoil bat symbols and the traits of some Harry Potter house from time to time, so yeah the geeks are here to stay.

Note, I deliberately left out any reference to the Big Bang Theory as its such a divisive TV show among geeks. Besides, it sucks.