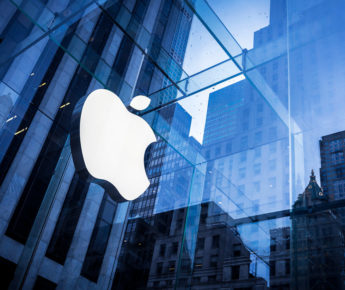 by ambyrne
Oct 16
2017
Lifestyle, Opinion, TechnologyHas Apple fallen too far from the tree?

Full disclosure before you continue reading this post, I’m not a fan of Apple and I can’t say that I ever have been. I’ve long-held the belief that they are one of the best companies in the world when it comes to marketing their products as well as being brilliant at design, but although they claim to be the first to market with some of their products, the reality is they are just best to market. The iPhone is a classic example of this, they touted the iPhone as the first device with e-mail, internet access etc, and somehow convinced the world that this was true. 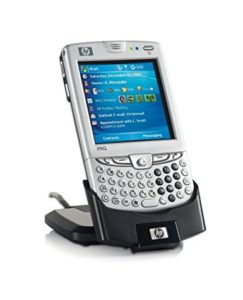 Don’t get me wrong the device itself was sleek and well refined, and they had delivered something that was almost unique. The first iPhone is now 10 years old, and looking back I remember while working for a particular mobile phone company they asked me to do a presentation on the so-called new ‘smart phones’. To everyone’s surprise I focused on my favorite device, the Compaq Ipaq. (soon to become HP Ipaq) The version I had, the HW6500 I think, (followed by a 6915) ran a crude version of Microsoft Windows and had a full-fledged browser, could play music and video files and I could get my e-mail on it, and all this 2 full years before the iPhone came out.

I know what you’re thinking, it was bulky, difficult and the availability of ‘apps’ was virtually non-existent, and you’d be right, but again, 2 full years before! The iPhone was a better device all over, from its look and feel to the way it delivered and its simple interface, it truly brought smart phones to the masses. Here was Apple’s real innovation. It took the smart phone idea, which people were either unaware of as a concept, or believed it only for techie people and executives and made it for everyone. They made it cool.

They did this in the same way with the iPod and even the tablets they created and under Steve Jobs they made people fall in love with tech. Queues were common when a new device was released and by the time the iPhone 3G was released Apple had secured themselves as the leader in what was hot in the mobile world. My personal feelings about them aside, Apple we’re expert marketeers and the slick advertising and hype building was so effective that people wanted an iPhone just as much as a status symbol as a full communications device.

Jobs though, not only had an eye for design, he knew that in order to really keep people coming back their products needed to be innovative. Even if similar technology existed, Apple needed that killer feature or design aspect that no one had done before. From the app stores to multi-touch and 3D touch screens that allowed multiple function depending on your gestures or how hard you pressed there was a unique something that the competition had to catch up with. Jobs also kept Apple refining the look and feel and each new version left everyone holding their breath to see what would it look like. 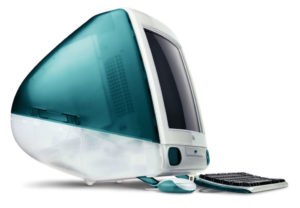 All of the above is not solely true for the iPhone. Apple continued to refine their Mac books and desktops and in terms of really unique design no one can deny that the all in one, multicoloured iMac G3 was a revelation to the PC world and their more recent laptops with incredibly thin designs and oddly shaped batteries to make the best out of every nook they could have pushed the aesthetics of computer design and forced other manufacturers to imitate and try to match.

In summary they know how to build really sleek, beautiful products that people really like to show off and in fairness are really cool. I still wouldn’t buy one though.

The reason for this is 2 fold. Firstly as a tech guy I find Apple really restrictive. They retain complete control of what you can and can’t do on their devices. If you want to put an app on the phones it must go through an approval process in their store, which is good to keep quality high, but a real pain if you just want to mess about and learn how it all works. The PC’s are similar in that, although the design is fantastic, they’re really not meant to be altered or upgraded. This frustrates me as I’m one of those kids who took apart the VHS machine when I was a kid just to see how it worked and then put it back together. Don’t even think of doing this with your Mac, trust me. The second is the cost for what you’re getting. I get more for my money when I build a PC. It may not be pretty, but it’s my specs.

Apple’s PC’s and tablets fit a certain type of user. They are great for the novice home user as they are easy enough to use and are almost unmatched for video, audio and graphics editing, but if you’re the type of person who likes to get their hands dirty with badly written code, or debug or build something crazy, it’s not so easy. If you’re a beginner and decide to try something new you might find some obstacles. Gaming for example can be a bit troublesome at times. Try playing a PlayStation only game on an Xbox and you’ve got a basic idea of what i mean. Hey, I’m not gonna lie, I still get frustrated by the lack of a second button on a lot of the Apple mice.

So what’s been happening lately over at Apple HQ? Well they’ve announced the iPhone 8 and iPhone X and I was underwhelmed. Yeah, they’re nice looking devices, but I was expecting a wow factor. There were rumors over the last few weeks of augmented reality displays, 3D capable screens and many more wild ideas, but they’re just updated iPhone’s. They’re fast, powerful and have great displays, but so far the unique things like the facial unlocking seem to have been a bit of a dud.

Apple has a reserve of somewhere in the region of $250 billion and this is a good thing as their sales in tablets, PC’s and other devices have slowed considerably. Yes they’re still a safe bet when it comes to investing or for their shareholders, but given that the iPhone is their most important product and the competition has more than caught up, do they need to go back to being more innovative instead of iterative? Each new model seems like a small hop from the next instead of a leap forward in technology and the hero products like Apple Pay and the iWatch just haven’t landed the way they’d hoped. The question here is, without Jobs are they pushing hard enough at innovation?

With this huge reserve in cash, perhaps its time for them to look at some strategic acquisitions. Google bought YouTube in 2006 for example to have a content driven site, and are now looking at creating exclusive programs for it. Do they need to look further than their existing suite of products to get back to that creative edge? Maybe they’re content for the moment to iterate and be that safe bet, but I wonder if Steve Jobs would be happy with the fruits of their labour?