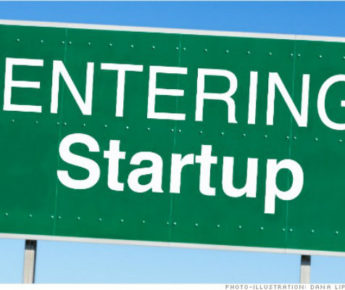 Up until a few years ago I had a really good job. It was one of those jobs that before I got it I believed was my dream job, and in truth for the first 3 or 4 years I enjoyed pretty much every minute. It was well paid, challenging and enabled me to work on and talk about things that really interested me. At first I couldn’t imagine doing anything else, and this was later to become a problem. The role, while perfect for me at the time, couldn’t grow with me and if I wanted to progress in the company I had to sacrifice the past of my day-to-day job that I loved the most. Seemed like I was stuck. What was worse, after my fourth year the place changed, pressure piled on and it soon began to make me deeply unhappy.

I was difficult to pin point why exactly this had gone so drastically from an amazing career to something I actually began to dread going to do every morning. All I knew was that I had to get out, and despite all the common sense screaming in my head I resigned without something else to go into. It was a bold step, and I had rationalized it with 2 thoughts; firstly that I’d just become more and more unhappy if I stayed, and secondly if I left I could clear my head and figure out what I wanted to do next.

For the next couple of years I floated from idea to idea dipping my toe in various projects to see what peaked my interest, and after a while I realized that more than anything else I didn’t want to go back and work for a large company again. In fact, the more things I experimented with the more I knew in my core that I was more interested in being part of something that started from the beginning and watching something grow rather than becoming a cog in a machine.

Whether I knew it or not at this point I had set off down a path to startup life, and what a life it would become.

It’s difficult for people who haven’t caught the startup bug to understand the spectrum of emotions that you end up going through on a regular basis. Many people said to me when I started my first ‘business’ (a small technology training service for small companies) that it must be great to work my own hours and have so much flexibility. Others commented that they’d love to have time on their hands like I clearly did. I even got the, ‘wow, I’d love to not have a boss to answer to’ comment a few times. Let’s just be clear, none of the above is, was or I believe ever will be true.

Working 80 hours for yourself is still better than 40 hours in the rat race.

There’s an old joke in the entrepreneurial circles that you start a business to work 80 hours per week so that you don’t have to work 40 hours for someone else. I never dreamed how true this would be until I started. The concept of having the free time and flexible hours that people imagine is nothing short of a myth, and late nights and early mornings quickly became the norm. As for not having anyone to answer to, I discovered that having to discipline myself and be responsible not only for my own work but also whether bills got paid, clients got called back and so on and so on, was tougher than any manager or supervisor I had previously worked under.

I can only begin to describe the stress and pressure that I put myself under, and often I asked myself why I didn’t pack it all in and go back to a regular work environment with a steady pay cheque. The problem was that it became addictive. I realized very quickly that my training business was fine, but for the amount of work I was putting into it that it just wasn’t worth my while and soon began thinking about my next idea. Not going back to a job or a career, a next startup. Again I bounced around various things from an online games company, to IT services, social media management and web design and somehow even hosted a radio show for 2 years about startups in Dublin.

All through this time I became more and more convinced that it wasn’t about the hours, or the flexibility or even the idea of potentially stumbling across something that would make you rich, there was this intangible element that made the startup life appealing. Maybe it was the reliance on yourself and the constant struggle that became like a drug to your system. Whatever it was I soon couldn’t imagine doing anything else, and all of a sudden my worry about not having some killer idea, app or invention took a back seat to just wanting to keep doing going.

I had one short-lived success which I won’t go into too much detail about here, but I learned the hard way that not everyone is cut out for the startup life and you need to be really careful about who you go into business with. This is sometimes not so much about the work or the pressure, but their attitude and opinion of what being in a startup is. I do it now because I feel like its part of who I am rather than because I like the idea of being the boss.

At the time of writing this I’m working with a group of people who feel and act the same as I do and are concerned with the idea first and foremost, but all of us have agreed that if it comes to the point that this particular venture doesn’t work, we’ll move on and most likely work together on something else. 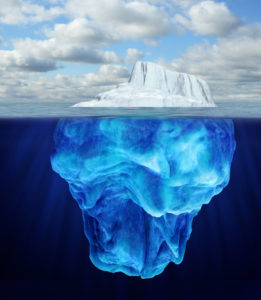 You only see what’s above the surface

Even people close to me find it hard at times to understand why I would give up the financial and job security that comes with a big name company while others I’m sure believe that I live the life of luxury and leisure without the hassle of someone looking over my shoulder. It’s difficult to know what lies around the corner for me, my hope is for the success of the current business and I and the others therein work tirelessly towards that end, but despite all the hype and press around startups in Ireland and all the supposed investment that seems to be thrown around, it’s a much tougher road than it appears. Like an iceberg the majority of people only see what is above the surface. The reality is all the graft, hard work and stress that you don’t see.

I still wouldn’t have it any other way.