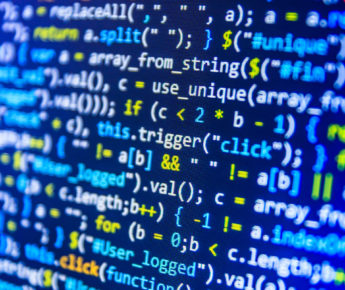 by ambyrne
Oct 19
2017
Lifestyle, TechnologyWe should all learn to code before our next job interview

A couple of decades ago not having any computer experience was something that was a non issue when going for a job interview. Even when I was growing up, it was the exception rather than the rule to be asked if you had working knowledge of a PC, but as time went on this changed and for a while many job descriptions included the requirements of the basics like Word and Excel. Today these don’t even appear and this should probably worry people more than it does.

The assumption today is that going in to most roles or occupations you not only have to know the basics, you need to be comfortable with using a computer as part and parcel of your day-to-day work. Seems a little obvious when you say out loud, and its something that people give little or no second thought to when they’re applying. So as a result there is this implied prerequisite for most jobs today. Example; you are working in retail, the tills are now all PC’s rather than just dumb terminals, or you work in food preparation, you may still need to use an ordering system or a log book online for health and safety.

The list goes on and on, and you just can’t seem to escape the rise of the machines. But now that the question isn’t even on most job specifications what will replace it in the next few years? The truth that people are avoiding thinking about is that employers are going to be looking for some level of coding in the future, or at the very least that their perspective hires are proficient in more than just the office suite. Can you do social media management? Can you use analytics tools?

You may already be able to answer yes to some of the questions above, but the truth is that while people may be comfortable administering a social media account would they be as confident finding a Google analytics tracking code and entering it in the right place on their company’s website so that the analytics actually work? This may seem like a specific example, but I’ve talked to many people who have gone for jobs in marketing or online teams and have been asked this question.

I’ll clarify one thing. I’m not actually advocating that everyone go out and learn how to write their own iOS app or spend weeks learning PHP or MySQL or any other coding language, but I’ve come across numerous examples where being able to recognize code and not feel overwhelmed if they’re faced with one of these challenges. It’s more today a case that just being happy with knowing the surface level stuff just isn’t going to cut it. 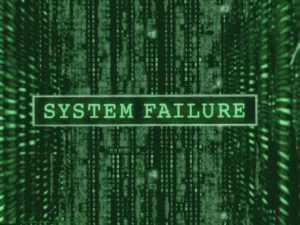 It isn’t the matrix

There is a tendency for people when they seen anything that resembles coding or tech jargon to stress and think that it’s unintelligible to anyone but the programmers among us. The example I gave above of the Google analytics code is not unique, more and more there are small little ‘advanced’ tasks like this that come along regularly. What if you’re company asks you to put your e-mail on your phone? How confident would you feel about entering POP and SMTP settings? I feel like I’m loosing people once I start using acronyms so I’ll try to keep them to a minimum.

So why do I suggest coding? Well for starters it’s a lot easier than you think and it’s a fantastic way of becoming more comfortable when snippets appear. What’s more, although software, websites and social media platforms are getting ever more user-friendly there are still times, particularly when trying to get one to talk to another, that there is some bit of code that needs to be copied and pasted or tweaked to get it right. Even putting Facebook buttons on certain types of websites needs a paragraph with your unique details.

So where do we start? Well believe it or not I began when I was 11 with a language called HTML. You may have come across this one before, and even if you’re not familiar with the term you see it every single day and don’t realize it. HTML is the most basic language used for creating websites. Somewhere there are programmers reading this and shouting at the screen that HTML is not a programming language and this is kind of true, but we won’t get bogged down with technicalities. What’s great about HTML is that it’s really simple, and more than that its common sense.

I’ll give a quick example. When you are using word to create a document if you’d like a section of text bolded, you highlight the portion and hit the useful [B] button at the top in the formatting bar. Simple right? Well it’s almost as straightforward in HTML, you simply write your text as you would in notepad or whatever, and add

before the section and

after it. Basically when a web browser reads this it looks at the ‘code’ in brackets and makes everything after the first one bold and it knows to stop when you add a forward slash in the second one. Essentially telling it when to start and stop making the text bold. 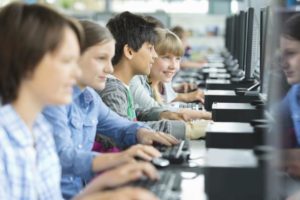 Presto, you’ve just learned your first line of code. And HTML only has a very small number of these ‘commands’ to learn and within no time you could be creating your own (very basic) website from scratch. A couple of years ago I ran training courses in HTML and was amazed that after only 2 days most of the people in the courses had mastered it and were asking for more. I’ve also taught it to children as young as 12 at Coderdojos and you’d be surprised how quickly they pick it up. And this is the real threat. Kids are now being taught the basics of coding in schools and are much more comfortable in the long run with advanced computer tasks.

Now when you start to think about what the jobs and employers of the future are going to do when presented with someone who has grown up with code and advanced computer skills, they’re going to snap them up as quickly as possible. Again, I know that people won’t run out and start reading books on Java (not the coffee) or Swift but I do feel the need to impress on people that being at ease when one of these ‘insert this snippet of code in the head of your website’ popups comes up or you’re asked to work on tracking data is fast also becoming the norm.

This may be a bit specific at the moment and perhaps we’re a couple of years away from this being a major issue in most roles, but remember that it wasn’t that long ago that Word & Excel weren’t even a requirement for most jobs. Besides pushing ourselves to learn something new can never be a bad thing.