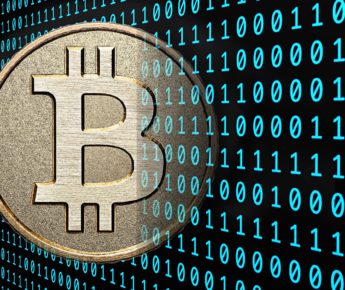 by ambyrne
Oct 20
2017
Lifestyle, TechnologyAll the way to the bank, or not, with Bitcoin

There’s been so much talk of Bitcoin in the last couple of years, even to the point where it’s now being mentioned in TV shows and has slowly but surely become a topic of conversation when people mention everything from gaming, to gambling to illegal activities. But what is Bitcoin, and will it have an effect on most people’s day-to-day lives? In its simplest form Bitcoin is a currency that is not controlled by any bank, government or institution, its decentralized and, to a point, fairly anonymous.

Sounds like something that the average person wouldn’t need to know about right? Well as of today you’d probably be right. It’s not like you get paid in Bitcoin or get asked when you get to the cashier in a shop if it’s cash, credit card or cryptocurrency, so why should you be aware of its existence?

Well lets talk a little more about what it is and you’ll very quickly start to see the uses, both positive and negative and why these new ‘cryptocurrencies‘ are on the rise. Bitcoin appeared in 2009, and there is still a lot of speculation as to who exactly created the currency. There’s plenty of speculation, but most people will agree that the supposed creator Satoshi Nakamoto has to date not been positively identified despite many people claiming to be him and others who have been pointed at as using this alias strongly denying it. Whatever the case it began, as so many things in the tech world do, as a paper about a form of money that was not regulated by banks or governments and therefore would not be subject to their potential greed or corruption. 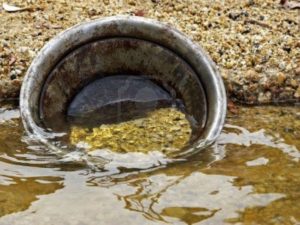 Are we seeing a new gold rush in these currencies?

The idea was what’s called a simple complex one. Like in the days of the California gold rush, you could earn Bitcoin by ‘mining’ it. Although the term suggests going out with a shovel and pickaxes what it really meant that you allowed your computer to be used by the network to solve complicated mathematical equations which would allow the transactions to take place and ensure the security of the network. Your reward for using your computer’s power to aid the system was that you slowly earned small amounts of Bitcoin which the network created as an incentive for the users.

What this meant in the early days was that if you left your PC running over night it would ‘mine’ Bitcoin by helping solve these equations. What these equations were doing was verifying and checking any transactions across the Bitcoin infrastructure. What this also meant was that every time Bitcoin was given to someone, or used to pay for something, thousands of computers around the world were verifying the transaction, rather than with say a credit card payment which just checks with your bank or payment service. All of a sudden fraud became impossible because every transaction was checked many times and in many locations to ensure it was legitimate. Unless you could hack everyone’s computer at the same time, you couldn’t fake a transaction.

So the system is secure, which is a good thing. I means that you can be sure that someone can’t intercept your money, but there was a down side, it was slightly slower than a credit card transaction, in fact some transactions could take a couple of days to confirm. This has improved massively over time, and today isn’t as much of an issue, however the complexity of the maths that you need to solve in order to ‘mine’ some Bitcoin have become too complicated for a standard home PC, so the ship has sailed for the casual user to earn it this way.

Fortunately like all currencies there are exchanges where you can buy it as if you were going to a Bureau de Change, but it ain’t cheap. So what’s the point you may ask? Well for one thing every transaction is recorded on this network like a giant ledger. This record, called the block chain, because of its need to verify everything is very secure, and its global. So now rather than sending money through Western Union for example, you can send Bitcoin anywhere in the world without a third-party. All the receiving person needs is somewhere to change it to their local currency or a vendor that accepts it and you have a global payment transfer system that cost nothing.

Well that’s all well and good, but why would I need this? Well being that its digital, Bitcoin can be stored on any electronic device, give or take. So if you were in the developing world and were hours away from a bank, you could receive Bitcoin on you phone and use it to pay a local merchant, who in turn could use it to pay his supplier and so on without having to go to a bank or even the need for a credit card machine. There have even been cases in countries which have experiences civil or political unrest where citizens have converted their money into Bitcoin in case the local economy collapses. This way their money is safe regardless of the value of the local coins.

There are some negative aspects to the technology too though. It’s possible to change your digital address every time you use your Bitcoin, which means you can create a certain amount of privacy around you and unfortunately this has been used, with some high-profile examples like The Silk Road, to do transactions for drugs, weapons and worse. Legislators argue that Bitcoin should be regulated to prevent this, but criminals are going to use whatever resources they have to go about their business. Cash leaves very little in terms of a digital foot print and this was what they used for decades, now they’ve just jumped on something new. Besides it would be incredibly difficult to regulate something that is both decentralized and global.

Bitcoin isn’t the only cryptocurrency out there

Bitcoin isn’t the only digital currency out there, but it’s definitely the most well-known. It’s value has risen remarkably over the last 8 years and there is some speculation that the original founders have cashed in on this to make untold amounts of money, but the fact remains that banks and governments are worried. This new way of transacting potentially paves the way for more global trading among smaller users and individuals without the barriers of exchange rates and charges.

While there are many detractors to these types of currency or coins they are becoming more and more popular, not just with techies or drug lords, but the average user who wants to see their money given to family overseas without huge fees or in parts of the world where regimes might try to suppress certain types of trade they are growing in use and frequency. For most people it will be years before they see a real use for these Cryptocurrencies, but it’s on the horizon, maybe not in their current form, but banks and financial institutions are looking at the positive aspects like security and fraud prevention and may soon adopt some of the methodologies to stay relevant in the global money stage.