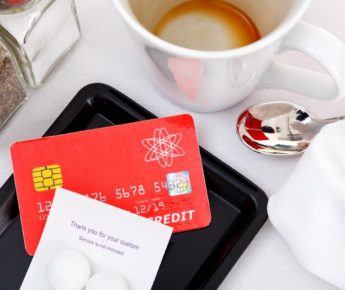 by ambyrne
Oct 25
2017
Lifestyle, OpinionIs there a purpose to prepaid credit cards?

Something that I’ve always been surprised at is that, although there are many different options and suppliers, prepaid credit cards, particularly in Ireland seem to not have ever achieved the traction that i would have expected. There’s the obvious benefit for those who do not have a normal credit card from a bank or financial institution, but for the most part today your ATM card doubles as a visa debit or something similar which can be used online etc so again the question remains for a lot of people, what’s the point of having an extra card?

I’ve talked to many people about the benefits of having a card with a pre-set balance for quite some time and yet the reluctance I’ve round from people to try one out is surprising. There are lots of people I know who have moved their mobile phone contracts to prepaid credit so they can keep track of their spending on the phone. Power companies today offer smart meters that allow you to prepay for your energy consumption at home. So why the hesitation to do the same with personal spending when there is a willingness to prepay for other services.

It seems like a bit of a contradiction that we’re willing to spend money so freely when a tool exists that could help us manage our day-to-day spending more easily. Let’s look at some or the options and see where the short coming might be.

A few years ago I was working on contact work and the pay and frequency was, to say the least, sporadic and this led to some difficulty controlling my money and spending. I had previously been paid monthly which suited well given that I could then cover my rent and most of my bills, but changing to something which had less certainty meant that I had to be more creative with my spending. I made the choice to get a prepaid card and did a bit of homework as to which one would suit me best. 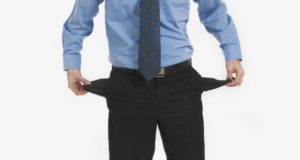 No money by the last 2 weeks of the month

The idea was simple, I’d keep my bank account for my rent, bills and outgoings but make the conscious decision not to touch that account during the month to ensure that everything was covered, and I’d have peace of mind that i wasn’t falling behind on things that were due. At the same time, whatever was left I’d put on the prepaid card and use as my spending money. For the first couple of months I found myself doing what most people do anyway which was spending 90% of my disposable income in the first couple of weeks of the month and worrying and being spend thrift for the last 2 weeks.

After a while though I got into the rhythm and getting extra pay cheques or bits of income from time to time meant that I could augment my spending money. I soon realized that this was the way to go, keep my regular outgoings such as rent, phone, internet etc separate. Work out approximately what they would be for the month and make sure that I had that amount in my bank account. Now whatever was on my card was ‘pocket money’.

It was strange and gave me a strange sense of security in spite of the fact that I was probably slightly more reckless with my spending money. The knowledge that all the important things were looking after themselves and I didn’t need to worry about accidentally spending money that i needed for an electricity bill took a little bit of stress away.

As time went on I started to play around with the other uses of the card. For example if I was smart and  put on a little extra from time to time i could budget for some small purchase or piece of technology or gadget I was thinking of buying again without stressing about the cost. This made doing Christmas shopping a little easier too.

There are other obvious things to consider; if I lose the card, particularly when travelling, the most I can lose is the amount that’s loaded onto it, unlike a full credit card which could potentially cost me thousands. Don’t underestimate the usefulness of one of these cards as an alternative to local currency when abroad too, sometimes you get a better rate than of you were getting cash at a bureau de change, If I want to buy something from a website in china to see what their cheap Android tablets are like, but I’m concerned about the security online, this again gives me a way to do this without stressing about exposing my real card to the internet masses.

trust me, your server doesn’t like you splitting the cheque

The concept of these cards is not new, but the functionality behind them has become much smarter. Take the Fire card for example. This, on the surface, just looks like your standard prepaid card, but they’ve been smart and put in some social functionality into it. For example, if you are in a restaurant and there’s 3 of you around the table looking to split the bill, the other 2 people can instantly transfer money to your card and you can pay the whole lot without having to annoy the person serving you. It also means if you owe someone €20 you could instantly send it to their card, even if they are not present.

Businesses are increasingly looking at these cards as a viable alternative to petty cash. As someone who looked after the finances for a couple of small businesses, believe me when I say that cash is the bane of the life of any financial controller. Now I issue these cards, put some petty cash on them and simply print out the transactions at the end of the month. I bill, one entry in the accounting software, and everything balances to the penny. Nice. My OCD is pleased.

I know the next question is what’s the catch? Well in the same way that you’re paying slightly more for your calls and service if you have a prepaid mobile as opposed to a contract, (believe me this is the case, their marketing is clever, but it’s almost always better value on bill pay) you do pay a small charge for each transaction, for example you might end up paying 10 cents on a credit card transaction in a coffee shop and so on, but shop around and there are options available.

While I’m not going to convince everyone of the benefits of having this service in their pocket, I have talked to some who have adopted the same policy of having their spending money separate. There’s an added benefit that banks won’t tell you. On your normal account if you go for a loan or a mortgage the lender doesn’t just look at how much you spend, but also what you spend it on, so believe it or not you will get a better rate if your bank account doesn’t show lots or mid-week bar or restaurant expenses as they actually classify this as higher risk. Keeping your spending on a prepaid card gives you a little more privacy about your spending habits.