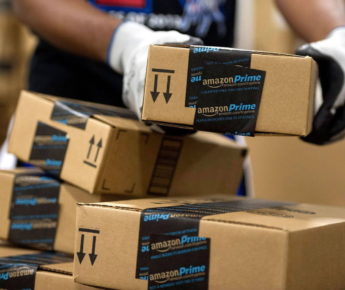 by ambyrne
Oct 26
2017
Lifestyle, NewsWould you let a courier in when you’re not at home?

Seems like the title of this post is a bit of a no-brainer. If I’m not home, how can I get a courier into my house? We’ll believe it or not that is what Amazon are proposing over in the US. While it will probably be months if not years before we see them offering this level of service on this side of the Atlantic, it does already pose lots of questions around privacy and security in a world were, as I’ve mentioned in previous posts, we’re looking for convenience and almost instant delivery of products.

What is it that they are proposing exactly? Well on the back of the recent home automation devices that they’ve launched as well as a suite of new Echo products, Amazon have come up with an interesting take on your actual delivery of products that come from them. They are asking their customers to allow their delivery drivers and couriers to be able to get into your house or apartment when you’re not at home. That way you don’t miss a delivery or have to collect it from a depot.

The idea seems strange on the face of it and there are alternative options already available for people who are not too comfortable with the idea of a stranger getting through their front door. In Ireland, for example, as in many countries, you can pay to have a secure box placed outside your house which only you and the post man have access to, and should you get a package that’s small enough, this can be left in the box even if you are not there to sign. This can be augmented by having a digital record that the package was delivered in lieu of a physical signature. Good in theory, but can not accommodate anything larger than a large hard back book or a small electronic device, so there are obvious limitations. 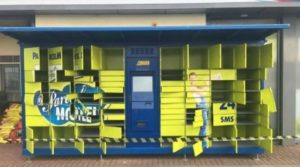 The other option which is increasingly popular, that of public depots such as parcel motel, where you can effectively have your own post box for deliveries and there are multiple size options available depending on what is being delivered. I was a big fan of this option until a few weeks ago when I heard of several cases where entire rows of these boxes had been broken into in one night and presumably all the items stolen. Plus if you don’t live near to one of the outlets, you may end up having to travel to collect your item and at that point it’s more or less the same as going to the post office to get it.

Amazon feel that they have come up with a solution in the form of Amazon Key. What this new combination product and service allows the delivery person to do is get a one time access code to your house, which has been fitted with a compatible smart lock. They can then let themselves in, drop your package and close the door behind them. Let that sink in for a moment, basically a stranger gets your permission to open your door, place something in your hallway and you are trusting them to not touch anything and leave, not forgetting to lock behind themselves.

Now having grown up in Ireland I’ve heard the usual stories from the generation above me saying ‘it was different in my day’ and ‘you could leave your door open back in those days’ and although this nostalgia is nice I’m not sure that people will want to go back to those days. Obviously I’m being a bit extreme here and we still probably have a situation today where a friend or neighbour has access to our house in case of emergency, but here we’re talking about someone just delivering something who we’ve never met and probably never will.

So what is Amazon’s plan for this? We’ll if you decide to avail of the service the first thing is that you will need to buy one of the compatible smart locks. These essentially sit behind your normal key lock and can automatically open it if a mobile phone connects to it with the correct code, or you can remotely as the owner connect to it and grant access. Otherwise, the old key thing still works. Some also come with keypads and tag sensors etc, but whatever the device the idea is that the courier gets a one-time access code to your house to drop the package in. Secondly Amazon have released a smart camera which they are suggesting as part of this package, so not only will the person need the access code, but they will be on camera the minute they open the door. 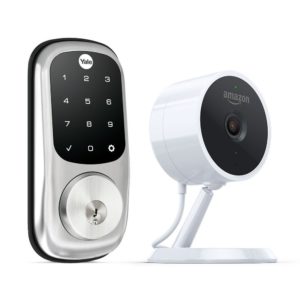 It’s a great idea in theory and the user will be able to connect to their house or apartment while the person is delivering and check up on them. Not only that, with the smart locks you’ll be able to verify that the door is in fact locked after they leave. I do see a potential issue for someone with an inherent sense of distrust of people in my home such as myself. Supposing I’m working somewhere and the delivery arrives so I can’t monitor it live, the chances are that when I get home the first thing that I’ll do is review the footage, essentially taking up my time. I’d just be wondering what the driver, courier etc did in those 4 minutes that my door was unlocked.

Unlike drone delivery which Amazon have long touted, this one seems to be a service that they are really throwing their weight behind. Drones have become something of a novelty when it comes to package delivery and not everyone is bought in on them, but this access option seems to be one they want people to use and falls in line with their aggressive move into the grocery market with their purchase of businesses like Whole Foods. While they won’t be the only company to offer this type of service, they are one big enough with enough credibility that there will definitely be people who will at the very least try the option. I just wonder what impact there would be if any abuse of this ‘key’ service comes to light.