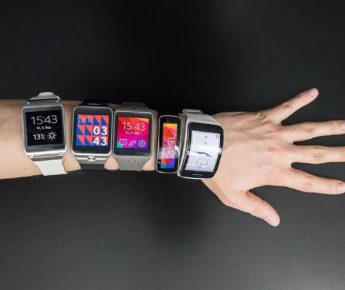 When they were first brought to the attention of the public smart watches seemed to be the new darling of the gadget world. Take something that virtually everyone wears and make it smart, not only that but make it something that people would actually like to have smart functionality in, unlike the ill-fated Google Glass which had so many detractors it doesn’t bear thinking about. The concept started simple, you have a wrist watch and you want to see your notifications such as calls and text on the screen so if your phone was down or in your pocket you didn’t have to reach for it. So why have the sales from virtually every manufacturer declined rather than increase as technology got better?

To start with the idea was simple, but at the same time overly ambitious. The difference between your Casio calculator watch from the 80’s to having a scaled back smart device with some of the functionality from your phone was epic, and although smart phones can get smaller and pack more in they still have certain size limitations if you want to have everything. The same is true of a wrist watch sized device, size was always going to be an issue. The reality is that the early efforts were bulky and not visually appealing. 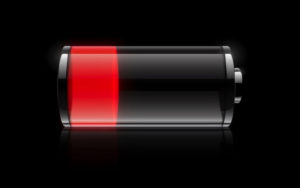 Battery Life Has Always Been An Issue For SmartWatches

Some manufacturers missed the mark very early on with simple mistakes that you would assume they knew better about. For example, the first smartwatch I owned was the Sony Smartwatch which I first bought all the way back in 2012. Being an early adopter I didn’t listen to the reviews and comments from experts online as was content to use a device that was effectively a public prototype of things to come. I did struggle with one major flaw though straight away. Without a connection to the phone it was pared with it didn’t even work as a watch. In other words it couldn’t tell the time. A massive oversight on Sony’s part, particularly since my main concern wasn’t the battery life of the watch, something I’ll comment on more later, but the fact that the Bluetooth seemed to drain the battery life of my phone. Often in the early evening if I couldn’t get to a charger I had a phone without power and a watch just displayed that it could not connect. Not ideal and my timekeeping sucked for a while.

Lets talk about the battery life while we’re on the topic. Trying to squeeze the functionality into a watch sized device was technically possible at that time but the battery was tiny. This was such an issue that often I disconnected the watch from the phone during the day so that the charge would last until I got home. All of a sudden it defeated the purpose of the device completely. It wouldn’t be until the Pebble Steel in about 2014 that I could honestly say that I got more than a day out of a smart watch. Even at that though I was hoping for longer than the 4 / 5 days with ‘light’ usage that I got from it.

There was one real advantage to the Pebble though, it looked like a watch, and a pretty nice one at that. The previous devices that I had used looked cheap and plastic despite the cost and straps broke easily, clasps were fragile, but at least with the Pebble there was a decent build in the device. It still suffered from being slightly too bulky to pass off as a watch with smart functions in disguise but I let this go as I really liked the unit. The sacrifice they made was, no touch screen, so navigating menus was like an old Nokia 3310, press the down buttons until you got to where you were going which reduced the convenience considerably.

Soon Samsung and Apple were both trying their hand at smart watches and I had hoped that these two giants would get it right or at the very least push the technology forward in a meaningful way. Apple’s device was fairly pretty, still had that plastic kids toy feel, but wasn’t bad, but it priced too many people out, that combined with teething issues, stock availability and the fact that at first it only worked with Apple phones it seemed confined to the realms of the Apple super fan. Samsung tried to do a device that was all things to everyone putting fitness applications in as well as the smart watch functions and unfortunately this split people, am I buying a smart watch or a fitness tracker?

This divide of watch versus fitness device lingered a little too long and at one point people could be seen sporting a smart watch and a Fitbit fitness device which seemed like tech over kill. Nothing seemed to jump out as a killer feature either. Yes you could see notifications and, where possible, send pre-canned replies, you could even ring your phone if it was left down, but there was nothing that you could truly say you couldn’t live without. 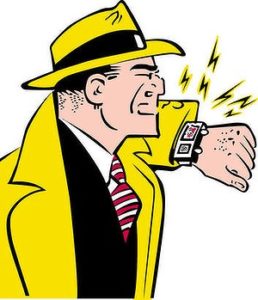 Anyone else want to be Dick Tracy as a kid?

The market seemed to stagnate and no one seemed to be in any rush to innovate in the space. A lot of the players in the area either shuttered or moved to something else. Pebble for example is now owned by Fitbit, but their new ‘smartwatch’ offering is a fitness device first and a watch second. Plus its back to plastic. If you’re a techie who’s willing to spend money on a cool watch, the only plastic one that’s cool is apparently a retro Casio.

TAG Heuer and Montblanc have taken up some of the slack, being experts in watch design they have created beautiful devices which use the Android Wear platform, but the starting price tag is in the 4 figures so most users will avoid and as a result it’s estimated that less than 10% of Europeans own a smart watch, and many of them have shelved it in favor of a standard watch because of aesthetics, battery life, fiddly usage or just not seeing the benefits.

All the manufacturers need to take a step back and evaluate not only the desire for these devices, but also how they can deliver a really good product and experience. Some have tried to embed Sim cards into the devices to try to convince you to use them as a replacement for a smart phone, but this is wishful thinking and not an episode of Dick Tracy. Until the technology matures and until these watches are indistinguishable from a ‘dumb’ watch, they’ll remain out of arms reach.