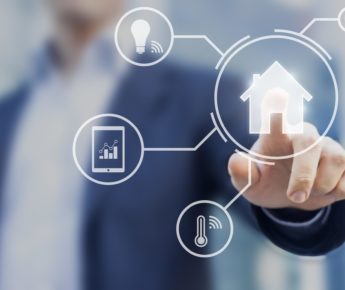 Given that I’ve been watching a lot of science fiction movies over the past few weeks it’s no surprise that as an early adopter in technology feel slightly frustrated at times with the progress we’ve made toward certain ideas. I’m not for one second saying that we should all have flying cars or be able to go from city to city via transporter by now, or if indeed these things will ever materialize, but there are certain things that are more than possible and yet somehow we have neglected. 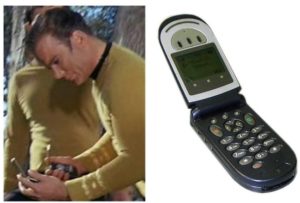 Before you remind me that sci-fi is make-believe and should not be used as a bench mark for the state or direction of technology, for the most part I would agree with you, but they have in the past inspired inventors and entrepreneurs to creativity. Great example for anyone familiar with the original Star Trek TV show; their communicators were a clam shell design which Motorola later cited as an early inspiration for their clam-shell mobile phones.

It also works in reverse. Etch-A-Sketch inspired tablet designs and usage in sci-fi which in turn inspired the designs for Apple and Samsung’s first tablet. Samsung famously in a court case against Apple even used the Etch-A-Sketch kids toy as proof that Apple hadn’t come up with the tablet idea, which is a conversation about creativity and invention for another day, but the fact remains that we do take simple ideas and progress them. Which leads me to the home. People have looked for decades to make their home more ‘user friendly’ from the microwave to the washer-dryer, but it feels like we’ve stalled a bit.

The visions of the future in TV and movies showed an interconnected home where everything was talking to other devices and making life easier by letting you know when you needed milk or activating the vacuum if the floor was dirty, but the reality is that, for all our talk of internet of things and universal standards, this has not yet happened. Individually products are getting smarter, but there seems to be very little effort to get this all to work together.

Yes, I’ve talked about devices like the Amazon Echo or Google Home previously which are leading the charge in that direction, but they are focusing on being the voice hub for the house, which is great, but there are so many things we could have done long ago without this voice recognition. In the same way manufacturers display concept cars that will never be built with the intention of seeing what the popular aspects are, or to show off what their research and development teams can do, so too do household appliance makers, it just goes unnoticed it seems.

How about a refrigerator with a tablet on the front to allow you to add things to your shopping list for your grocery store to deliver. These exist, and in fact are not a new idea, but no one seems to be in a rush to get them to market in case the point of failure is the shop or the delivery man and the fridge gets the blame. How about one that can read the barcodes and dates on products to let you know when something has gone off? Again the technology is out there, but because no one is willing to catalog and put the brands of milk in a database for the fridge to recognize again there’s no reason to release this to the public as 99% wouldn’t use the functionality.

Let’s look a little simpler than that example; phone chargers, The bane of my existence for years, between changing port sizes and charging standards, not to mention Apple’s refusal to use anything but their own systems and technologies we all end up with several cables and plugs lying around, and what’s worse they don’t work well with other devices. This unwillingness to standardize holds everyone back, but let’s go even more basic. 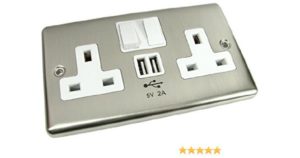 How much time and space would this save in smart homes

What about the plugs themselves? I’d estimate that I have easily 40+ USB plugs which detach from the cables in the house and yet only about 5 get used on a regular basis. Why is it that even in the most modern apartments plug sockets are not coming with USB ports as standard? Having 2 USB sockets at every plug outlet would eliminate the need for all those plugs and might encourage more manufacturers to make everything chargeable or ‘plug-able’ via USB. My new laptop for example uses the same cable as my phone which is handy, so just being able to plug-in anywhere in the house with any cable lying around rather than having to look for a charger would be great,

More and more devices could charge or run via USB and would cut down on cables in your home and make units more efficient, but I’ve very rarely seen them installed. As a side note I intend to put them in my apartment, but doing it retro-actively is much more expensive.

It just seems like the interconnected home with remote-controlled blinds and smart appliances is still a long way off, and as I mentioned, there;s no real reason for this. IKEA now has its own brand of smart lights and wireless charging stations and if they can put it in their affordable flat-packed home, why is it that the giants like Samsung haven’t made more of a push. Yup, my TV is smart in the sense that I can browse the net on it or access Netflix, but should it require 2 more pieces of technology and 2 hours setup to show on the screen someone who has called to my front door?

It’s almost as if all the parts for a smart home are there, but some are Lego, some are Duplo and some work fine with both, but the instructions are in ancient Sumerian. Even if you are building your own home, you need to do a lot of research as to what will work with what for fear that you may end up breaking through plasterboard in a years time as something turns out not to want to talk with some other device. I’m hopeful for my own efforts, but until it’s easy and universal enough for everyone to do, the smart home idea is still not getting past the front door.