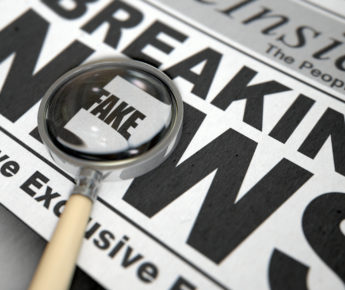 by ambyrne
Nov 1
2017
News, OpinionNews will always be fake as long as we don’t investigate for ourselves

Like many people I’m sick of hearing the phrase ‘fake news’ thrown about by politicians, disgraced producers and anyone who generally disagrees with the tone or content that a certain broadcaster or news medium decides to put to the public. While the term isn’t necessarily new, it’s definitely been coined to maximum effect by the current US, let’s call him ‘president’. Trump has taken the art of spin to the next level, and although there is suggestions of wrong doing, sexual misconduct and more as long as the defense ‘fake news’ is used it seems that he can dodge the court of public opinion.

Before you get disheartened, this post isn’t a rant about President Trump, but, although I’m definitely not a fan, he has inadvertently highlighted a challenge with the media as a whole and that is the concept of bias. The easy route for this conversation to take is that certain news outlets in the United States take either a Republican or Democratic side and it’s very difficult for them to waiver from these positions, and as a result their reporting on issues tends to be one-sided.

Anyone who watches any American news or talk shows will have seen that Fox News for example tends to spin things in a positive light, for example in the latest Russian collusion topics, they have deflected from the fact that those charged with various crimes previously worked for Trump. Instead they have managed to bring Hillary Clinton back into the fold as if by mentioning her name makes her the guilty party somehow. It’s not the only example, and obviously on the other side there are those who try to excuse things that the Democrats potentially did wrong, or minimize them when they cannot provide a worthwhile explanation.

I want to move away, for the most part, from the political situation in the US and its close relationship, be it love or hate with the media, instead I wanted to think about the media as a whole. While the shambles across the pond has undoubtedly made people more aware of the fickle nature of the news we can’t escape the fact that this is nothing new. The sad truth is that most media outlets for one reason or another have a bias. This could be a political bias due to their connection to a certain party, it could be financial bias in the reluctance to print or broadcast anything negative about someone related to their company or parent company. It could be even more basic that the majority of the people within the organisation have a particular view-point on a hot button topic like gay marriage or abortion and this in turn will affect the words that are printed and the images that are displayed.

If your advertiser is paying your bills, of course you’ll take their opinion

Even outlets that claim to be independent generally either are distant subsidiaries of larger companies, or can feel the pressure from their advertisers to swing in a direction that may verge on, let’s just say no longer impartial. If such an entity was heavily reliant on a particular company’s advertising revenue for example, it’s not a stretch to think that they might sway slightly in the direction that might be ‘suggested’ by said advertiser. Anyone who watched Mad Men will remember the power and influence the tobacco companies such as Lucky Strike had over print and TV, and although a fictional account, it illustrates my logic.

I’m not saying that all news is ‘fake’. Obviously there is a lot of choice out there and if you’re getting the account of a traffic collision last night or the storms over the east coast, chances are the accounts are fairly similar, so this is the more factual side of the news, and unless I’m living the Truman Show, I’m going to assume that this stuff isn’t faked. It’s when it’s something that could have an effect on the population as a whole that it becomes more murky. Switching from one channel to another, or picking up one newspaper or another could have the same story, but told from vastly different perspectives. There’s nothing wrong with creative writing or flare, but I get frustrated when an opinion has obviously been formed from the beginning by the journalist rather than just relaying the facts.

The newer issue is that we have created our own ‘bias filters’. What I mean by this is that with the algorithms and mathematics sites like Google and Facebook use to suggest people we might know or things of interest in our area are also the ones that present us with the news they think we’d like to see. Ever thought about buying something, maybe Googled it and then the next day on a random website seen and advert for that particular product? This isn’t by accident and, while not getting into online tracking and how these work here, what is happening is not only deliberate, it is built to show you things you would find informative. 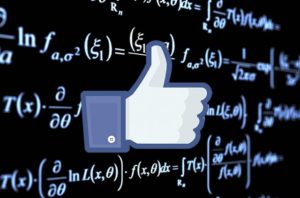 The same applies for the news you see in your feeds these days. If you tend to read articles about one thing or another, these sites know to feed you more of them, after all, websites make their revenue by getting traffic, and what better way then to make sure you’re seeing and clicking things related to your opinions and tastes. In other words, if you read a lot of opinion pro something, chances are you’re going to see more and more of that. If you search for right-wing content, you’re going to be presented with more and more of that too. We’re creating our own news feed and it’s biased by ourselves.

This makes getting a truly even-handed and informed unbiased opinion or perspective difficult as rarely do people want to leave their comfort zones, and more than that everything we are presented with is designed to back up what we already believe and accept to be the ‘truth’. I confess I’ve fallen into this trap and am forcing myself to read more about something that peaks my interest or I have a formed opinion about so I can have more rounded conversations about whatever it is. Obviously there are certain topics that don’t have a logical 2 sides and should not be defended, but the responsibility is on all of us today to be better informed and actively seek out not only ‘true news’ but those people who present things as fact rather than opinion.