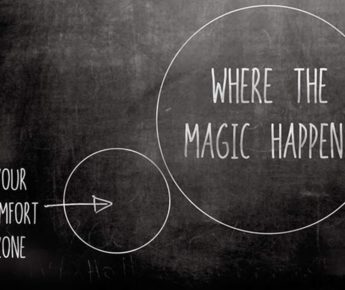 by ambyrne
Nov 2
2017
Lifestyle, OpinionPushing outside your comfort zone

The old adage goes that you should try to do at least one thing every day that scares you, and while, at this time of year that might mean putting on cheesy horror films or going through a scary show, what it really means is do something that pushes you outside your comfort zone. It’s all too easy for people to get themselves into a stable routine and a lifestyle that’s risk averse, but the truth is that pushing ourselves not only gives us new skills and coping mechanisms, it also can lead to surprising secondary benefits. 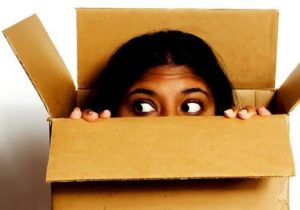 On a daily basis these don’t have to be huge decisions or profound alterations of your normal pattern, but even acknowledging things you would normally avoid or situations that make you uncomfortable and actively thinking about what you would do differently is often enough to instill a positive change. What’s more, the people I’ve talked to who consciously try to step outside their routine or circle of influence on a regular basis tend to be much more prepared for when things happen outside of their control.

Over the last couple of years, my life has been in constant flux, and I’m sure I’m not alone. Between family illnesses, starting new businesses and projects, buying my home and welcoming a new baby, only in the last few weeks have I started to pause and reflect on the ever-changing and at times challenging path I’ve been on for the last 24 months or so. I’m not saying I’ve handled everything that has been thrown at me expertly, or even well at times, but the one consistent thing that I have felt, even though some things have been a surprise and others have been difficult, is that I could somehow deal with everything being thrown at me.

If all of these things had happened to me a few years ago I’m not sure I would have been up to the challenge, and thinking back I know that previous small decisions to push myself have definitely been a factor.

There is one common thing I’ve come across when I’ve talked to people about this topic, mistaking pushing yourself out of your comfort zone to dealing with challenges that arise. Everyone faces challenges in their lives and these naturally force you to deal with things in a new way or think outside of your normal thinking, but these are pushed upon you and you deal with them re-actively. Don’t get me wrong, the ability to react and deal with things is an important and at times difficult life skill, but you are reacting and not making the choice to consider and act.

How is this different and why is there an important distinction? Reacting to obstacles or challenges you tend to go with your first feeling or gut reaction. This tends to be based on the past experiences and the decisions that you’ve made in the past, and therein lies the problem. If you haven’t been in a similar situation before you may not necessarily have enough experience to make the right call when it comes down to the crunch.

This may seem obvious but many people thing that you get experience by the roadblocks that get thrown up, but the truth is that, like in a sport for example, you should train, practice, push yourself and gain the skills in advance so that when you are ‘live’ or in the big game you react on autopilot. This is the main point to this post, the idea that pushing yourself and challenging yourself helps you build the tool belt or arsenal that you can call upon when something really goes wrong.

All of this may seem like common sense, but it is one of those things that we don’t think about until after the fact, and while looking back over your past decisions and figuring out what you could do better next time is a good idea, it can often drive you mad, and may be too little too late.

So what is it that I’m asking of you as the reader? I have a friend who for years, although he was a really outgoing, friendly and likable guy, he had this strange thing when it came to interacting with people in the service industry. When he was in a cafe with people he’d invariably ask someone else to order for him, and never would he even consider sitting alone and having a cup of coffee and reading a paper. It was a stark contrast to his seemingly boundless energy and it did lead to some difficult situations. It meant that he was reluctant to travel, and even at times avoided buying a bottle of water if he didn’t want to talk to the sales assistant. 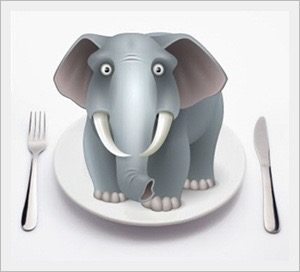 How do you eat an elephant

While this may seem on the surface like a kind of social anxiety, the truth was in this person it was a strange, irrational fear. Everyone has one, I have a funny thing about articulated trucks which I can never quite understand myself, but it was something that he was aware of and something he wanted to fix. It wasn’t overnight, but slowly but surely he pushed himself, and started with the local shop that way he could get to know the people behind the till. Over time he even sat in coffee shops and read the paper by himself. Things that most people would take for granted he chipped away on piece by piece until it became second nature. It’s that old joke, how do you eat an elephant? One piece at a time. Today, he works in New York and has traveled both solo and with groups across most of the world, and to this day he says it started with a cup of coffee staring out the window of a cafe.

Now I’m not suggesting this is going to be relevant to everyone, and I’m definitely not saying you should make massive leaps or pack in your job tomorrow or anything like that, but I do encourage you to find one small thing each day that you can do to get your heart racing, or nudge yourself out of your safety net. If something can go from a coffee and a newspaper sitting alone to a life of travel and a career in a new country, why wouldn’t you try?