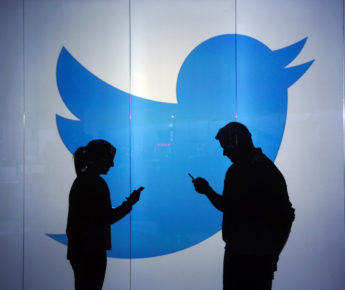 Twitter is one of those weird companies that I can never really get a handle on. They are global brand which has a recognition that would probably rival the likes of McDonald’s these days, and yet the platform still seems to be having difficulty actually making all that much money. Anyone who has looked into the early days of Facebook, or even watched the film The Social Network will be aware that Zuckerberg was reluctant to monetize his site until he really had to. He wanted to retain the cool factor, and while we know Facebook isn’t going anywhere and its revenues are on the increase, the same can’t always be said of Twitter. 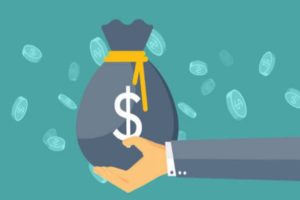 You still need to monetize your site, even if that makes it less ‘cool’

With Facebook you know there are ads there, you know and feel how they generate revenue through advertising, as well as the fact that there’s probably a lot of money in the data and analytics that come from having so many users voluntarily giving them so much information. Facebook has even moved in the last few years from being a simple social networking site to something that not only tries to take the best elements of smaller competitors such as Snapchat, but it acquires things like Whatsapp and Oculus. They have many branches now and there seems to be no slowing them down in terms of diversifying enough while keeping the core strong.

Twitter has struggled. When you think of the social networking service or see its trade mark blue bird you think of 140 characters some celebrity has sent out in an ill-advised moment of texting, or the latest remark from a president who really should have his phone taken off him. What you don’t think is somewhere I can advertise my products. Yeah I can tweet something cool about what I do, but I’m really hoping someone famous picks up on it and re-tweets so that I get the exposure. To liken it to the artistic world, Facebook is for jobs that pay, Twitter is for the exposure.

Twitter also has always had a major challenge. The fact that it’s limited to 140 characters was at one time its biggest strength. Tweets we quick, easy and what you were really thinking. There was no long rant or essay on something that happened to you and therefore, as it was bite-sized, people we more inclined to read, reply and move on to the next. This worked wonders for people and made people feel that they had direct access to celebrities and politicians in a way that they didn’t feel on Facebook. Why hire someone to do your Tweets if you could do them yourself, where as Facebook pages needed time to cultivate, put content into, upload images and video and for the most part tended to be managed, Twitter accounts became more personal to the individual.

The idea 10 or 15 years ago that you could send a ‘text’ message to your favorite celebrity and there was a chance, all be it a small one, that they’d see it was alien, and now you have actors reading mean tweets about themselves from members of the public on late night talk shows. But this 140 limitation came at a price. Because the conversation was limited context was difficult. Not only that, but the 140 characters works well in English, but in other languages with longer words or combinations so few characters in a Tweet was heavily restricted. Even if you wanted to promote a product, having basically one sentence to do it in is a challenge.

Recently Twitter announced that they were experimenting with doubling the limit to 280 characters to address some of these concerns, but my question is still and always was; what good is this if people are not actively giving you advertising revenue? Yes, users might dwell for 15 seconds longer on a tweet or a minute longer on a news feed, but will this equate to them seeing more ads? Will this in turn lead to more companies wanting to advertise on the platform? Is Twitter condemned to be just a news feed and nothing more? 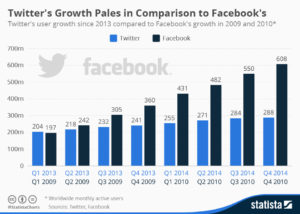 I may be over simplifying the situation as they have just announced revenues of approximately 590 million US dollars at their reports this quarter, which may seem like huge money, but its far shy of what they should be generating with the number of users. At present they estimate there are approximately 330 million active users on the platform, but it’s been a slow climb to get there and, although people seem to be spending more time on the site, the number of new users has slowed down in the past 2 years. From 2010 to early 2015 there was huge uptake in the platform, but since 2015 the growth has been steady, but very slow. (The statistics are available here by the way.)

This doesn’t bode well for the long-term future of the service, and although their CEO Jack Dorsey has been optimistic, investors and shareholders are not as sure. Profitability is definitely up the past couple of quarters, but less than half of Twitters monthly active users are active on a daily basis. What this means is that people are less inclined to use the service on a daily basis and therefore advertisers are not seeing the level of engagement they get on a service that’s much more ‘sticky’ like Facebook.

Ironically it is the publicized nature of certain high-profile users Tweets that seem to be driving new users onto the platform, at least in the united states, but twitter has already and may continue to suffer from revelations of dummy accounts used to potentially influence the elections last year. This could lead to a lack of confidence in the service as well as potentially thousands of these profiles being deleted which would obviously affect the number of users they state to the public.

Without some way of keeping people on the site for longer or glued to their phones in the same way things like Instagram and Facebook do, its hard to see how any monetization would continue to work for Twitter. The experiment of the increased character count may surprise people, but on the whole shareholders should be wondering about the risk level over the next few years.