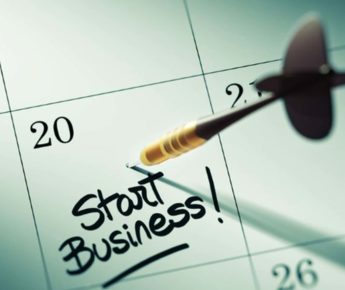 by ambyrne
Nov 9
2017
LifestyleIf there’s little to lose, why not risk start your idea?

I come across a lot of people who have great ideas on a regular basis. In fact the truth is that everyone has really good ideas from time to time, but so many of us there is this failure to act on these ideas that hangs over us. This can be some pipe dream that we’ve been mulling over for years or a quick inspiration that pops into our heads spur of the moment. What they have in common is how we deal with them, do we let them lay by the wayside for months while we keep telling ourselves that we’ll ‘get around to it’ eventually or is it the case that we just feel like we don’t have the time or the energy to give our idea a real go? Risk it and start.

Very few people we talk to on a daily basis, I believe, can honestly put their hands up and say that every good idea they’ve had for a business, a product, or even their projects of home improvement have been acted on, and there’s nothing wrong with this per-say. Some ideas are not going to work, and the reality is that if we blindly pursued every thought we’d never get the regular day job done, but many people use this as an excuse not to try in the first place. We’ve all done it I suppose, stated categorically that we’ll get around to something at the weekend, or in the new year or whenever. It’s one of the oldest clichés in the book.

So what’s the solution? There’s the obvious thing we need to do which is give ourselves a mental kick to stop ourselves from procrastinating, but this is being a bit simplistic. My recommendation is the risk start. In other words, throw caution to the wind and just go for it in its simplest form. It’s funny how many people later in life talk about the regrets they have of things they didn’t do or dreams they didn’t follow. Sure, you might try your business idea or product and it may not work, but wouldn’t you rather know that you tried rather than always wondering that dreaded ‘what if’? 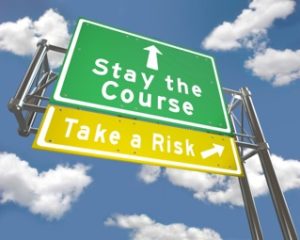 The good news is you don’t have to choose, you can take the risk and keep the day job

What I’m suggesting is just giving whatever the idea is a shot, even if it’s in its most basic form. Obviously if your dream is to open a restaurant in a busy city, I’m not saying you need to go out, get a premises and open over night, but instead of just reading about it, why not price it up? Why not draw up the business plan? Or a the very least why not draw up the skeleton for it. But what if your idea is a product? The biggest mistake that I’ve come across, and I’ve done it myself, is thinking that you have an idea for something new, and not actually checking thoroughly to see if it exists, or if someone already owns the patent to the idea. There’s very little point thinking about it, dwelling on it, even spending sleepless nights imagining it, only to find that it’s been done and you’ve just wasted your time.

Services are the best example, be it a dog walking service or web design, rather than the usual thing of, ‘I’d love to do that but I need job security’ thought, why not use your spare time. I know, this is tough and is the thing in our lives along with money that’s generally in the shortest supply, but there are always hours. Many people who write about turning their passion into a real business often state that they started small and humble and often at weekends or evenings, and slowly built from a side business to a lifestyle business and then to something more profitable and growth sustaining.

Over the years I’ve come across many photographers, for example, who started by doing the odd wedding or special event, and grew this until they had the choice to leave their regular job and do it as their primary source of income. Yes, they sacrificed time, sometimes even social lives and more, to build their passion into a viable alternative to working for someone else. The only difference between them and everyone else who has a hobby or an interest they’d love to focus on is that they just went for it. It’s not always going to work out, don’t get me wrong.

I have a huge passion for theatre and acting and have done since I can remember, and several years ago I decided to do some part-time training in the Gaiety School of Acting, and got some theatre gigs as well as voice over work from it, but man oh man, that’s a tough industry. I worked hard at it for about 4 / 5 years with a constant voice inside me saying it’ll be the point just before you give up that the big break will come along, but it’s a market flooded with actors and fraught with nepotism and hidden pit falls. I enjoyed the time I did it, but it wasn’t making enough to pay the bills. I still dip my toe in from time to time because it’s a hobby and something I really love, but at least I can say that I tried to out. I don’t see it as failure as I’ve learned a lot, gained some confidence I didn’t know I could, and even got to host a radio show out of my voice training. 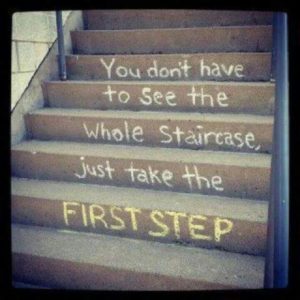 No point dwelling on the ground floor all day, take the first step. Risk, start.

The point there was I just went for it, like the photographers and people who do whatever it is. If you have a gift for social media, go to your local cafe and offer to do their social media management for €100 per week and see what happens. A few of those lined up and you not only have a second source of income that you can manage out of hours, but if it gets big enough you might have a business on your hands.

Risk start doesn’t just apply to starting up a business, it can be about pretty much anything, the only trick is to figure out what you can do right now. You may even discover when you start that it’s something that you’re not actually interested in pursuing, and this is great, better to be put off early, put it out of your mind, rather than thinking and planning for months only then to realize you don’t want to do it. Take one step forward and see how that toe feels in the water. Make it a small step so you don’t risk too much, but at the very least start.