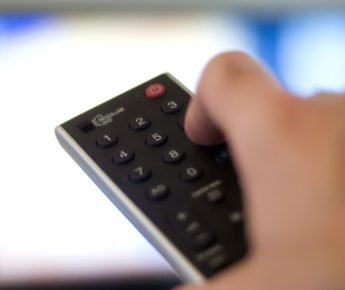 Over the past few weeks the conversation about the TV licences has reared its head again in Ireland with different people from different sides making cases for and against the increasingly controversial levy that households are expected to pay. If you are reading this from outside Europe you might be a bit confused. Why a licence for a TV? Well the principle was simple in the old days. Television was a new enough medium in the early 50’s and 60’s in Ireland, and, before we had our own state broadcasting service, most, if not all of our television came from the United Kingdom. When RTÉ (Raidió Teilifís Éireann) was founded in the early 1960’s the decision was made that in order to fund the service, a charge to own a set to receive the channel would be imposed. The idea was simply that the licence fee would pay for the costs of broadcasting, content creation, staff etc and that this would be the primary source of revenue for RTÉ. Made sense at the time, as most companies and businesses in Ireland had neither the inclination or the money to advertise on television.

Fast forward to the present day, where, for a small country we have several native television stations, with RTE remaining as the publicly owned state broadcaster getting the majority of this fee which has now reached €160 per household per year. While there are many issues with the TV licence fee, lets look at some of the most obvious ones. There is an argument that it gives RTÉ an unfair advantage over some of the other private television stations or broadcasters in Ireland as, before they’ve sold any advertising they have a huge injection of cash from the collection of this amount. Essentially it means that they have public money to start with before they operate and before they start to generate their own revenue. While you might argue that this is because they are the national broadcaster and therefore we as the public technically own part of it, unlike most other types of business we don’t seem to have a huge say in how this money is spend. At least with other public bodies we can elect the officials and push for change. 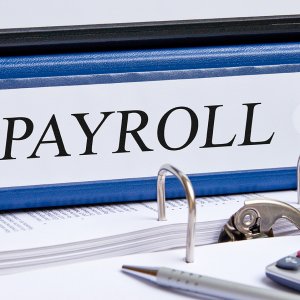 Does the fee mostly go to payroll

The other challenge is that the company as a whole seems to suffer with the same affliction that many government and public bodies are affected by; bureaucracy. There is a huge number of people employed by RTÉ and many in high paid senior positions, which again is not normally an issue, but you would expect that we, as the public would have more of an input here. Every year it seems that well paid presenters and personalities whose salaries become public have to defend the rational behind them earning so much and I wonder if we really begrudge them the wages, or if it’s a case that we feel like we’re the ones footing the bill.

Again if you are reading from outside Ireland, you might think, ‘okay, but surely they use some of this money for new content?’ This is true, but the level and quality of the content seems to fluctuate wildly and from someone who has taken part in the film and television industry in the past, there remains a general attitude of nepotism and worse, unwillingness to try anything new. Therefore the content that’s created uses the same actors, producers etc time and time again as they are considered safe. I’m not saying we don’t have some very talented people in the industry, but it’s the rare occasion that I am really excited to tune into a production or new show created by our national broadcaster, not that it doesn’t happen, but for all this money, I’d hope for more. Again, the other stations also create their own content without getting this infusion of public money too, so the question remains, is the licence fee just there to pay an overly bloated workforce? 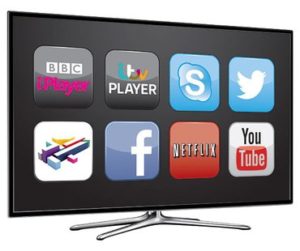 Let’s look at advertising. Every network, broadcaster and television station does it, and theoretically in Ireland they are on a level playing field. The truth is though, while they might be on a par with each other in competing for your advertising money they can no longer compete with all the other stations that we now have access to from the UK and further afield. It wouldn’t be untrue to say that when I do switch on the TV, I would probably on spend about 10% of my time watching Irish television stations and the rest is content from the US and the UK. I’m not paying their licence fees yet they’re still generating revenue by having me watch, and they know this. Sky and ITV for example adjust their advertising for the Irish market as they know people here are watching so they have another stream of money coming through.

The government here now wants to ensure that as people phase out their television sets in favor of laptops and other devices that they can still collect the licence fee and this is going to pose some challenges. There is a move to change the fee to a broadcasting levy, which means that every household whether they own a TV or not must pay this service charge regardless of if they are watching Netflix or using RTÉ player. I can (almost) understand a logic behind water charges, in that every household must at some point use water. I don’t agree with the way or rate they were introduced here, but logically it makes more sense in my brain then telling someone, ‘hey, you never watch or avail of the Irish broadcaster on you smart phone, but because you use Netflix or similar on it you are obliged to pay for the service!’ It seems like we’re being asked to pay in multiple ways, the licence fee, our TV subscription service if we have Virgin Media or Sky for example, and then they’re still free to go off and generate revenue through advertising and other commercial operations. On top of this, if the new broadcasting licence comes into force, you can’t even opt out by not owning a television set.

On a side note, while I pay the licence, I’m not happy about it, and if I believed for a moment there was a real national interest involved in maintaining the state broadcaster this way I’d probably not object so much, but the public should have far more say and oversight. I don’t believe this is something we can abolish over night, but maybe its time to take a hard look at the service that the broadcasters that are actually funded by this licence provide and make a simple decision to let them sink or swim without it.