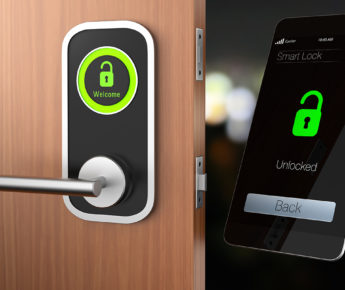 by ambyrne
Nov 16
2017
TechnologyI hate keys, but I’m not quite sold on smart locks

I’ve talked in previous posts about my move to turn my home into a truly smart apartment and in the process of this I’ve been looking into smart locks. Let’s start from where a lot of my fondness for technology and gadgets comes from, my hatred of something else, in this case keys. I’ve always disliked the jangly, noisy and at times awkward device that we’ve just grown to ignore in our pocket. The argument that simple is often better is true to a point, the humble key has been around for centuries and it’s effective and deceptively simple as tools go. 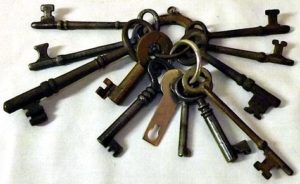 How I long to not have a pile of keys

The issue remains though, keys are an extra thing for me to carry. An extra thing to remember and, if the worst comes to the worst, an extra thing to lose. I’ve become a little paranoid over the years about the set of keys that I carry to the point that I have a chain connecting them to my belt for fear of losing them. Sensible yes, and something that many people do, but the collection keeps growing, between office, apartment, post box etc, what starts out as a small loop of 2 or 3 quickly becomes a jumbled and jagged mess.

I’ve even recently purchased a key organizer which attaches keys to a small bar to keep them together to keep them more secure and quieter, but still, as the collection grows so does my annoyance at having to carry around these small metal analogue access devices. For the techie the solution would seem to be obvious, the smart lock.

If you can’t guess from the name the smart lock replaces or augments your existing door lock and means that as you approach it the device recognizes you and gives you entry without having to out the key in the tumbler. Think a keypad lock that you don’t even have to remember the combination for and you’re close to the idea. This type of key-less access isn’t new to businesses who use everything from fobs and combinations to the more advanced fingerprint and bio-metric. Yes it isn’t science fiction, bio-metric like you see in movies does get used from time to time, but mostly by the most sensitive or hi-tech businesses. What we’re talking about here though is for the consumer, the home user who wants to bring their lock and key into the 21st century.

I’ve looked at some that completely replace the lock that I have already and have made some early decisions before I make the jump. Firstly, replacing the key completely is probably a very unwise idea. If for any reason the electronic device fails or looses power I could well fins myself locked out which would be a disaster and definitely not worth all the effort just to ditch a key. Secondly I like the way the existing fixture looks on the outside of my door and think that adding a keypad or combination lock would detract from the simplicity of my door and probably draw unwanted attention which again isn’t ideal. What I’m looking for is something that takes my existing mechanism and allows me to control it via my phone.

Over the last few days I’ve been leaning towards the August Smart Lock Pro + Connect. August aren’t new to this market and have previously made smart home and in particular smart locking products. The big advantage to this product is that it only replaces the lock on the inside of the door. In other words the catch that I turn to lock the door when I get inside is removed but the cylinder for the key and all the outside appearance remains. All I would be doing is replacing the mechanical turn with a device that did this for me.

There are some obvious advantages to this. For starters my key will still work as the tumblers and cylinders would remain the same, meaning in the event the whole thing fails, I can still resort to borrowing the spare key I’ve left with a family member. It also means I don’t have to spend hours dismantling and installing a new lock which is again a plus. The device itself uses WiFi and Bluetooth. The WiFi lets me remotely connect to the device and check that its locked or even open it from a distance if needs be. The Bluetooth is the primary function though and once paired with my phone it can be set for automatically open once I’m in range. and lock behind me.

The main issue I have is the Bluetooth though as time and time again it’s been proven that it’s not the most secure form of communication and can, in theory, be hijacked. Essentially if someone knew I had a smart lock and the make and model, they could potentially hack it open. Of course they’d have to get into my building, past everyone who’d happen by them, find my door and do this quickly without anyone noticing them, so realistically if someone was determined to break in they’d probably be quicker breaking a standard lock and key, but it does put me off buying one somewhat.

There are some other useful functions though, like being able to give someone, a guest, friend or what ever a temporary token to allow them access. This would be ideal for someone renting or AirBnB-ing their home as you could give your tenants access just for the time they’ve paid and wouldn’t even have to meet them in person to hand them the keys as this could be sent as a message or e-mail. If you ever have that nagging feeling that you forgot to lock the front door you can remotely connect to it and check and lock it if necessary. 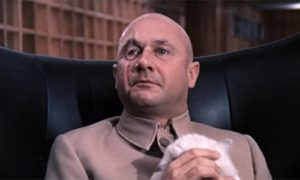 Am I turning into a Bond villain

All of these are a big plus, but I’m still on the fence because of the security issues. This, coupled with the fact that it’ll only replace one key on my chain means I’m still considering. If my main goal is to get rid of my keys I’d need to think about getting one for each location that I have a key for and that, for so many reasons, isn’t practical. I do like the idea though of connecting it to my smart camera and Amazon Alexa device and seeing who’s at the door, telling Alexa to let them in and generally controlling my apartment like a Bond villain, but I might wait for the post-Christmas sales.