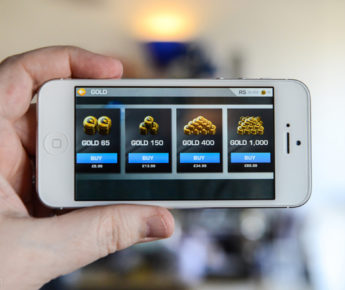 Today with micro-transactions you are paying again for a game you already own. When I was a kid buying a new computer game was a big deal. I still remember vividly the day I saw the box for Monkey Island 2 and, it being about 6 weeks away, I starting dropping hints for my birthday that year. Back then, really good PC games were few and far between. Consoles were where the games seemed to go, be it a Nintendo games console or a Sega Master System, if you wanted to play games you were expected to go for a dedicated machine. In our house though the idea of having this device just for games was not an option, so, having already installed a PC in the house, we were encouraged to use this if we really wanted computer games. 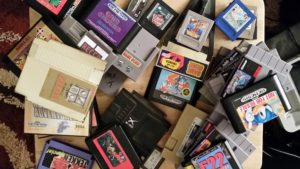 Games used to be buy once with little to no updates

There was one common theme though. You bought it, it was yours. Online gaming was still a while away, and the closest you got to having to pay again for a game was the shareware model. At the time, for example, if you went to a video game store you could buy the first episode of the original Wolfenstein 3D (btw you can play it online at this link) for about £6.99. This got you the first 10 levels or so and if you liked the game you could then purchase the next 2 episodes for about £25. This was clever and is a technique that has continued to this day in games released in episodic form. At the time there’s no way as a kid I would have been able to fork out 25-30 pounds in one go, but £6.99 I could probably save up for quite quickly.

Okay, so in hindsight the idea of micro-transactions isn’t a unique thing and probably has its origins in this model. The reason it worked though was that PC gaming wasn’t as big and, like most people I couldn’t justify a large money purchase for a game that would crash my system or take a half a day to reconfigure the config.sys file on my machine. Today though there is a new theme with games, that of micro-transactions within the game or as add-ons to the program.

If you’re not a gamer this may seem a bit strange, but the idea is that you purchase a game from a big development house, and you have 2 ways to progress in the game; either you can play for hours and hours slogging away to build up points and achievements, or, if you are playing a game with the option for purchasing content, you can pay to get certain items and achievements. Bare in mind that you have still spent anywhere between €30 to €80 to purchase the base game in the first place, but now you can be asked to spend 99c here and there in order to make your playing ‘a better experience’.

Development houses have made a simple argument about these in-game purchases; unlike games in the past which they wrote, created and sold and that was the end of it, games today are updated, improved and added to over time and these additional sources of revenue help for this on going development. This leads me to 2 obvious problems. Firstly there have been instances of developers releasing a buggy game at full price and using this as an excuse to push out patches and fixes at a later stage, and secondly it means that people who have the money can progress more easily in the game and others might feel the need to spend their cash to do the same.

These micro-transactions seem like tiny amounts, but soon enough they add up. We’ve heard horror stories of people getting bills for hundreds and even thousands of Dollars or Euro because their kids got a hold of their iPad, went nuts on Candy-Crush and figured out how to use the pre-stored credit card details to buy additional achievements. Each click of the mouse, or tap of the screen which costs you a Euro or whatever can soon spiral out of control and end up with a big bill.

How bad can this issue be you ask? We’ll take the just released Star Wars: Battlefront II game which has been hugely hyped over the last few months and anticipated by Star Wars fans and gamers alike. The game was released to a selected group of consumers in advance of the global launch and instantly developers EA games & Dice were hit with criticisms. The deluxe edition of the game retailed at €80 and was their flagship as it offered pre-upgraded and enhanced characters promising a leg up on the game play. Or you could buy the standard version for about €45. Gamers excitedly installed and got up and running only to find that certain characters, particularly fan favorites like Darth Vader we’re not playable out of the box and the game expected you to play for 40 hours plus, or pay to access these avatars. 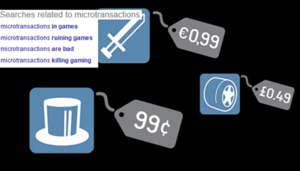 Not a good experience for people and they have quickly rolled back on this in advance of the game going live everywhere. And in case you’re wondering if this is limited to PC or mobile, this is now getting to be pretty standard across all consoles and with a lot of games. The bigger issue I have is that if you can pay to skip building up the achievements and skip ahead with these purchases, is the game any fun to play any more? Knowing that there is a quick short cut to get ahead and if you have this knowledge is hanging over you all the time, how long before you’re tempted to use the easy way out?

It’s an interesting fact that playing games has been proven to release certain chemicals associated with joy and pleasure in many gamers, and so too has the act of spending money, so I wonder if the developers are actively counting on these facts to give you an artificial high by playing and buying. Casino’s and online gambling is strictly regulated in many countries, and yet these in-game purchases have all the hallmarks of addiction, gaming and artificial senses of achievement, so is this the next industry to see scrutiny?