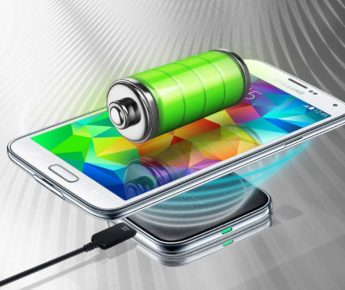 Back in 2012 I bought myself a Samsung Note 2, which, at the time was the answer to all my mobile concerns. It was a phone, a miniature tablet and a writing device all at once, and although the functionality is nothing like what you would expect today, this device packed a punch. Within a few weeks though I decided to play around with some of the newer and more interesting functions. For example, with a change of the battery case you could add the functionality of wireless charging. I was intrigued and forked out another €100 or so to get the specific case and the new ‘wireless charger’. All of a sudden I didn’t have to plug-in the USB cable on my nightstand before I went to sleep and if the phone rang I didn’t have to struggle with the cable and put it back in when I was finished.

If you haven’t used wireless charging for a device before it’s not the most straight forward process, nor does the term wireless really apply, but for the use case above it did exactly what I needed it to do. 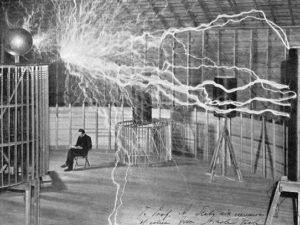 When I say that it isn’t really wireless, what I mean is that the phone itself has to be placed on a charging mat or pad where it gets the power from. This pad in itself still has to be plugged into the mains. The process works by using two coils, one in the pad and the other in the device. The pad takes an electrical charge and using the coil converts this into a magnetic field which is picked up by the coil in the mobile device which then converts it back to power in order to charge the device. This idea isn’t new and was first suggested and experimented on by Nikola Tesla in the 1890’s. His experiments ultimately failed but the theory was sound.

In recent years the prospect of ‘wire-cutting’ has had tech companies and consumers enthralled, but even 5 years after buying my first device capable of this feat, little seems to have progressed since then. There are a number of challenges, even though the technology works, and these seem to be stopping the big players from adopting or really championing the idea. First off the bat, the proximity and placement. The phone, for example, needs to be mere millimeters from the charging pad’s coil in order for the charge to work, and even the placement and orientation can cause the charging to slow or even stop. When we talk about speed, this is the biggest issue, it takes a long time. While you might be happy to leave your phone over night to get it up to full power, in a pinch you’ll still want to go for the wired charger to get the job done quickly.

These factors combined mean that although you can use wireless charging in some devices, the question is, do you want to? It doesn’t help that most phones, particularly the flag-ship ones, until recently didn’t have it built-in, or if they did it considerably increased the cost of the device, means that consumers haven’t really had a chance to reap the benefits of the technology. Take my current device, the HTC U11, a flagship phone from HTC, but, although it has all the bells and whistles of its Apple or Samsung counterparts, does not have wireless charging built-in. Now, I can add the ability by buying an attachment that sticks on the back and plugs into the charging jack of the phone, but then I make the device bigger and less pretty, and I have to keep removing this if I need the jack for anything else. This seems to be the theme with a lot of phones, so people just don’t bother.

Seems like you can’t have everything, but it wasn’t my primary factor for buying the device, so I’ll just live without for the moment. Back to awkwardly plugging in and out when my percentage runs below 15 power. One of the many reasons that manufacturers have been slow to adopt the technology is that until recently, as with many new developments, there were conflicting standards. Much in the same way that DVD and LaserDisc or Blu-Ray and HD-DVD fought it out, there were different ideas and people behind them. Fortunately it seems that a standard known as Qi has won out and this is what we are to look forward to.

For the first time I can say that I hope Apple get a say in this game. Although many Android phones have used the Qi standard before, Apple has only really embraced it now with the new iPhone 8, and I’m hopeful that this might signal a revival in interest in using wireless charging. This, coupled with the fact that as the technology gets better, so too does the charging time, I’d really like to see this as a standard in phones going forward. But why you ask? Is it just another thing for geeks like me to talk about that their phones have that no one really uses? 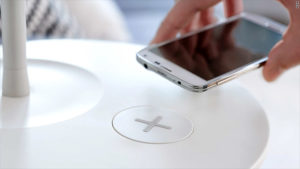 Tables with built in wireless charging

The answer is that this really is something that could have a noticeable impact day-to-day. A few years ago several restaurants and coffee shops in the US experimented and installed wireless charging pads in tables and desks that people were sitting at so people could come in, get their coffee and charge their phone without needing to have the cable on them. Of course they’d stay to enjoy the coffee too as they’re not likely to want to leave their phone just sitting there while it charges, but if every device supported this we could see a lot more places doing this.

We could also potentially see less waste. I’d estimate at the moment that I have anywhere between 10 and 20 micro USB chargers in my apartment at the moment. As we change our phones and get new devices we accumulate them, and often these can end up in landfills in the same way that obsolete Nokia chargers did in their thousands. If we didn’t need to carry or have a charger anywhere but in the box of the phone, it might mean manufacturers could theoretically stop shipping them with the device. We’ve a long way to go before this happens, but if consumers keep asking for devices with wireless charging, maybe we’ll have the power to make these changes.