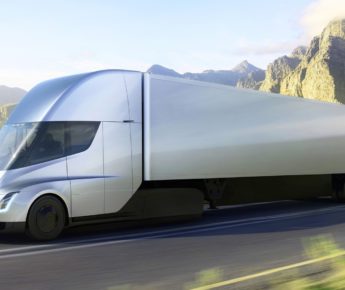 I’m a fan of Elon Musk, or at the very least I’m a fan of his vision for the future. Green energy, life on Mars and a truly self-sustaining way of living. That hasn’t stopped me from acknowledging that he is reportedly difficult to work with, demanding and even controversial. More than that his optimism and belief in what he is doing often leads to disappointment for those following him or worse, feeling that he has let them down. When he first took over Tesla he made some wild promises about the Model S and the Roadster but it took years for these to come even close to reality.

In the past, Tesla has been guilty of missing deadlines, over hyping products and features, and underwhelming both customers and investors alike. They have missed pre-order schedules and even upped the price of cars even after buyers have prepaid. Despite all of this and the rocky road that the company has traveled, they have somehow captured our imagination with the hope of something different. They have even pushed other car manufacturers to invest more in electric cars and proven concepts that were thought too costly or time-consuming to be viable, and, sometimes, just sometimes, even pulled a rabbit out of a hat in giving the world a new product.

A few days ago Tesla announced their new fleet of electric semi trucks and, as usual, Musk’s claims about the capabilities and specifications were no less grand than previous boasts. He claims the trucks have a range of 800k on a charge and have built-in technology similar to their consumer cars. They’ve added auto-pilot, the semi-autonomous driving system as well as a technology that he claims makes the trucks impossible to jack-knife. Overall Tesla is promising about 20% cost saving using these new vehicles over traditional petrol or diesel over their life time which is a bold claim.

Although no price has been announced there are several big retailers who have already put in large pre-orders. Walmart in the US have ordered for example, but the biggest known order is from a Canadian supermarket chain Loblaw who have signed up for 25 of the new trucks. What’s interesting is that even though these vehicles won’t be available until 2019, and there is an assumption that they will be produced on time, big companies are willing to take early bets on Tesla. They’re even willing to give up to $5000 deposit per truck.

The challenge for Tesla will be smaller companies. While large companies can afford to take a punt on new technology and risk not getting what they asked for on time or in full, smaller businesses are not going to be able to take that chance early on. It’s expected that the initial price of each unit will be considerably more than a normal semi truck and it will only be over the life span of usage that the cost savings will be revealed. For a small company that is limited on budget and cash flow, paying more up front might not be able to afford the cost. 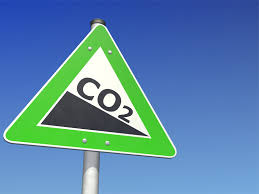 Fewer emissions as well as cost saving are both possible

Price and cost saving over the space of years isn’t the only factor though in considering these as an alternative to normal trucks. Loblaw for example, have committed to a massive reduction in their carbon foot print over the next few years, and this seems to be the bigger factor in their purchase rather than the potential savings long-term. The truth is that if the trucks work the way Musk is claiming it’ll be a win for everyone. Fewer emissions, less effect on the environment, potential cost reduction for companies, and potentially even a better experience for drivers themselves.

What gives me hope is that, unlike many other companies which hype up their products and services and then fail to ever deliver, Tesla under Musk does intend to do what they say. There are many CEO’s and business leaders who make wild promises which can sometimes be more for investors or publicity, but at the very least with Musk he aims to deliver on what he shows the public. He may stumble, he may set unrealistic goals and objectives, but he seems to get there in the end somehow and defying the skeptics at the same time. 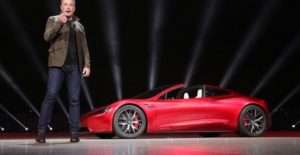 Elon Musk and the 2020 roadster

Along with the launch of the semi, Tesla also surprised the crowd with the announcement of a new Roadster. This was unexpected but not unwelcome. The Roadster is Tesla’s sports model which follows up on its 2008 model. What’s really interesting about this car is that the specifications and potential of this car seem to defy logic. Musk is promising the fastest production car ever made, in fact, if the claims he’s making are true, this sports car would rival the famous Bugatti Veyron and be electric-powered to boot.

If we believe the claims, this monster of a car will be capable of zero to 60 miles per hour in less than 1.9 seconds with a top speed of more than 250 miles per hour (400km/h+). This is sure to make car enthusiasts day, but this car will not be available until 2020 at the earliest and will probably follow Tesla’s next production car, the model Y. The only concern with all of these claims is that there are other manufacturers that are not only taking note, they’re hot on the heals of Tesla. When you think of car companies like Volvo or Daimler you don’t usually think electric cars and trucks, but all that is changing rapidly.

All the wild boasts and elaborate claims are fun to a point, but Musk has a tenancy to cloud the issue sometimes. He previously tweeted that the semi-truck would make coffee and transform like a transformer, and has even hinted that a future upgrade to the Roadster would be the addition of the ability to fly, and these tweets, fun though they are, can frustrate people who want to get to the reality of what these vehicles will be capable of. I still hope for a future of part-automated, clean driving trucks transporting our goods across the countries, and so I hope that the public boasts that are grounded in reality will truly show the road ahead.