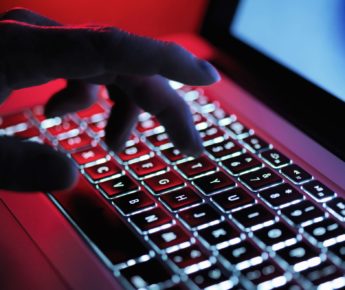 by ambyrne
Nov 22
2017
Lifestyle, Opinion, TechnologyNet Neutrality is important for all of us

You may or may not have heard conversations in the last few days around net neutrality and if you’re thinking it’s something tech related, or only effecting businesses and giants like Google or Facebook I’m going to be the barer of some bad news; this is a big deal for all of us. I’m picking my thoughts very carefully on this post as the potential for me to ramble or go on a rant about net neutrality is huge. Many people will ask me, ‘why is this bothering you based in Ireland when the issue is in the United States? And again my answer will be that this effects everyone.

If you’re not familiar with the term net neutrality I’ll try to explain briefly and without using any jargon. Effectively if you’re accessing the internet you are doing so through an ISP or internet service provider, for example in Ireland we have Eir, Virgin Broadband, Digiweb etc, who all provide a pipe or gateway from your home to the world-wide web and so on. You pay these providers for access to the internet and you assume that you are getting the whole internet, in other words they aren’t picking and choosing which parts you can view or which sites will load.

This is what is meant by net neutrality. The idea is that the ISP’s are simply the service provider that gives you the communications channel to access the world and they have no bias towards particular companies or services, let alone particular websites. Sure, they may send you e-mails about services and offers from their competitors, but in theory they cannot stop you from using a product from a company owned by their rival. Not only this, net neutrality means that the ISP can’t pick preferences when it comes to things like news sites, search engines or social media platforms. They are expected to deliver each one to your PC evenly and without preference.

All of this is about to change in the US though as the FCC, the Federal Communications Commission is about to remove and repeal rules and regulations that govern the actions of ISP’s in the country. They are doing so under the guise that this will lead to better competition and that the government shouldn’t be micro-managing internet companies. While I agree that governments shouldn’t be able to dictate what companies do, regulation which keeps things fair is something that is definitely needed. 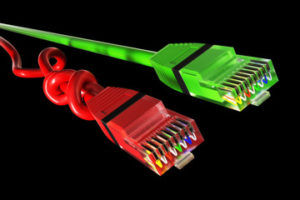 What will this mean for the consumer? Well there’s a few things that may happen, and I say may because they will all be possible once the rules are removed, but it remains to be seen which ISP’s will do what. For starters ISP’s will be free to throttle your internet connection if they have a preference for a particular service. Take for example Netflix. If you are paying you $10 or whatever to Netflix you assume that that’s all you need to do, but under the new guidelines your ISP could decide to slow down access to the Netflix website if they have a connection with another streaming service.

Many big networks and cable services in the United States have, or are planning their own streaming services, either for catch-up on TV shows from their channels, or for new exclusive content that you have to be a subscriber to see. If the FCC succeeds in removing the current net neutrality rules, if your ISP is owned by that cable company or Network, they can then decide to muscle out other streaming services by making it painfully slow to use them, in favor of their own service. If this seems unfair, that’s because it is.

You’re probably asking how they can get away with this? And that’s the point. Once the FCC removes the regulation they are free to do this legally. Sure they might put it in their terms and conditions, but, as most people don’t read them anyway, you may end up with a situation where someone is using a certain ISP, pays for Netflix and has a really poor service, possibly blaming the streaming company rather than putting the responsibility where it should be, at the foot of the ISP.

This potentially could go one terrifying step further. Supposing my ISP is owned by a large news company or a business with strong political ties to one party or another, what’s to stop the service provider slowing down rival news networks or their websites. If this came into effect your internet service provider could effectively choose which news you can read and therefore change your opinion by you just being online. This may sound alarmist, but this is tantamount to censorship, in fact this could be viewed as being worse as it’s a form to control over the media as well as your ability to access the free press. 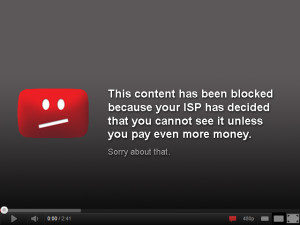 Could this be a regular sight in the future

This is why this concerns me so much even though I’m based the other side of the Atlantic Ocean. I’ve talked about fake news before and how targeting ads and social media posts can and seem to have influenced politics and elections. You can almost mentally come to grips with it when you believe its outside or foreign interference, but what if there comes a day when your ISP can decide which election ads you get to see and which are blocked or slowed down? This not only affects the country it happening in, but everyone globally. What if the ISP’s decide to restrict access to websites in other countries? Or make it more difficult for a startup to get their website out because they have a similar service.

For so many reasons this seems like a strange decision from the FCC and has the sense of being politically and financially motivated. Of course the service providers want to see the rules gone and use the regulations as an excuse as to why they’re slow to roll out new services, or expand into different areas. They site that the cost of adhering to the rules means that money can’t be spend elsewhere, but this seems like poor reasoning as doing nothing to effect the users free and neutral access to the web should and does cost them nothing.