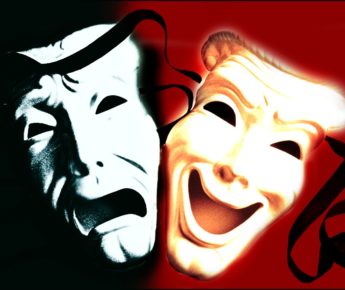 by ambyrne
Nov 23
2017
LifestyleAct now! But just for the fun of it

Outside of the technology and start-up space, one of my passions is for drama. I’ve always loved to act for as long as I can remember and even have memories as a child of putting on little shows and plays for family and friends before properly treading the boards in secondary school during school plays and even taking a place in the Young Gaiety programs offered by the Gaiety School of Acting. It’s more than just a hobby for me, and it’s something I dip in and out of from time to time when I have, all be it limited, availability to do something. 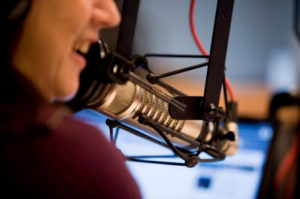 Voice acting isn’t as easy as it looks

Even to this day, I still do the occasional voice-over or additional dialogue recording because it’s fun and gives me a little bit of extra spending money. That’s not to say it’s easy, in fact it’s quite tough, both physically and mentally demanding, particularly if you need to change accents or do lots of different scenes back to back with different energy levels and emotional states, but it’s definitely something I enjoy doing. As an added perk, I get to see films and TV shows months before they air and even occasionally rub shoulders with some of the cast and crew.

It’s an interesting past time and not for everybody as a career or even side job, but I’ve long believed that there is a real tangible benefit for everyone to do some sort of acting, whether it’s an amateur production in their local hall or a course on acting for camera, there are ways that doing any of these things can have a really positive impact on your day-to-day life. It seems a bit odd to most people when I suggest it, but the more people I’ve come across in the drama space, the more I believe it.

I’m gonna be completely honest, in my younger days I really wanted to act full-time. It was the dream that many people have had yet few have managed to achieve. There are a couple of harsh realities that come to play if you get into the business though, the more unpleasant of these have been highlighted in the media recently, but for this I’m going to steer away from those and just talk about the things that you need to actively consider. It’s a tough industry, no matter how you look at it, there are thousands of aspiring actors who are all looking to make it big, or even make a living from it and the truth is that only a small percentage do.

I have friends who have worked, fought and performed their hearts out for 10 or 15 years and, even though they are talented, have a good look or whatever the buzz terms, for whatever reason it just hasn’t clicked for them. Maybe the agents already have too many similar clients, maybe the work isn’t out there, maybe they just messed up a really crucial audition. Whatever the case there’s a great deal of chance involved in the industry. It’s sufficient just to be good, you also need to be lucky it seems. The danger here is that I’m going to talk people out of wanting to try the acting thing, but actually I want to encourage people to do it in spite of all of these things. Just go in with your eyes open and with a different goal in mind.

So why am I advocating for everyone to give acting a go? Well it isn’t because I want more competition if I go for a role in a TV show, actually it’s because of the benefits that I have seen and experience that have helped me in my career and in my personal life. Aside from the performance part and the enjoyment you’ll get from playing a character for a little while, working with people reading lines and memorizing scripts has really been beneficial whenever I have to speak in public, both for confidence and delivery. If you go in with the intention of taking it seriously and not just a laugh, there are huge ways you can learn to be disciplined and focused. It’s a demanding profession and even the amateur stuff can take time, effort and commitment.

When I did a course in the Gaiety several years ago I made a conscious decision. Everyone, no matter how confident they are, when they walked in the room the first day along with 20 other complete strangers, not a single person spoke. It was funny that a room full of aspiring actors and performers was so quiet and so here was when I exercised the conscious decision. The sooner you make a fool out of yourself in front of everyone the quicker everyone relaxes, so I decided to be the volunteer. I wasn’t going to slip comically on a banana peel or anything, but I volunteered to go first at doing a little monologue and although I fumbled half way though and there were a few giggles, the tension lifted, both from my shoulders and the room. I’ve carried this with me and use this as a tool in my belt to overcome nerves. 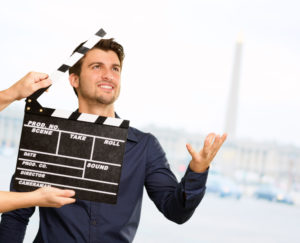 You may not want to act full time, but there are still benefits to trying it out

It’s not just confidence that is gained though. I still sometimes get stage fright or a spot of nerves before a presentation for example, having done theater in front of 100 complete strangers every night for a week really makes talking to a room of business people who are interested in what I have to say is easier. I also gained better sight-reading ability so it’s less obvious when I use notes or cue cards in meetings. Speech improves too, and I’ve seen examples of people who are shy and timid who, after a few weeks belting out Shakespeare, can capture a room with incredible delivery.

Do it for confidence building, public speaking, even exercise believe it or not! One of the things you can also take away is discipline, if you choose to. The people who do the best are the ones who treat it as a bit of fun but also commit to it seriously. There are huge benefits to learning lines, scripts and even stage positions and blocking.

I’d encourage everyone to do something, be it improv classes, an amateur theater production or even a voice-over workshop and see how it will boost how you speak and even how you stand and walk. An interesting side effect of drama workshops is that stretching and posture techniques are brought in also which can make you appear more confident, but might also be long-term better for your health. The only thing I would advise to people is to do it because it’s fun and you want to try something new. Don’t go in expecting to be the next Daniel Day-Lewis or Dame Judy Dench or whoever, but go in looking to take something from the experience.