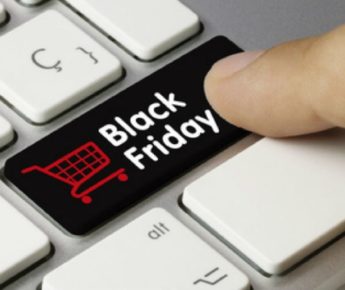 by ambyrne
Nov 24
2017
Lifestyle, OpinionWell I had to post something about Black Friday!

I’ve heard a few people grumbling over the last few days that they don’t ‘get’ Black Friday. It’s one of those strange phenomena we have imported from the US and kind of just forgotten that fact. Although its been a huge deal in the States for years, particularly in retail, I’ve only really taken notice of it myself in the past couple. It seems that these days, when you think of Black Friday, you think of tech deals. This wasn’t always the case though. This unofficial holiday has been going on since the 50’s and was originally the start of the Christmas shopping period in the United States.

If you’ve ever wondered where the term Black Friday comes from, it’s quite simple, and not to be confused with tragedies and historical events that share its name. In fact the name comes from the fact that many retailers could change the ink on their ledger from red to black on this day. In other words this signified the time when they were generating enough sales to put them back in the black. Makes you think then that, whether you like the Christmas holidays or not, it really does form the life blood of many retail stores and small businesses if their entire year only goes into the black this far in. 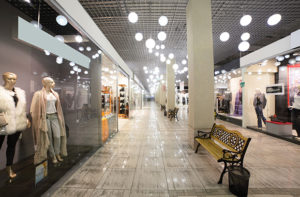 The fact then that online sales on this day and in truth the past week are threatening to take down a lot of these small businesses and retail outlets is a little ironic. Black Friday was made into this ‘national sell stuff cheap day’ in your store only for the modern tech world to take that and use it against you. Walking through Dublin today I couldn’t help thinking that the streets and the shops were not nearly as busy as I had anticipated. Perhaps it’s because we don’t have the day off here to go to the shops, or perhaps it’s because the best and most convenient deals are available online.

Take Amazon for example. They have been advertising deals for Black Friday for over a week, obviously forgetting the language problem there, i.e. it’s just the Friday, but I digress. If you have easy and instant access to the best deals and offers online and can even get free or close to free shipping why wouldn’t you save yourself the trouble of trekking around the streets and shops. I’ve done it myself, availing of the many discounts on tech products and gadgets available online. But I didn’t stop there, and that’s what they’re hoping for.

There were a couple of items that I was hoping would be discounted this year, and sure enough, the sales did not disappoint. But of course I couldn’t resist looking for other deals and soon small impulse buys meant that I’d spent way more than I’d hoped, but at least I got everything I wanted and more. If you were to ask me if I’m a fan of the holiday I’d have to say, in truth yes.

It’s strikes me as a great way to get your Christmas shopping done at a discounted price, particularly if the things you are buying your family and friends are TV’s and coffee makers, as these seem to be the best promotions available. It’s also a good time to invest in the cool gadgets. Some of the devices I’ve talked about before are heavily discounted this week such as the Amazon Echo’s. Just bear in mind a couple of things; the best deals are always on the UK or US websites and you’ll often forget that the exchange rate is going to eat into the savings. If you’re having the items shipped from overseas, that too will effect your budget. And, if like me, you want to purchase things that are not available to ship to Ireland and pay for a post box service like AddressPal from An Post, remember that you’ll pay for that privilege too, as well as having to potentially pay customs and import duty. 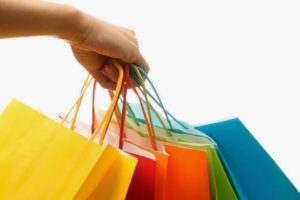 In other words, for us here in Ireland, sometimes the deal just isn’t worth it, so before you are tempted to click add to cart, make sure you have your calculator handy and ensure that you are still getting better value than if you went to the local retail outlet. Seems like an obvious thing to say, but all too easily people get swept up in the excitement of 30% off or 50% off and forget that there’ll still be other fees to pay before you see your item.

So the whole world has adopted the American holiday it seems and use it to kick off the spending rush before December 25th, which is fine, but this year I’ve been fascinated by what’s happening in the East. In China for example, online giant Alibaba has again demolished all expectations and sales goals, not on Black Friday, but on China’s own holiday, Singles Day. This peculiar holiday where Chinese people celebrate being single occurs on the 11th of the 11th each year (11.11 one, one, one, one, nicely done China) and has fast become the largest online and in person shopping day in the world. This year they’ve estimated that somewhere in the region of $25.4 billion dollars worth of sales were done for singles day. This dwarfs the results from Black Friday and Cyber Monday combined.

Speaking of Cyber Monday, everyone seems to have forgotten this one in the midst of all the Black Friday chaos. Cyber Monday was simply concocted by marketing companies to encourage people to shop online the Monday following Thanks Giving. Seems a bit redundant now with the Black Friday mania lasting more than a week, but hey. What it means though is that there will still be deals to get even if you miss out on that Friday one you had your eye on.

While I’m not a huge fan of the over commercialism of everything, the fact that this holiday is so blatant actually makes me feel a bit more at ease. At least with Black Friday there’s no attempt to disguise it as something else as in the case with Christmas. Plus, if I can get the latest gadgets cheaper for a day, of course I’m going to take out my credit card.