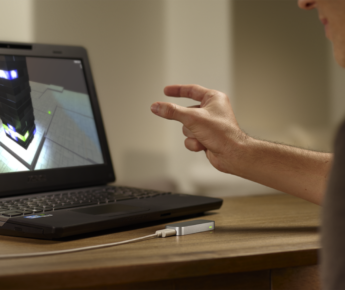 Let’s face it, it’s a little bit artificial to use a keyboard. You may be very proficient at typing, but I’m sure everyone would prefer another way of interacting with their computer. Or then again maybe not, perhaps the idea of using the keyboard helps remind us that we are using a piece of technology and, if you’re fearful of the rise of the machines, this may give you some distance from this idea. Whatever the case many PC manufacturers, start-ups and tech giants have long dreamed of another way to get your commands to the computer, and this had led to the rise in some interesting devices for input.

What do we mean when we talk about natural input devices? Well effectively natural input is when we deal with the computer, or interact with it in a way we would do so with things in the real world. It’s a very broad term and can be used to describe a great many things, but more and more people are using the term to suggest giving commands with hand gestures or body movements. While this may on the face of it not seem all that ‘natural’ the idea is to make giving your PC easier and with less disruption to what you are doing at the time.

Having to sit down and use the mouse and keyboard takes us out of the world for a few minutes and if we had some way of conveying what we wanted while we were making our tea or getting dressed this would not only be a time saver but would also help to integrate the PC more into our every day lives. In the same way that you probably don’t give a lot of thought into boiling the kettle, tech companies want to make it almost a reflex rather than a conscious decision.

So what types of input are we talking about? The most obvious, and the one that has been around for quite a while is voice. I’ve spoken at length about my fascination with devices such as the Amazon Echo and Google Home which take voice commands to play music, answer questions and even dim the lights. This is the most clear and probably well-known step to make you walk away from the desktop and use the computer as if you were commanding a digital assistant. But voice is only part of the equation, and there are still obstacles.

With voice, for example, the devices still have trouble distinguishing between people, so in theory, two people who sound alike could check each others messages or even make charges on an online account. While this is being perfected there’s other options. Handwriting for example is making a comeback. Not the best news for me I’ll be honest as my writing is all but illegible most of the time, but there’s a definite push to create devices with screens that can be ‘written’ on as easily and naturally as paper. If you’ve ever tried to write with a stylus or draw on a tablet screen you’ll know that it doesn’t feel the same as paper and isn’t as easy to get detail. 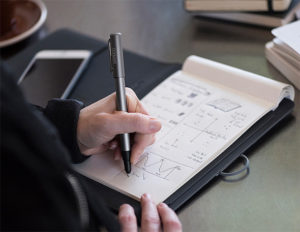 Devices like the Wacom Bamboo Spark let you digitize your handwriting

Devices such as the reMarkable are trying to change that. Their device has an e Ink display that, when written on with a stylus, feels like the experience you get when you write on paper. Best of all, everything is instantly digitized, so if you are taking minutes at a meeting you may be able to write much faster than you can type, so this would be an ideal tool, and you wouldn’t have to go back and type up your notes afterwards. This is one step closer to taking things we’ve done since we were old enough to hold a pencil and making it easier to input into the computer.

These devices aren’t cheap though, so for the moment a pad a paper might be a better option for most people. Fortunately there are devices such as the Wacom Bamboo Spark and Moleskin Smart Note Pad which have actual paper. They are significantly cheaper than buying something which is a full tablet screen used for writing as you are still putting pen to paper. They rely on a pad in the back of the device and a digitizer in the pen that translate your movements and pressure into corresponding marks on the phone, PC or tablet screen. Having used one of these myself they are great if you just prefer paper and work almost the same way as their more expensive counter parts. The only difference is the tablet devices will let you read documents and make notes straight on them which is a huge plus. 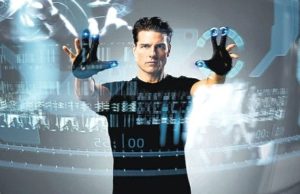 Aside from these options which are just extensions of things we do every day there is a move to using hand signals, eye blinks and gestures to control devices. While this is still in its infancy we see the potential of the technology in VR headsets which can respond to head tracking as well as the movement of sensors placed in the hands. Some current tablets also support waving your hand in front of the screen in order to change the page of an e-book for example. We’re a little bit off from the elaborate hand movements and virtual displays seen in the likes of Minority Report, but not that far to be honest.

It’s very likely that there are options we haven’t even considered yet that will qualify as natural input in the next few years. Some marketing companies already have the technology to adjust the displays on digital signs in storefronts depending on how its facial recognition thinks you are feeling that day based on your expression. While there’ll always be a place for the humble keyboard and mouse, we should embrace these potential new ways of communicating with our devices so that they become more like the tools that we want them to be. Ideally we should get to the point where getting our technology to do what we want should be as effortless and subconscious as waving our hand.