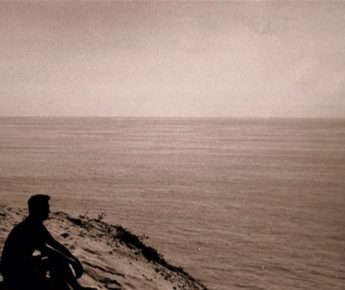 by ambyrne
Nov 29
2017
Lifestyle, OpinionIt’s always important to have a strong support network and a place to rest

It’s the same with everyone I suppose. As our lives progress and we get busy with everything else that comes along we lose touch with people. It’s the usual way of things, and no matter how close you are in school, college or whatever, things change. It’s not always possible to sustain the relationships and contact that you always promised that you would. It’s probably one of those things that everyone thinks about from time to time. We more than likely try from time to time to reconnect with people and rekindle old friendships if possible. The reality is that even in our always connected world, it’s even easier to feel isolated, more than that we often lose some of the support we rely on.

Even in a connected world we can be isolated

Social media is great for keeping a tertiary connection with people, even at great distances, but the reality is that there is a very distinct possibility that we use this platforms as an excuse to not keep in genuine contact with people in our lives. It’s one of the drawbacks of this technology. The more connected we are and the easier it is to actually reach out to people, the less likely we seem to be to do it. Maybe it’s just me, but with everything else going on in life I use Facebook for example as a window to keep track of other people, but in truth there’s only a handful I make a real effort to meet up with regularly.

This isn’t a post looking for people to get in touch with me by the way, it’s just a reflection on our increasingly disconnected yet connected lifestyles. More than that I’ve been thinking more and more about people’s support structures and how, as we get older, these become more important rather than less so. There’s a great deal of focus on young people at the moment and their mental health, which is great, and there is a push to make it easier and more open for young people to talk about their issues. This is great, and hopefully will help people in the future to deal with issues.

It occurs to me though that there are probably still many people in their mid thirties and early forties who have missed out in a sense on this education and guidance on mental health and rely on their support networks such as family and friends, and as mentioned above, the older we get the more likely these are to slip away from us.

At the time of writing this I am working 4 days a week from home raising my 9 month old daughter, This has brought me immense happiness as well as the opportunity to learn everyday and hopefully shape the way she grows up. It’s been a challenge though, not solely from the perspective of trying to balance still getting a certain amount of work done for my company, missing out on a great deal of the salary that I could earn if I was working full-time, but more than any of these it has detached me slightly from colleagues and friends.

This obviously isn’t unique to me and any parent who takes to looking after their children full-time has more than likely felt the same thing, so in no way am I trying to make out that my situation is different or special, but what has occurred to me is that no matter how prepared I was for having the baby, from clothes, accessories, toys, medications etc, I wasn’t prepared for the need for support.

Most of my friends are full-time employed which presents the challenge of seeing them. By the time 6pm rolls around and my partner returns from work, we’re both generally too exhausted to go anywhere or have friends over, and living in the city, although you would think makes things more convenient, actually means that neighbors and people around tend to rent and move after a couple of years. It would be true to say that I don’t know anyone in my building at the moment in spite of being here for 10 plus years.

While many people can rely on family, mine and my partners either live too far away, (in her case abroad) or are not in a position to help out. It’s a position I’m sure many people are in and this sudden change for me of being very social and always active to being at home most of the time has been jarring to say the least. 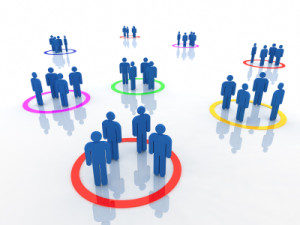 We all need a support network from time to time

This is why I’ve always tried and highly recommend people to maintain some degree of a constant in their life. I know someone who almost religiously goes to a book store every Sunday afternoon and reads before purchasing one or two titles and going on with his week. It’s a good routine and should be one that’s easy to keep. More than that, although it’s not a network of people or someone to help out, it is a constant that keeps him grounded and give him ‘personal time’.

It’s hard to over emphasis the need to have some level of consistency in life as we grow older, a place, a familiar habit, a hobby or even better someone to bounce ideas off from time to time. It’s strange to say out loud, but its all too easy to lose these. Before the baby I had a study in my apartment which I could retreat into to work or even play a sneaky computer game. As this changed I relied on, of all things, a bar. Not as much from the drinking aspect, but I made it a routine to go in once a week and chat to people, play pool and whatever. This became a support structure for me. In a way it’s bad that it was a bar, but there was a sense of a mini community there and it was a, much as I hate the term, safe space for me to just pop in and decompress.

Recently that place has closed down and I’m struck by how much its absence has effected me. Perhaps its the culmination of all the changes in my life over the last year or so, but the last place I could go to get away from everything disappearing has forced me to look at my support network, but also wonder about other people’s too. More and more I think it’s important not only to have people around you that you can talk to, but also somewhere that you can be or go to switch off.

Not an easy thing in this day and age, but for so many reasons much as life wants to get in the way, I feel its more important than ever to look after number 1. In the end, with the people relying on me and the responsibilities I now have, what good would I be to them if I couldn’t manage my own challenges.

With that in mind, I encourage you, if you are reading this, to take a minute to appreciate, and if possible reach out to your friends and family, the ones that are always there as part of your support network and just strengthen that link. If, like me and others you rely on routine or a safe haven, take the time to ensure that if all else fails you have something to fall back on. Looking after yourself is as important, or more so, than any other responsibility you have.