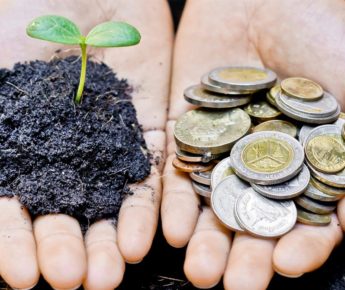 by ambyrne
Dec 1
2017
Lifestyle, TechnologyYou can be a profitable startup and save the world

I’d say for most people today when you hear the word startup the images that come to mind are of tech companies or guys huddled in a garage somewhere. Or if you believe the myth that all IT startups get huge funding right off the bat, you might think of brightly colored office spaces where people are encouraged to work in funky attire and have fun at work. Whatever the picture you may have, it probably does involve the making of money. Profit is the driving force behind most startup businesses. Sure they may have founders that are really passionate about what they do, or really feel they can disrupt an existing industry, but let’s not kid ourselves, people want to make money.

Most startups today, particularly in the tech space, tend to have a culture of wanting to make things better while they do things, and many adopt green ways of working to ensure they have minimal impact on the environment, or they may have a social responsibility program to give back to their local community or support a charity they are interested in. In truth though, while these efforts can give some publicity and credit to the business they tend something that costs the business and doesn’t directly lead to more sales or profit. There is another way though.

We’ve all heard the term social entrepreneur, and for some people it means someone who is out doing something for the betterment of the crowd as a whole. All too often though, particularly for investors and shareholders, while they want to be seen to be socially responsible, this cuts into the bottom line and their main focus is the core business. Having said all of that, whats really interesting over the last few years is the growing number and success of businesses which are doing something truly beneficial for everyone and making money from the idea. 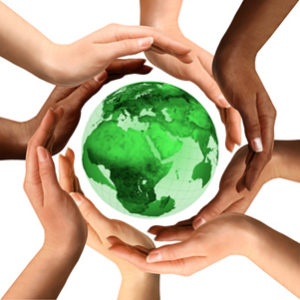 Seems a bit of a contradiction. In fact when I discussed this with someone he remarked that he disliked the people on the streets who were paid and even on commission, for getting you to give to their selected charity. The idea that you make money while doing something good seemed a bit alien. It was as though we have this mental block that states that if you are doing something socially responsible or charitable then you shouldn’t want to make money from it at the same time. It’s an interesting view-point, but I don’t know that we should criticize charities for paying employees to do this if it’s the only way they can get people to donate. The mentality still stands for some people though.

With this in mind I did some digging into companies that have successfully and notably done both. Turns out that there is a model that allows you to do both and some of the results are fantastic.

I started looking at a business founded in India in 2011. India has a huge problem with plastic waste, and while they’re not alone with this issue, there is also areas of poverty and challenges around people having enough to eat. Narayana Peesapaty saw the problems of plastic cutlery that India was faced with. Every time he bought food from a take away, street vendor or whatever, they handed him plastic spoons and forks. Eventually this would end up in landfills and in the waterways adding to the waste problem. These small items soon added up to hundreds of tonnes of waste per year which would take forever to degrade. On top of that, the cheap plastics were made from chemicals that cause cancer and lead to other health issues. Why not create a spoon or a fork that was not only biodegradable, but also edible? 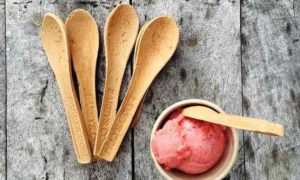 Pretty soon Bakeys Edible Cutlery was founded with that exact goal. His product, which in any other country might be thought of as a novelty was ideal. It was relatively cheap to make, would break down when exposed to the elements, could be stored for up to 3 years and still be fit for consumption and contained no harmful chemicals. By making the items from millet he could create a really socially responsible product and yet sell it to the same people who had previously been purchasing plastic. (They even come in different flavors.) It also meant that if someone was on a tight budget or low-income, when buying their food they got an additional piece that was edible rather than something which would just be disposed of after.

The idea was not without challenges, and initially the cost involved was high enough that most people and business could not justify changing from the cheaper plastic, but as production and volume increases the price per unit declines sharply. What’s more he can get farmers to switch from rice production to millet which requires less water and is better for the environment also. It will probably be several years before he sees this vision of removing the plastic cutlery in favor of this option, but the direction is right. Bakey’s has even employed people who previously were unemployed and in poorer areas.

This example is not unique and more and more we are seeing businesses like this which can do something really beneficial for their community and possibly the world as a whole and still operate as a money-making entity. Granted, not everyone is going to have ideas like this, but at the very least if we keep getting entrepreneurs like this we could potentially solve some big global issues.

It may not be a business model for every startup, and it takes a certain type of person to really persevere in a new business at the best of times, but it’s encouraging to see that there are businesses out there that can see that what’s good for everyone can also be good for the bottom line. At the very least examples like this should encourage more startups as well as established businesses to do more for their corporate social responsibility policy, and, who knows, maybe even make a little more in the process.