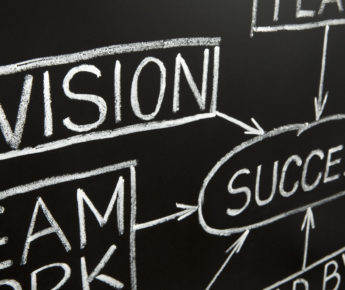 Years ago I worked for a company that had really tough sales targets. Achieving them was a challenge for everyone on my team and often we faced the thought in our minds that we would never possibly hit the goal we were striving for. Fortunately I was training with a group in the UK that specialized in sales and services techniques who taught me the value and importance of not only keeping positive, but also visualizing what success really looked like.

This may sound like the very clichéd thing you hear all the time, but to my surprise, when I tried it out, the results were real and very tangible.

It’s a tough challenge in any business to achieve a goal or hit a target, and not only in business, but also in day to day life, or even if you are trying to accomplish something new. While I’m not going to talk about specific examples of sales or marketing methods what I do want to discuss is the preparation and mindset that is needed in order to start off on the right foot, stay focused and efficient and ultimately hit the mark. Often times people get so focused on the method they use to achieve something they lose sight of the mental preparation they need to do. 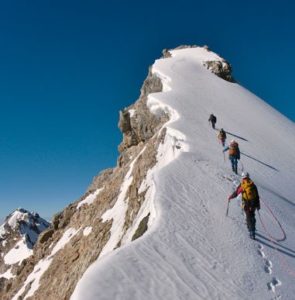 I’m going to talk briefly about visualizing success which is a technique used by athletes, sales people and professionals alike. To put it simply, when someone is endeavoring to climb Mount Everest, while standing at the foot of the mountain they will imagine what it looks like when they reach the peak and plant their flag. You’ll never find someone who pictures failing half way up the summit or faltering mid way as this will lead to it actually happening. Muhammad Ali for example used his confidence to great advantage. While many people saw his claims as boastful, he believed that in order to be the greatest you needed to get your mind to believe that you already were. If you think about artists and sculptors, they always imagine the end result on the canvas or the finished piece rather than the piece of stone in front of them.

I read years ago about an experiment of 3 basket ball teams who were asked to change the way they practiced for a month. One team was asked to practice as normal, one was asked not to practice at all and the third was tasked with taking the same time every day that they would have normally practiced, and instead watch their play, discuss it and imagine vividly what they could have done differently. What came of this experiment was interesting. Obviously the team that had done no practice at all showed a marked decline in their play, but the difference between the teams that had done their usual routine and the team that had merely visualized it was not very pronounced.

The reason for this is a strange phenomenon whereby the brain doesn’t know the difference between something that is real and something that is vividly imagined. This is why, at times when you dream, you feel like you’re falling after seeing yourself fall. Your mind actually delivers the sensation that you are falling because it believes it is. I’m not saying there’s a complete substitute for exercise or physical training, but a combination of the two can only be beneficial.

Taking that rewarding holiday in your mind

Visualizing success also makes things real for your mind. I’ve often recommended to people that they not only imagine themselves on the last day of the month getting a positive report on what they’ve achieved, but also to set a goal for what they’d do or buy for themselves as a reward if and when they achieve this goal. For example, in a tech sales company I worked for previously I encouraged the teams to pick something they wanted to buy themselves when they hit their commission goals and stick a picture of in at their work space. Then take it a step further and imagine they were driving that car, or taking that holiday. This makes it much more real as they have already felt the wind in their hair or tasted the cocktail on the beach they’ll enjoy. This is more about having a reason then visualizing the end result, but the effect is the same.

All of a sudden their brain gives them a push to make what they’ve only pictured in their mind’s eye real. It really comes down to the reality if you can’t imagine yourself doing something, what is the likelihood you actually will do it? This may seem like a bit of a mind trick or something that’s said to encourage people to work harder by getting them to dangle a carrot in front of their own eyes, but the truth is that most achievements and discoveries on a large-scale started with someone imagining something different, a better way or setting foot on a distant planet, so why should this be any different to smaller more achievable goals?

Today, in my day to day work, I’ve taken this one step further and as I set out my task list for the day I imagine myself at the end of the day crossing off everything on the list and sitting back with everything completed successfully. From this point I work backwards. As far as your mind should be concerned, obstacles are put there to see how much you want to achieve something, not there to try and stop you, and if you’re starting with the end in mind avoiding these can be a lot more straight forward.

Where’s a good place to start? Well why not take a few minutes to think about the challenge you are faced with at the moment and picture yourself at the end of the road having done what you set out to do. If you are struggling, why not set a personal goal to attach to the target, even something simple like a book you’ll buy if you achieve what you want. Take the moment though to bookmark this or have it somewhere where you are reminded of it regularly.

Note this post was first written in my role as Chief Operations Officer for PlayTank, and can be viewed here.