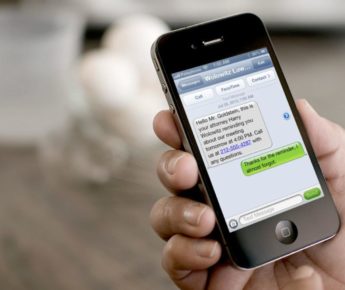 by ambyrne
Dec 5
2017
Opinion, TechnologySMS changed the world in 160 characters or less

Last Sunday market 25 years since the first SMS was sent and it’s fitting that the message sent from engineer Neil Papworth’s computer was to a then director of Vodafone Richard Jarvis was ‘Merry Christmas’ as it kicked off a huge new revenue stream for Vodafone and for telecoms companies as a whole. From those humble beginnings to the peak where not millions, but billions of text messages were sent each day, in fact in 2015 it was estimated that upwards of 23 billion were sent daily making it a hugely important method of communication. 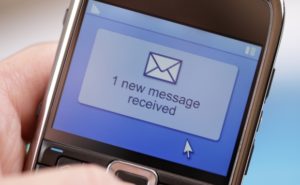 Over 23 billion messages were sent daily via SMS in 2015

SMS may seem outdated today when smart phones can be loaded up with dozens of messaging apps for us to communicate with, and it’s true that the limitations of the basic text message have held it back, but it did make a huge impact on the world none the less. Originally, an SMS could only be 160 characters and there were limitations imposed by the network operators at first as to who could send and receive them, but it was still a handy way to get a quick message across if you couldn’t speak. Eventually phones became more advanced and could string several messages together allowing for slightly longer conversations, but still we had to wait until multimedia messaging and e-mail on our phones to send anything other than the most basic characters.

I find it strange looking back now, that in the early days of the text message, unless you were a teenager lucky enough to have a phone, it was almost, if not definitely considered a rude way to communicate. I suppose you could liken it to having a personal conversation with someone in the 80’s or 90’s via a fax machine. It doesn’t really seem to carry the same importance or personality, and yet, very quickly the text message became the default for many people and before long the idea of it being an impersonal method or not the done thing was quickly stripped away.

I still remember in one of my earliest jobs that it had to be explicitly explained by managers to all new staff that if you were running late or calling in sick it was unacceptable to send this via text and you were obliged to call in. This is still the case for most employers, but it seems less taboo or even frowned upon to send in text form what your situation is. So what made the simple SMS message go from a rude, if convenient additional form of communication to something we all do as a first option today?

Aside from the fact that the limit to 160 characters meant that you had to get your message across in the simplest form possible, I hate to admit it, but the big reason that text messaging was adopted to rapidly was the creation of text speak and emoticons. Before I continue, for those who are perhaps too young, or not with the lingo, and are wondering what the difference between an emoticon and an emoji are, much as I thought this is something I’d never have to discuss, here is the distinction;

Emoji’s are a recent creation which are a cross between pictures and characters, in fact, apparently the Japanese words for these is where it gets the name. Smartphones and apps have these stored and you can pick from thousands of mini images which are meant to symbolize how you are feeling or convey a state of mind. Emoticons are the grandfather of these, but could only be created using the keys on the keyboard, so you we’re limited to making the characters appear like what you were trying to get across, such as the smiley face 🙂 or a love heart <3. Long story short, you were limited to emoticons with text messages as all they could contain was standard characters and not graphics or other images.

These little combinations of letters and symbols which could show your emotions or get across in 2 or three characters what it would take half a sentence to do, made it easier to create a more detailed message without breaking the character limit of the SMS. This, along with people abbreviating words and phrases such as LOL from laughing out loud, etc (et cetera!) soon meant that messages could be even shorter and easier to type, thus making them more and more practical for someone on the go.

There was a trade-off though. In our willingness to adopt this new text-speak and set aside the fact that we were not directly dealing with people face to face or even voice to voice, we have lost something. Maybe it’s just me, but I’ve noticed over the past few years that I, and people I work and interact with, have become less bothered with spelling and grammar. We’ve just learned that as long as the recipient can decipher the meaning behind the message we send, then its technical correctness seems not to matter.

I’ve become so heavily reliant on spell checking that I often find it difficult to step back and think about how to spell certain words. It didn’t happen over night, but, even though I write more and more, I tend to speed through and allow the PC or computer to do my correcting for me.

I hate talking on the phone, not gonna lie, it’s one of my least favorite daily activities, yet it’s something I have to do, but I’ve got to the point that if I feel in any way that I can get away with sending a message instead I’ll always go for that option. I’m not alone here, I have long and detailed conversations with friends and colleagues while sitting on my sofa watching TV and not a single word actually spoken. While it’s great that we can keep in touch with people so easily, it’s still nice to see people IRL (in real life).

SMS is on the decline as its usefulness verses the likes of Whatsapp or Facebook messenger is very apparent when we want to be able to send files, videos and more to other people, but there’ll probably always be a special mention in the history books for how it all started, that is, as long as it can be written in 160 characters or less.