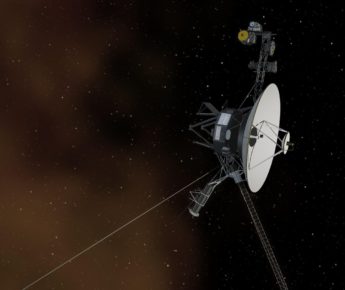 by ambyrne
Dec 7
2017
OpinionHow can humanity be both interstellar and still so small?

I’ve always loved space exploration. Since I was a child I’ve looked up and marveled at just how big the universe above us really is and hoped one day to see a time when humanity set foot on another planet or made contact with something beyond ourselves. It may seem like a dream or science fiction, but quietly, and without a lot of fanfare, we have actually already succeeded in becoming an interstellar species. In 2012, the Voyager 1 probe left what we deem our solar system and entered the space between the stars. This is the first, and hopefully not last, man-made object to leave our neighborhood and start the journey to another.

While this milestone has already passed us, and it may be a small victory as this vessel is small and unmanned, it is fascinating to think that something launched in 1977 from our planet has finally succeeded in leaving our solar system. What’s even more interesting is that in the last few days, the Jet Propulsion Laboratory and NASA have managed to successfully communicate with Voyager and even ignite its engines after years of them being dormant. The team behind this feat hope that they will get another 2 to 3 years worth of communication from the satellite, and could even extend its useful life as long as until 2025.

While this may seem to some a waste of time and resources, to me the idea of having something created by humanity over 13 billion miles away gives me a sense of hope and wonder that I can’t recall feeling since I was a child. From a technical perspective, the geek in me is also amazed by the fact that out dated code and hardware not only is still functioning and sending messages home, but has survived the perils of space for so many years. 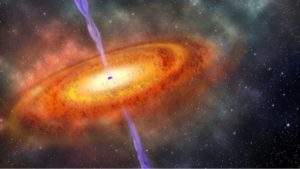 At the same time, Astronomers looking at deep space have found what they are calling a monster black hole at the center of a galaxy some 13 billion light years away, making it the oldest and farthest ever recorded. Looking at something that takes 13 billion years for the light to travel to us is surreal as we are effectively looking at a black hole as it was not long after the formation of our galaxy as we are seeing it not as it is now, but as it was back then. My mind often has to step back and consider the idea that the images produced and observations the scientists record are already 13 billion years out of date and most likely what we are seeing is not reflective of what is there now.

This ability to look backwards in time is a key way that scientists and astronomers can gain insights into the formation of the universe as well as stars, planets and galaxies, and this renewed interest in the mysteries of space are causing more people to look up and potentially beyond our own planet. This is not, as some would believe an idle hobby or past time, as not only do we progress our understanding of everything, we also put into perspective that humanity is bit a small dot in the infinite expanse.

After reading some of the articles and papers around these discoveries and technical achievements, at first my wonder and curiosity are peaked, but very rapidly I come back down to earth. It’s a sad truth, but while humanity has quietly become interstellar, we have also regressed back here at home. Our global relations with each other seem to be at a notable low point, and normally strong and effective governments and countries seem to have reverted to a previous state of weakness or worse.

I’m not going into a big political rant in this post, but I do want to reflect on the contradiction we have in place. I’ve commented before that I feel like it will be up to the dreamers and innovators to save us all, and more and more I believe this to be the case. While some are looking up at the stars, politicians are making laws that make it more rather than less difficult for ordinary people to live, work and survive.

You may argue, well, why don’t these dreamers stand up and say something instead of looking to the far future to change things? The issue here is that people are standing up for what’s right and arguing what is just, and somehow, for some reason it doesn’t seem to matter at the moment. I’ve been shocked over the past few years to see people who I know become more conservative and more vocal about their wish to be isolationist or excluding of people. It seems more and more that it’s acceptable today to say ‘me first’ and to hell with everyone else as long as you have an argument against the other side. 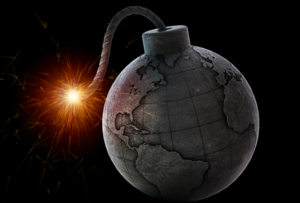 Global tensions make us seem small on the interstellar stage

History is circular, things repeat, start, begin and end, and so too it seems that we have entered a period where racism, greed and general disregard for our fellow human beings seem to be the order of the day. This isn’t new, it goes and goes, but people seem more emboldened at the moment to let their previously unpopular views be heard. There’s a small part of me that hope that if and when the message from humanity contained on a golden disc attached to the Pioneer space craft are finally intercepted by some other intelligent life, that we’ll have grown up enough to match its message of peace and collaboration from all humanity.

I’m doing my best to choose to look at the positive news and scientific events that are occurring globally, and distract myself with new gadgets and stories about innovative startups and software, but deep down I have this uncomfortable sense of dread that we haven’t seen the worst mankind is about to display. With global tensions rising around territory, race, ideology and politics, and the increasing difficulty in getting to the truth from the noise, I’m more inclined at the moment to listen to the messages from Voyager and the stars, then to turn on the news.