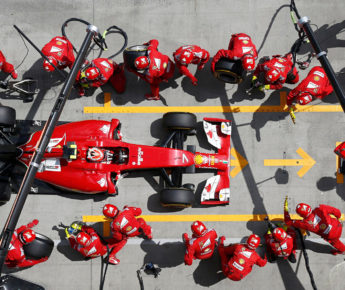 So we’ve been set a goal or a target. In previous posts I discussed how we needed to visualize success in order to get ourselves in the right mindset for getting to 100%. I also discussed how aiming beyond the target could help us from that ever destructive fatigue towards the end of a target timetable or sales period. Now we need to talk about speed, specifically how speed ‘stuns’. Often when I start talking about speed when it comes to achieving goals, many people look at me with some skepticism. There’s an apparent contradiction in many peoples minds between doing something fast and doing it right, and for the most part that can be true, but that doesn’t mean that we can’t use speed to our advantage. 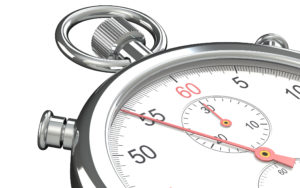 By making small changes to how we work speed stuns

It’s very true that when we go to a service provider generally we have a choice to make; do we want something done fast, well or cheap. The old saying goes you can get something fast and cheap but it isn’t going to be done well. Fast and well isn’t going to come cheap and so on. You can mix and match these three options but you’ll always have to sacrifice something in the end. This is a good rule of thumb if you are for example a trades man who is explaining costing to clients, but there are ways for us to have our cake and eat it.

I’m not suggesting for one minute that you should sacrifice the quality of your work, or even the quality of your sales and execution in order to get things done quicker. The last thing anyone needs is to hit a target or achieve a milestone, only to realize that half the work is sub-standard and therefore needs to be re-done, or worse is just wasted effort.

Take for example if you are a sales person and you rush your sales, not properly explaining the features and benefits to a client, or you provide a service and you rush to get something done on time. Yes you might deliver to the correct schedule, but the likelihood of that product or service not living up to expectations is huge. The client may not get the full benefit of the product because you rushed to get them to sign up. The service may be shoddy and not fit for purpose. In the end this will come back to haunt you with issues to be dealt with like fixing the issue, or refunding a client. Ultimately this is going to effect you and your bottom line too.

So, long story short, there’s no point doing things fast if you’re going to mess things up, so why do I say that ‘speed stuns’ and how can I benefit from doing things faster without letting the standard slip? The answer is deceptively simple. It’s the small things that most people put on the long finger or choose to leave to the end of the day that can have a huge impact on the rest of your work, and here is where we can really benefit.

I’ll give you an example; often people in sales get e-mails or leads for potential clients and there is a temptation to sometimes wait until a few of these come in then tackle them at a designated time or specific blocked out window. This is fine if it works for you, but what happens if these have built up to the point where you can’t get to all of them in that time frame? You’ll end up eating into something else which in turn has a knock on effect on another aspect of your daily work. All of a sudden you seem to be behind on everything.

While you may thing, I’m not going to do that with leads or hot sales, you may not, but chances are there are other small things that you hold off doing until later. Maybe their requests for information, updates, reports or even customer service queries. Whatever it is we all have a tendency to say ‘I’ll get to that later when I’ve dealt with things that are more important.’ The issue there is that things can build up or even worse, what started as a small issue might develop into a larger problem. Better to tackle it while it’s small.

This doesn’t just apply to e-mails, but they’re a good example. Again, lets be sensible, I’m not saying that if something small comes in we should abandon what we’re doing and focus on that, its more a matter of working smart and fast. If an e-mail comes in that needs a 2 line reply that will probably take less than 30 seconds, why not get it done now and have done with it? Not only that, this is where the speed stuns bit comes in. By replying then and there, taking the few seconds to remove it from your own plate, you have done 2 interesting things. Firstly you’ve less for you to worry about building up for later, but as a secondary effect, the person on the other end gets a super fast reply and is (hopefully) impressed.

This believe it or not stuns people. I had a great example from a company I did some work with a few years ago. When you went to their office for meetings they did everything you’d expect, usual pleasantries, tea and coffee, someone taking minutes etc, but, at the end of each meeting the usual phrase of ‘I’ll mail you the minutes of this meeting asap’ was always said. Here’s where they stood out. Unlike most businesses I had dealt with, the minute taker left the room at the end, typed them up straight away and sent them there and then. Often by the time I got back to my car my phone had beeped with an e-mail containing the document. This really impressed me, but it meant I could work with those minutes straight away without having to wait and the minute taker on the other side could move on to their other day to day tasks. This was fast, it was efficient, took very little extra effort but helped everyone.

If you have a goal or a target to achieve, being as efficient with your day as possible is a must, and, by resisting the temptation to push things out on the long finger or arbitrarily deciding something was ‘not important’ for now, you can make the larger task of focusing on the target easier. If you have those 2 / 3 minutes downtime, scratch these tiny necessities off your list and see if it gives you more wiggle room with bigger, more important things. Speed really does stun, but it might even manage to surprise you too!