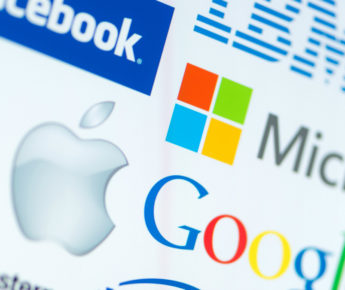 It used to be the case that when big companies decided to engage in rivalry on the public stage the consumer could reap the benefits. It was a great way of increasing competition, getting greater brand awareness, and it often lead to reduced prices or better value for the customer. Take the examples of Burger King and McDonalds. For years we’ve seen them go toe to toe about the size of burgers, the quality of meat, deals they’ve offered and so on, and as a result the prices often went down, or they created saver deals and discounts. 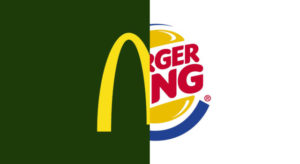 Sometimes big companies fighting can be beneficial for consumers

Everyone seemed to come out on top in these situations. Consumers got more choice at cheaper prices, and both the big fast food places got more customers in, and obviously made more money. Even in the case of Coca-Cola versus Pepsi, their rivalry created free advertising and people promoting their drinks themselves through campaigns such as the taste test where people were asked to blind sample the two and choose the one they preferred. All of these and more were great uses of the competition between big companies and, while the brands themselves got the most out of it, the consumer also got to participate in some of the fun and playful nature of the battles.

Today though things have changed considerably, and while some of these traditional brands continue this war of advertising there is a new breed of enterprises who take their competitive side much more seriously. These are the tech giants. In the beginning the customer was also able to get the benefit of some of the banter and fighting between hardware manufacturers for example. When Dell came to the PC market with cheaper computers, it forced the older makers such as Compaq and Hewlett-Packard (HP) to lower their costs and produce more affordable machines.

This seemed like it was going to be a win-win for the consumer with faster and faster PC’s at cheaper and cheaper prices, but things soon became a bit more complicated and the constant innovation and trying to out do the competitor soon changed from spirited rivalry to someone much more toxic. Unless you’ve been hiding under a mobile phone proof rock for the past few years, you can’t have failed to see the battle between Samsung and Apple over their cellular devices and tablet computers. When one releases a new phone, the other follows suit shortly afterward with a new improved model with a killer feature that the other doesn’t have.

This has been going on for years, and while the temptation is to think that we as the consumer are getting better and better technology as they battle it out, the truth is that they are stunting the market and making it more and more difficult for other manufacturers to get a foot in the door.

There are many reasons for this, but the primary one is their constant legal battles. Both Samsung and Apple have become masters at trademarking and copyrighting as much as they possibly can, and not just new innovations and technology. Both companies hold patents on ideas as seemingly obvious as swiping screens or the way icons bounce on a display when you drop them with your finger. All of this seems trivial at first, but they have made a calculated effort to prevent each other, as well as any other manufacturer, from doing anything without first checking they are not infringing on someone else’s ‘intellectual property’. 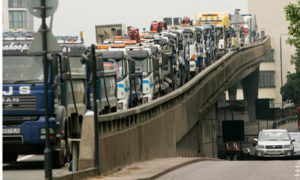 While these two are not the only companies that are guilty of this, they are the most notable as their constant fighting and court appearances over the years have actually slowed down the progress in design and iteration of new phones and tablets. Not only this, but they tend to be very petty and childish about how they act. In one case Samsung was ordered to pay apple a whopping $1 billion dollars, and as the urban myth goes, tried to pay it off in 5 cent pieces. It apparently didn’t really happen, but they let the word spread and no one was all that surprised. In other cases episodes of Star Trek and old etch-a-sketch toys have been used in court to disprove that the other side ‘created’ a particular feature or design of a device.

All while this is going on the phone giants can virtually dictate the pace at which new technology is released and when additional features come out, and at the same time, prices are increasing rather than going down. Ironically, Apple and Samsung both use technology, chips and parts manufactured by the other side as do Motorola and countless others.

In the past few weeks we’ve seen another big spat between giants lead to a poorer experience for consumers. Amazon and Google. These two have long been at odds as Amazon wants to be the one stop shop, literally, for all online shopping and Google wants to be, well the one stop for everything online. So Google has long viewed Amazon as a competitor despite the fact that it is not strictly a search engine. This has been emphasized recently as the two go head to head with home automation products such as the Echo and Google Home.

Amazon have angered Google by removing any and all listings of Google’s Chromecast streaming device as they claim it doesn’t support Amazon’s video service Prime Video (which is technically something that Amazon have the control over). IN retaliation, Google have removed the ability for Amazon’s devices to use the YouTube service which Google own.

What this means is that as an Amazon user you now can’t use YouTube on any of your Amazon devices, and if you are on Amazon shopping for streaming dongles and hardware your choices are dictated by Amazon and you don’t get the option of Google’s products at all, instead seeing 2 of Amazon’s as the first and second choices when you search.

This ultimately leads to a poorer experience for customers while these large corporations bicker over each others products and services. While they may eventually resolve these issues, in the mean time the consumer is the one that suffers.