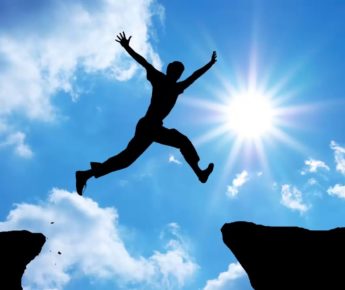 by ambyrne
Dec 12
2017
Operations, OpinionWhen setting a goal, start with the reason first

Okay, so the title of this post not only gives away the purpose, but is probably for many people a bit obvious, but I do want to put a little bit of a spin on it. Most good project managers and team leaders in any business will tell you that whenever you have a task that needs to be completed, having the objective in mind from the outset is the only way to ensure everyone is on the same page, and this is true. Let’s face it, when you’re climbing a mountain your aim is to reach the top, you don’t just start climbing and see how far you’ll get, so having the outcome in the forefront of your work is critical, but there’s more too it. Reason. 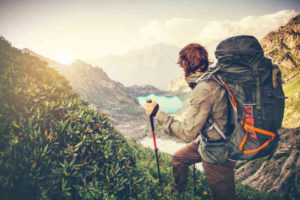 reaching the top is the goal, the reason is why its important to you

Often when we talk about the reason behind an objective or project we are talking about the business decision, for example the end product we want to come out with, or the new customer experience that we want to roll out for our clients, but we can take this logic a little further then the company case or the business case for wanting to do something. Imagine for a moment, when we’re setting our own goals and targets that we give ourselves a reason other than the business one.

What do I mean by this? Well, all too often when we set ourselves a challenge or a task, we tend to focus on the outcome, which is fine. As I mentioned, there’s not much point in doing anything if you don’t have the outcome in mind. This is the ‘what’ as in ‘what we want to get done’ but I feel that it’s equally important to have decided what the ‘why’ is long before that.

I’d like to look at this from 2 perspectives briefly, why are we doing something as a business or a company if that’s where you are coming from, and why you might use the same logic from a personal perspective.

Let’s start with a business. I’ve come across too many business who have great ideas for products, services or whatever and as a plus, they have the capability to do them really well. They set out with the intention of creating their new proposition with a finished product in mind and away they go. Sounds right doesn’t it? The issue is that they’ve often fundamentally forgotten one important step. ‘Why are we doing this?’,

While it may seem like this is to produce the product or service, that is in effect secondary. The why is the reason that the proposition is needed or wanted by the customer. I worked once for a large company that had a great idea for a service. They invested huge amounts of money and time creating, testing, training and marketing the solution and it was a huge disappointment when customers just either didn’t fully understand it, or just weren’t interested in it. It seemed in their haste to get the latest and coolest technology out into the wild they had forgotten to ask whether the consumer would actually use it.

I’ve had a similar experience recently with a software company in which the team had created what they termed to be a minimal viable product and had begun marketing and selling it to potential customers. There was only limited success at first and so they were forced to go back and re-evaluate. By getting a group of customers together and going through the software with them they were then able to identify what the customer was really using the product for and realized that their assumptions were faulty.

This meant increased development time as features that their developers thought were important turned out to be secondary, and functions that they deemed ‘nice to have’ but not critical were the ones that customers were looking for the most. They had focused so much on the what they had forgotten about the why and ended up doubling up on work for themselves. Now, before writing one line of code, they question and test with very rough mock ups and pen and paper with sample clients to ensure that they are getting the right information before developing.

So this is a good example from a business perspective around looking for the reason before you set a goal or get to a task, but the same, in a slightly different way, can be applied to personal goals.

When we set ourselves a goal in our own lives we tend to fall into a similar trap of the what. As in what is the outcome we’d like to achieve. Think about any personal task you’ve set yourself. Chances are you set an arbitrary objective to achieve without really considering the ‘why.’ Quick example, the old cliché of eating right or exercising. Most of the time we fail on these goals is because we say things like ‘I’d like to lose x amount of weight’ or something similar. Why not give it a real reason that we’re passionate about. It makes it more real and not only that it makes it more personal.

I’ll give a really quick example from my own life recently, this blog. Until recently I had been talking about writing more and blogging about things that interest me, and I seemed to always find an excuse not to or have something pressing that got in the way. Not long again I decided to try again, and originally set myself a goal of doing 5 short pieces per week with the intention of getting about 50 posts done over the space of a few months. Not only was this ambitious, it wasn’t really all that personal or effective.

What made me change and actually stick to the task I had set myself was to think of a reason to want to do it. I spoke to some people I knew who were interested in similar technology and lifestyle things and asked what they’d be interested in, so now I had some scope, but then I spoke to people who blogged for a living and decided that to make it real to have a real reason I would do it to improve my writing, my investigation of science and technology with the ultimate goal of launching a stand along news website next year. While I am not at that level yet, that goal, that target which could potentially lead to better things for my career as well as making me more informed about something I’m already interested in is a much better reason then just wanting to blog. Now I apply this logic to whatever I’m trying to achieve no matter how small or personal.