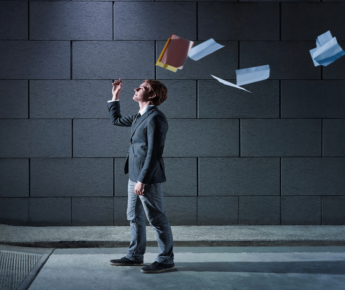 by ambyrne
Dec 13
2017
Lifestyle, OpinionKnowing when to quit is just as important as staying the course

There’s this old image of two guys digging a diamond mine and both look exhausted. Both are near to pockets of diamonds, but neither know this and one has decided to quit right before hitting the goal. It’s designed to teach people the importance of perseverance and that you should keep trying your best as you never know how close you are to success. It’s a good lesson and it’s one I’ve tried to live by for quite a long time. Recent;y though I’ve realized that while this is a great attitude to have about what you are doing, there is a certain amount of logic that you need to apply, and sometimes, just sometimes, you need to know when to quit. 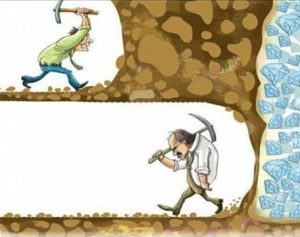 There’s a big argument to never give up

It’s a tough ask of some people as we can be stubborn at times. We can want to see something through to the end even if it causes us grief, and sometimes we just don’t see any other way other than to continue. It also will come as a contradiction to a lot of what you’re taught in school, in business and in life, but quitting isn’t the terrible thing that we’ve come to believe it is and I’ll explain why.

I’ve mentioned in previous posts that I once worked for a large technology company, and for the first 3 or 4 years of my time with that company I would have classified it as my dream job. I went in every day with a spring in my step, sometimes quite literally, and really enjoyed virtually every aspect of the role I had. It took me a long time to get to that position and prior to that I did various jobs that I really wasn’t happy in.

On the surface it seemed like I had it made. Good job, good money and I was enjoying it. Who would want to quit this? There was one little secret though, I never felt like I fit in with some of the people I worked with. I shrugged it off and went about my role and, although I made an effort I did isolate myself from people from time to time. Not the best thing to do, but it wasn’t the end of the world as far as I was concerned. Towards the end of the 4th year though, the role started to change. The company restructured, they changed a lot of ways they did things and really started to strive to cut costs.

While I’m not averse to change, I didn’t like the way they were going. For me the actions and steps they were taking seemed counter intuitive, and although I did my best to tow the company line, I found it more and more difficult. Opportunities were still there for me in the business, I could move team, progress upwards, retain in another field or work cross functionally on something new, but none for me felt like the right decision. I began to become very unhappy going in, and this, compounded with the fact that I was now more alienated from my team as I didn’t like the way things were being done, meant that I felt worse and worse. 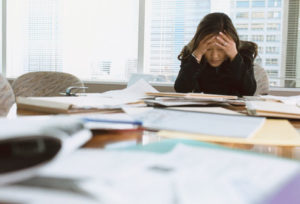 I could have changed what I was doing and maintained my role and my position. I could have adjusted and gone with the flow, but I knew that it wasn’t me so, in spite of the fact that I was giving up security, a good salary and potentially a long-term future with the company, I decided to leave. There was a moment that I realized that the business was actually going back to old ways of doing things that they had moved away from and that my time there coincided with a grand experiment in doing things a different way and I no longer fit for one reason or another. Time to go before the situation gets worse for my sanity, or before I just ended up being marginalized and stuck in a corner.

This was the right decision. It made my life tough in the short-term as I felt the hit in income and had to explain to people my decision to leave so suddenly, but a weight was lifted.

A similar thing happened in a company I founded several years ago. Myself and my business partner at the time had a great relationship to start, but towards the end, as we became more strained and things became tougher it became clear that we couldn’t work together. I was left with a horrible choice, I could bull-headed continue the course and risk making the office an unimaginably bad work environment both for myself and everyone else, potentially drive him from the business and lose customers and traction, or make a tough call and leave myself.

For 5 days I agonized over what to do as I could see potential outcomes to any decision I made and felt like none of them were the right one. The ultimate decision to leave myself and have my business partner buy me out came almost as a shock to me. Something I had started and poured my heart into for the previous few years I had decided to walk away from. I felt that this was the only way that the business would continue as I knew I could convince everyone in the company to stay on with my support which I couldn’t do if he had decided to walk away. For the sake of the business I called it a day and took the deal to leave. I quit my own company. For so many reasons, primarily my health and happiness this was absolutely the right call.

Knowing when to quit as it turns out, before things go to a place that you can’t recover from, is a tough but ultimately important skill that I’ve learned. All be it, some of the lessons have been painful, I have learned so much from stepping back rather than trying to plough forward. I’m not advocating that everyone pick up sticks and give up on what they are doing, but the occasional or even regular self assessment which asks ‘should I stay the course or walk another way’ is something I recommend to everyone faced with the prospect of being stuck down an unhappy path.