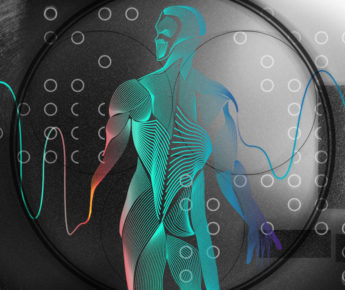 by ambyrne
Dec 14
2017
Lifestyle, Opinion, TechnologyAre we ready to hack the human body?

Much of the technology I look into and implement in my own home tends to be smart home technology. Voice command systems, motion sensors and the like, and, even though at first it was a bit of a novelty, through repetitive use, I really have found them beneficial in day-to-day life. At the same time I’m fascinated by the stuff that seems more like distant future or science fiction and get a real kick out of seeing that sometimes, just sometimes, we’re closer than even I think to some of the things we see in movies. 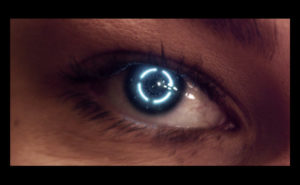 Eyes of the future

One of the tropes of many Sci-fi shows and films in the last few years is the idea of augmenting the human body or the human mind. We’re seen everything from hard drives built into people’s brains all the way through to X-Ray and telescopic eyes. It’s an interesting thought and often makes for good TV, but how close are we to hacking or supplementing the body with things like this? It may surprise you to learn that some of these things are already being experimented with, and, while they may be in their infancy, they are slowly becoming a reality rather than fiction.

To give you an example, I watched a documentary a few years ago about an artist named Neil Harbisson. Neil was color blind but this didn’t stop him from creating artistic and musical pieces, but as he put it in 2013, living in a grey scale world he wanted more, so he under went an interesting transformation. In a clinic in Barcelona he had a sensor attached to his brain which generated a series of clicks and tones when he faced certain colors. In effect the sensor acts like a camera that translates the colors he is facing into musical notes. What’s interesting is that he can hear and feel this internally as the device was drilled into his skull.

You may at this point roll your eyes and think that this is a crazy thing that you could only expect from an artist, particularly when you consider that there is no ‘off’ switch, he has integrated this sensation into his daily life, but he’s not alone in wanting these radical augmentations.

Again, drawing back from movies, and creeping into real life, data security and access such as bio-metrics has long been something that companies and governments have been focused on. To this end there are many who have taken the step of having small chips implanted under their skin to allow them to ditch passwords and access cards. This effectively lets them access doors, phones and PC’s with a literal wave of the hand, and ensures that they cannot lose their credentials as they’re physically in their body. Some are even taking this further to have small flash drives installed in their skin so they can transport data on a secure device that only they can access.

This new breed of body hackers or ‘Grinders’ as they are sometimes referred to, have made the decision to affect their own bodies in the interest of seeing what they can do with technology. It’s not for everyone and for the moment is considered something of a sub culture. At first I was questioning myself as to whether or not I would ever go in for something like this and then I thought of something. Years ago when I was younger I would never have even entertained the idea of getting a tattoo, yet today I have one on my left arm. Some people pierce their ears, nose, eye-brows and more. Yes the idea of implementing a piece of technology may seem strange, but the more I thought, the more I realized I know people with hearing implants which are common place today, so why should this be different.

I suppose the other side to that is that implants or additions to ‘normalize’ something or aid with a preexisting condition like a pace maker or insulin pump are designed to make you life easier by reducing what might be considered a challenge or a hurdle, these new bio-technology ideas are deliberately focused on making something work better or above what is humanly possible. Take for example the experiment of 2 researchers who used chemicals from a deep-sea dragon fish to enable one of them to see more clearly in the dark. He had no sight issues before hand, he just wanted to see better.

This brings up an interesting concern. We’ve seen over the last few years the controversies around doping in sporting events and using stimulants and other substances in the Olympics for example, does this new bio-hacking give people who can afford it a potential edge in the future over the rest of us? Is it conceivable that in the next few years there could be a race to make people ‘better’. Maybe I’m getting ahead of myself, but what if it comes a time where unless you have a particular augmentation, you are over looked for a role in favor of someone who does? Work at night? We’d rather have someone with infrared eyes. 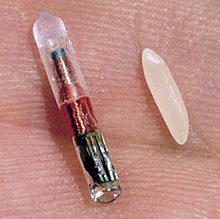 It may sound flippant, but employers for the most part will always go with the candidate who is not only the most qualified, but also has the skills and capabilities for the role. If this means going out and spending money on implanted tech, that might just need to happen.

Some companies have already tried this out, to an extent anyway, Three Square Market in Wisconsin announced in July of this year that they were letting employees voluntarily get a sub-dermal RFID chip which could be used to open doors, pay for food in the cantine and more, and it won’t be long before other companies follow.

For the moment I’m going to avoid the long and protracted conversation about personal privacy that is probably already going on in some people’s heads. I suppose the simple question is, how far I’d be prepared to let technology further into my life. Given that I already have a smart phone, smart home, why would I not at the very least consider a smart body?