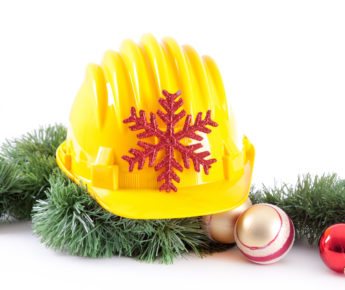 by ambyrne
Dec 18
2017
Lifestyle, OpinionMake something for Christmas and do it together

While I love the new gadgets and tech that comes on the market, I’ve definitely been fascinated lately by the number of retro consoles and boxes out there that emulate old Super Nintendo systems or Sega Mega Drives, or even old arcade games. There’s something really cool on top of the nostalgia to go back and relive these old classics that I would have played in my youth. It’s funny now to think that for the same amount that I probably wasted on one or two games in the arcades near where I lived I can probably buy one of these cheaply manufactured devices, and what’s more they come with hundreds of games as opposed to just one.

So where am I going with this you ask? Is this going to be a reflective look at games and consoles from the past? Not at all, in fact the main point I wanted to highlight from the first paragraph is the statement that they are cheaply manufactured. Sure some of them look like miniature versions of the original devices, some just look like black boxes with HDMI and USB cables coming out of them, but the fact remains that they are cheap to make. So this, along with some of the previous work I did with a Raspberry PI got me thinking. Given that there’s so many of them out there, and they are in expensive to buy, surely you could build one even cheaper? 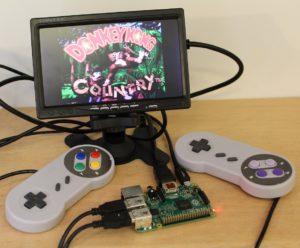 Why not make your own retro console

Turns out I was right, and with a little bit of digging for parts in a storage box in my apartment as well as finding some old odd bits at Christmas markets and charity shops I could easily throw together a device that would fulfill the same purpose and I could then hook it to my PC and upload whatever games I wanted to it, before connecting it to my TV and presto, I can have my own retro console box for circa €25. Not gonna lie here, I didn’t spend much time doing this, and it shows because it’s basically an old Raspberry PI with some software and a couple of parts, but it’s all easy to get parts, in fact most could be picked up somewhere like Maplin or similar electronics store.

So I wondered even further and took a few minutes to look around my apartment and realized that I had an odd mixture of brand new, recognized name tech and at the same time I had bits and bobs hidden behind screens or under desks that were put together in a few minutes to fulfill a single purpose or whatever. This isn’t just limited to technology either, there is a very fancy looking spice rack in my kitchen which almost looks like it was integrated into the design of the units which is, in reality, an IKEA frame worth about €5 that I took apart and re-purposed into something more useful.

Without realizing it I’ve been IKEA hacking my home for the better part of 10 years. Someone is, at this point, going to point out that IKEA haven’t been in Ireland that long, and you’re right, but the term is now being used online so I’ve just adopted it for the tinkering I’ve been doing with parts and furniture over the years. There’s a huge following and community online for this so-called IKEA hacking, and I’ve come across some amazing examples of people re-purposing cheap IKEA products into something really cool. From storage inside kitchen cabinets for around 5 Euro, to kids board games made from a simple €6 coffee table.

Living in an apartment I’ve adopted as many of these as possible as space is at a premium, and not only do some of these hacks give you more places to put everyday items, you very quickly once you start, see other places where you can do the same. On top of that I’ve discovered ways of reorganizing store rooms and kitchen cupboards to make things much more accessible.

Okay, so enough about my storage tips, what am I trying to get across with this post? Well, this year I’m travelling to stay with my partners parents for the Christmas holiday, and, if you’re like most son / daughter in-laws, you probably have very little idea what to get for the other half’s family at this time of year, but I’m in luck, her father loves to build things too. With this in mind, I’m going to, instead of a normal Christmas present for them, suggest that we take a trip to some of the shops, pick up some items, and build something for them as a family game over the holiday.

You could look at me funny at this point and say, right, so you’re getting your partners parents to make their own Christmas present, but it’s not as out there as you might think. When I was a kid, my mother, my brothers and I, on Christmas day would build the LEGO we invariably got as presents, and this was a great way of spending the day in my mind. Many households end up cracking open the Monopoly or Trivial Pursuit as a family activity for the day. The difference with what I’m suggesting is that at the end of it, in theory anyway, we’ll have made something together that will be used by them in their house.

It’s an ambitious plan I know, and my ace in the hole is that they love their new granddaughter, so anything that we can make that revolves around her is sure to be a hit, and with that in mind, I’m looking at taking a couple of ideas like taking a small wooden step stool and turning it into a kids craft table, or IKEA spice racks that painted and with a bit of decoration make great kids book display shelves.

Whatever the idea we end up going with I wanted to build something this year rather than going with the usual books, sweat shirts or whatever as a fun activity as well as an alternative to spending loads on something that may end up in a drawer. I sometimes surprise myself at the fact that I can be a little old-fashioned in some ways, but I’m hoping between 4.5 of us (4 adults, 1 infant) we’ll make something that will last and we’ll be proud to look back on. On that note, I challenge you to look at some of the hacks online at the links below, (my favorite being the IKEA Lack table painted with chess board / snakes and ladders – so simple but effective!) and make something this year.