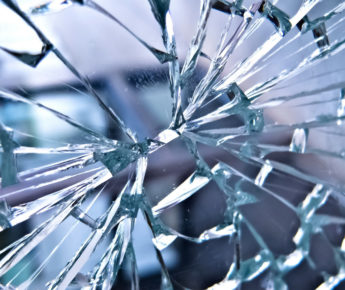 If you’re a fan of Terminator 2, you can’t help but be swept up in the idea of liquid metal. In case you haven’t seen the film, a machine from the future, sent back to kill the leader of the human resistance in his youth, can form itself into various shapes by virtue of the fact that it is built from so-called ‘polymorphic alloy’ or in layman’s terms, liquid metal. This allows the machine to self-heal from gun shot wounds, and slip between prison cell bars. Cool in theory, but I think few people ever thought we’d be anywhere close to this technology. But glass… maybe! 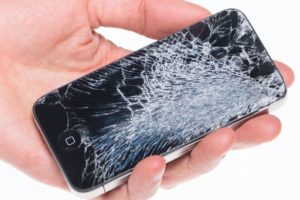 Could broken glass screens be a thing of the past

In fact, until very recently even I would have been highly skeptical of the idea that you could program a fluid or even create a substance that could return to its form after being cut, shot or otherwise broken, but as it turns out, sometimes, as I’ve mentioned before, reality can be as fantastic as science fiction. Today, a research group at the University of Tokyo have announced that they have created what they are terming ‘self-healing glass.’ While, like many such breakthroughs, we are only at the beginning of understanding it, it appears that in the next few years a broken phone screen could well be a thing of the past.

So exactly what have they done? We’ll apparently, as is the case with many incredible discoveries, they are claiming that they came up with this substance completely by accident. Credit is going to a student who was researching materials and substances for glues and bonding agents, but, in an almost eureka moment, realised that what he had stumbled upon was a material that if cracked could be ‘repaired’ simply by applying pressure to the area and the piece recombined.

This is one of those things that sounds too good to be true, but in reality isn’t an isolated discovery. Researchers at the University of California Riverside earlier this year demonstrated a similar technology where their polymer could heal from cracks after about 24 hours. There are still lots of limitations, but the other interesting thing about this material is that it’s stretchable. The team there is hopeful that within 3 years they can have this commercially available in mobile phones, and this could also go a long way to more flexible screens.

By the looks of it we are heading towards a future where our fragile devices can repair themselves, and this, in my opinion can’t come soon enough. I for one despise having to fork out over €100 if I drop my phone, and depending on the device sometimes multiples of this.

As I mentioned there are still challenges ahead before this can be made widely available. For starters current mobile phone screens need to be able to conduct a charge in order for your finger to press on the display and trigger a response, and this is an issue at the moment. LG previously tried out a self-healing glass in their G Flex mobile phone, but as it wouldn’t work for the screen they used it solely for the back. 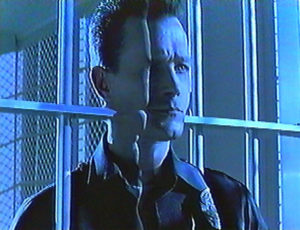 Liquid metal is a bit off yet

The idea was still pretty cool, if a bit of a novelty at the time. They created a polymer that was very similar to water in how it acted. With the substance rich in Hydrogen when it was scratched it slowly reformed to cover up the damage. This was based on the principle the hydrogen atoms tend to form themselves into nice equidistant arrangements. The easiest analogy I can give you is if you cut through water with a butter knife, guess what happens, it flows back to its original shape. Pretty cool, but not quite to Terminator T-1000 level just yet.

The team in Tokyo have taken, all be it accidentally they say, the best of some of the previous self-healing tech and gone one step further. Some of the previous attempts have relied on heat or outside agents to get them to react or start the repair process, whereas this latest attempt, they claim, requires nothing more than the warmth from your hand to begin the process. What’s more they say that within a few hours the newly mended surface is just as tough as the original. Kind of like when a bone breaks and comes back just as strong or stronger.

The applications of this are huge, and obviously the really sexy one that will grab most people’s attention is their phone or tablet screen, but lets take it one step further. What if, in the next few years you can place this glass onto car or train windows and not have to worry about chips, cracks etc. We may also see this adapted for other things other than screens. Many researchers are looking at adapting this technology to metals and plastics.

The potential in the future is to incorporate this sort of auto repair to every or as many elements of a device as possible so that if you drop your laptop there’s less that you’ll have to replace or go into a store about. There’s are really interesting prospect here though. Obviously initially this will add to the cost of a device, phone or whatever, but will the manufacturers embrace this technology or fight against it?

You might think it’s a no-brainer for the manufacturers to jump on this with open arms, but in reality they still make a lot of money from repairs. The providers make money from accidental damage insurance, and accessory company earn from protective cases and screen protectors. Will all of these want their revenue streams to be effected by the fact that the phone theoretically can fix itself. I’m probably getting ahead of myself, but there have been examples in the past of companies that have shelved breakthroughs as they would be better for the consumer but ultimately kill the bottom line. Without sounding paranoid I’m convinced someone has a better phone battery out there in a lab they just don’t want to release in the wild.

Whatever the case this technology has the potential to change a lot of things, and hopefully not only lead to longer living devices, but also ultimately reduce electronic waste.