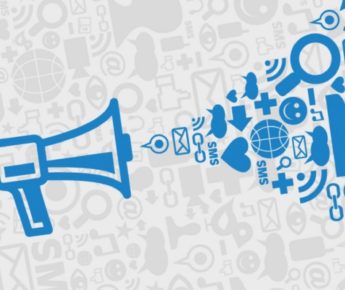 by ambyrne
Jan 8
2018
News, TechnologyWhat you might have missed

I made the decision shortly before Christmas to put my blogging on pause, thinking that there couldn’t be much happening over the holiday period that wouldn’t be massively interesting. How wrong I was, I missed so much. In the tech world it seemed like companies decided to sneak in last-minute bombshells and interesting stories just before the end of the year, perhaps hoping that people wouldn’t notice, or that the revels of the Christmas period would have us all wrapped up (no pun intended). Some of the revelations came as no particular surprise, but still interesting to see what the big fish decided to release to the press before 2017 drew to a close. 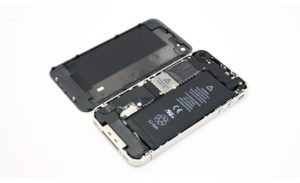 Apple has been slowing you down

One of those long-standing myths was actually confirmed as the tech giant finally admitted that they have indeed been slowing down older models of their iPhone range. If you’ve ever had the impression that your old phone was getting sluggish as you used it, well it turns out that you’re not imagining things. This is indeed the case. Through clever software updates, Apple were able to force your old handset to slow down in certain circumstances. Their logic was that if you had an old phone with an old battery you could potentially have issues with temperature changes or issues of charging as well as software challenges as the batteries age. Whatever their reasoning, people were not impressed, and understandably Apple was forced to make some concessions on updating, replacing batteries and more.

The University of Michigan has developed a small box like device that emits a sequence of pulses and tones which they believe will help people who suffer from Tinnitus. In the US alone there’s estimated to be about 2 million people who have the condition which leaves constant noise in the sufferers ears. The treatment won’t work for everyone, but for certain people who have the hiss of static or noise, there is potential hope on the way.

Disney, who already seem to own everything under the sun from Marvel to Star Wars, decided that before the end of 2017 they’d have one last blow out party and purchased the entertainment wing of Fox for somewhere in the region of $52 billion dollars. This increases the likelihood that we’re going to see more and more online services with exclusive content from Disney, but it also helps them consolidate certain things such as the Marvel characters. For example, X-men, a Marvel creation, can now be used by Marvel Studios as previously it had been a 20th Century Fox property.

Samsung have continued to make their move into the smart home and are pushing their Family Hub refrigerators which have built-in touch screens and can communicate with other smart home devices and, with a bit of luck will help you keep track of expiry dates on products, but also send recipes to your smart cooker or tablet based on what you have available.

Russia has released plans to create a luxury hotel within the international space station. The cost of staying there would be somewhere in the region of a cool $40 million per week, but for the uber-rich this might just be the next holiday destination that will truly be unique and painfully exclusive. The US private companies are working on space tourism in the form of flights into orbit and beyond, but it seems that Russia is not to be out done in this area.

Chip manufacturers were shaken by the revelation that not one but two security gaps were discovered in their hardware. Meltdown and spectre were discovered by several researchers at the same time and what’s interesting is that they are caused by the fundamental architecture of the chips themselves. This means that the flaw has potentially been there for years, undiscovered, and could affect PC’s, phones, tablets and more. Meltdown for example can be used to trick the processors into loading private data which in theory could be accessed by someone malicious. Fixes are on the way, but its one of those things that can’t truly be fixed without an overhaul of how the chips are designed, so this may not go away too quickly.

SpaceX inadvertently made a lot of people look to the skies as their Falcon 9 launched over LA over the holidays. Their rocket lifted off and during a burn left a strange bubble shaped cloud visible at night. Obviously people went to the UFO option which Elon Musk was quick to jump on, but alas, there’s no intelligent life visiting us yet, and possibly no intelligent life looking for it judging by some of the Twitter posts.

Cryptocurrency trading platform Coinbase had some interesting days as the fluctuating price of Bitcoin started to cause concern. Trading was even briefly halted due to a large number of transactions as well as a sudden dip in the price. While it was reestablished, there was another pause when the site tried to launch the sale of an off shoot called Bitcoin Cash. Due to concerns of potential fraud and possible insider trading they were forced to suspend all Bitcoin Cash transactions also. While this wasn’t the bubble bursting for the cryptocurrencies, it definitely put people off to an extent.

I’d love to have a more exhaustive reflection of everything that I’ve missed and happened over the last few weeks, but in truth, I’m catching up myself on the goings on in the tech and science world. What’s interesting is that main stream media outlets seem to be reporting on technology occurrences more and more during regular news broadcasts, or perhaps I’m just noticing more. It appears though that the press likes to have the diversion from the political and social issues that are going on daily. Personally I’m going to continue to steer clear of certain topics and stick to what I know. Anyway, back to blogging it is.