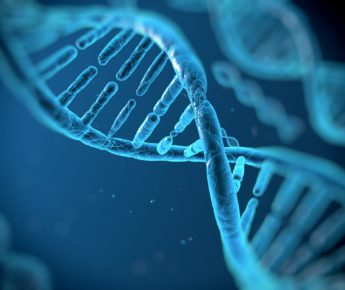 Another technology that we’re going to hear a lot about in 2018 is the gene therapy system CRISPR. Like many of the advances in science and tech that I have talked about previously, this one has been talked about and at times speculated in sci-fi television and movies for years. While many people hear about this development and think of the fantastical possibilities there are some really valid and incredible uses for this medical process not the least of which potentially treating genetic diseases and even repair damaged genes and DNA. There’s a lot that’s still unclear as to what the limits are, and already people are on the fence as to the practical uses as the accuracy is still not where it needs to be for regular use, but we’re close.

So what is CRISPR? The letters stand for Clustered Regularly Interspaced Short Palindromic Repeats, and before you roll your eyes and give up on trying to read any further, the truth is that I’m still trying to wrap my head around this technology and all it entails, but I’ll do my best to convey what I have gathered from what I’ve been reading. 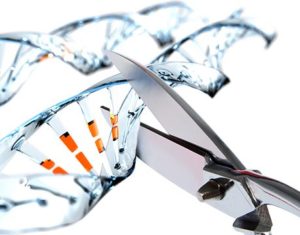 Could we be cutting and pasting our dna soon

In a nutshell the CRISPR process involves cutting sections of a persons DNA sequence and deleting faulty code, or, as necessary, rewriting it. This may seem like the closest thing to altering a human and potentially creating an X-Men style mutant, and, lets face it, you’re not alone when you conjure up that image. There has already been speculation that this could eventually lead to designer people and the ability to change everything from eye color to skin tone. But how likely is this really? We were all promised that once the human genome was mapped the skies were the limit as to what we could do with the human body, but in the years since, we haven’t seen any glowing people or test subjects with 3 legs.

Okay, so I’m being flippant, so lets talk about what CRISPR really does. As I mentioned it is a process that involves finding the address of a faulty gene or sequence in DNA, cutting it, and replacing it with something else. For people who suffer from genetic diseases this is the holy grail of medical advances. The potential to re-write our genetic code and repair mistakes has the scientific community buzzing, and this year we are expected to see an increase in funding for the research, but simultaneously we may see legal cases and regulations placed in the same way that we saw when Dolly the cloned sheep first baa-ed its head.

Let’s look at one example, which seems to be one of the test cases for the effectiveness of this procedure. Sickle-cell anemia. This condition causes long-term pain and can lead to strokes and other blood related conditions. It’s caused by inherited abnormal hemoglobin which causes the blood cells to resemble a sickle shape and become fragile and prone to bursting or rupturing. As it’s an inherited condition it can potentially be passed down for generations and treatments range from blood transfusions to antibiotics, but the ability to rewrite the fault inherited code and allow the body to simply be repaired is giving many sufferers hope.

With CRISPR, a potential patient would have the incorrect sequence of DNA, generally no more than a single letter on their double helix, targeted, snipped, and replaced with a ‘correct’ letter. In theory if this is done enough times, the body gets the hint and starts replicating the repaired sequence itself and eventually the disease is erased from the person’s body.

Sounds like a fantastic treatment, but it isn’t without challenges already. For starters it is very difficult to pin point the exact location of the issue. For starters there are 3 billion base pairs in each cell, this is a lot of code to filter through. Even if you were able to isolate the exact location of the incorrect letter, DNA is only about 6 microns across. That’s a teeny tiny needle in a microscopic haystack. While the CRISPR technology is incredibly advanced there are still concerns about the accuracy of the treatment. The potential to damage adjacent parts of the gene are still too high for ‘everyday’ use, and the side effects are unknown.

This may sound like pulling a thread from a large sweatshirt and hoping for the best, but this is improving all the time and even in the last few days Microsoft has announced that they are looking to use artificial intelligence to improve how precise the process can be. Someone reading this is already thinking Terminator meets Jurassic Park I’m sure. 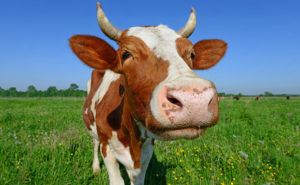 The other potential challenge is that DNA doesn’t like to be altered. In order to make the cuts and snips bacteria is used as it already has the ability to target our bodies and travel to certain areas. This may sound terrifying, but if you think about it many medical treatments over the years have used small amounts of a disease in order to get the body to develop an immune response, so the idea of using something bad to do something good isn’t news. Having said that, this also presents challenges. If you are getting a particular gene therapy which uses a certain type of bacteria to make it effective, you may already have an immunity to that bacteria which could lead to the treatment being ineffective.

I’m sure I’ll touch on CRISPR again before the end of the year as it has massive potential to eradicate diseases and faults from inherited gene abnormalities to certain types of blindness, but there are also more fringe possibilities. Already the possibility of altering cows to be larger and produce more beef is being looked at and this may spark more fears about genetically modified food. The scarier possibilities lie ahead if we can somehow figure out how to target hair color or height. While I don’t expect to see enhanced super men any time soon, I do worry about the possibility that people with the money and resources could use this technology to get a genetic advantage. Eliminating disease is a noble cause, but should we stop at potentially altering humanity as we know it?