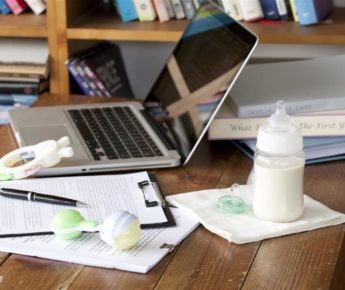 I have new-found respect and admiration for all parents in the last year. I always knew that becoming a parent was a tough job and that it no other job is like it and in truth its something I had wondered about how I would deal with if and when the situation arose for me. Now, almost twelve months in I’ve a new perspective on so many things, not the least of which the physical and mental challenge, but also the unexpected rewards and benefits, not only in being a new parent, but also how it would affect me also, particularly after spending 6 months at home with the new baby.

It’s strange to look back now and think of everything that’s happened in the last year and the adventure that I’ve been taking part in since my daughter was born, and, while I had a few minutes this evening I was reflecting on how much I have changed over that time.

This week has been tough, both my partner and our daughter have both been ill, nothing serious, but enough of a bug that both were under the weather and were out of sorts, and it’s never fun when anyone is sick, but even less so when its an infant. The poor thing isn’t able to express what’s wrong and there’s the usual worry of what to do and are you doing it right multiplied exponentially.

I’ve been very fortunate though since she was born. Much as I often bemoan some of the aspects of working in the start-up world there has been one huge advantage or if you want to look at it another way, a blessing in disguise; flexibility. Given that the company is only in its infancy also, I can, theoretically anyway, work from anywhere and can choose my own hours to get things done. This has afforded me the opportunity to be available as needed as well as taking away some of the worry about leaving for the office with a sick baby at home.

When she was first born a long discussion followed as to what we would do regarding work, spending time at home and raising the baby. My partner and I wanted to have the best of both worlds as everyone does. To be able to choose to go back to work, but also spend time with the baby. Clearly it wouldn’t be possible for both of us to resume working unless we either hired a minder or opted for day care. I was hesitant. Although I know it’s a good option and there are good people and facilities out there I felt like both of us would regret if one of us couldn’t be at home.

Money was always going to be a huge factor also. Although she was making good money in her job, my partner would obviously need maternity time and recovery, and I had made the, lets call it decision, a few years ago that working in startup land would obviously mean less stable income, so if both of us were working, would this give enough to cover the cost of whatever option we went for? Not only that but if we rushed back to work, would we forever lament missing the first months of the child’s development? 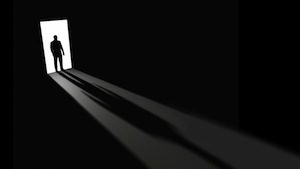 We came to a decision. My partner would take the first 6 months with baby and defer going back to work, allowing me to continue to develop the startup while also meaning that I could be at home whenever needed, and given that my office was so central, I could be back within minutes to miss as little as possible. When she went back to work, I would step in and do the following 6 months, and we’d review after the first year.

I’m not going to lie, when the changeover came and it was my turn to stay home full-time with the baby I was terrified. While I had done everything from nappy changes to bath times and feeding, I’d always had the security of knowing that ‘mommy’ was only in the next room. The prospect of being the stay at home dad was so alien to me it was frightening, and not because I was going to miss being at work, which honestly I do, but not nearly as much as I’d expected, but because I’m worried about doing something wrong or something happening I wasn’t prepared for.

I’ve read interesting studies in the last few months that suggest that fathers who stay home with their children, and for some reason daughters in particular, at this early stage have been found to have altered brain chemistry afterwards and have new outlooks on things. While I don’t think I’ve gone through any profound epiphanies or noticed that I can suddenly talk to animals, I have discovered something interesting I hadn’t expected. I’ve enjoyed it and I have changed.

I’ve looked back at my attitudes to small things like clutter and mess in my apartment before and after as well as how I deal with certain situations now compared to before baby came aboard. I’ve found myself less impatient and more relaxed about things that might have bugged me previously. What I may have considered tedious before now takes on a new dimension when you have this little face in front of you experiencing whatever it is for the first time. I’ve amazed myself, and people who know me well, how quickly I’ve gotten used to things that I never thought I’d adapt to. And I don’t just mean dirty nappies or baby vomit on my clothes. The whole lifestyle shift which I’d assumed would be huge turned out to just happen right in front of me. 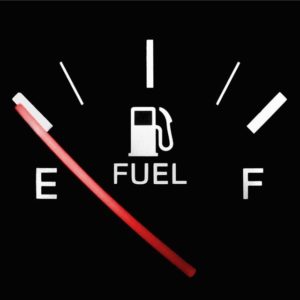 There are times I feel like I’m running on empty

It’s not for everyone, and now that we’re approaching the 12 month mark I’m starting to think about work and salary again, as well as the long-term strategy, but I can honestly say I wouldn’t change the last 6 and 12 months for anything. There’s also a little voice inside me that says, hey, if you can manage 14 hour days of minding a very active baby on very little sleep, this going back to work and really achieving something in the next 12 months should be a breeze. On top of that I’ve been forced to get back into a proper routine which I had sorely been lacking before and it’s given me a new type of energy in spite of the disrupted sleep pasterns.

Obviously it’s not all fun and games, and there are days when I feel exhausted and frustrated, and now I give that knowing look to other parents when I go shopping. I’ve also gained a profound admiration for mothers and all that they do, and, in a funny twist I’ve become an honorary ‘mommy’ at one of the parents groups I occasionally bring baby to, being the only dad there. Its been a strange experience, and I know I’m not special or unique in what I’m doing, but I hope, as there’s still sometimes funny comments about dads who do it, my thoughts will encourage others to try, and hopefully in years to come this time will become as important to my daughter as it was to me.