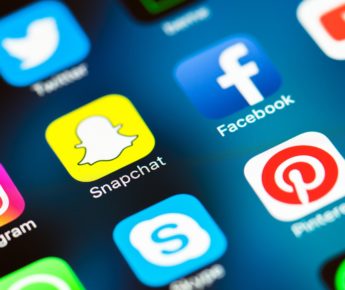 by ambyrne
Jan 16
2018
Lifestyle, Opinion, TechnologyDoes your social media belong to you?

Social media is a double-edged sword for many people. The ability to connect with people from your past or over long distances is making the world smaller and more connected, but at the same time the pitfalls and potential challenges of being constantly online are ever-present and more and more public when things go wrong. There’s long been the question of what companies like Facebook and Twitter get out of supplying you with their free services, and we are all, at least subconsciously, aware that they get our data. Under the terms and conditions of most of the services they can use to varying degrees the personal information and target you with adverts and other content that generates revenue for them.

This is no longer in doubt, and while there may be some who don’t get to what extent this is, the vast majority of people are under no illusion that the services are in fact free for a good reason. But today, this is not what I’m going to refer to when it comes to the ownership of content and how this impacts both your own life and the lives of people who see your posts.

What I’d like to think about is whether, when you post something, be it a YouTube video, or a Facebook post, or a meme on some other social networking site, you have the responsibility to stand over it and potentially accept the consequences of the message. At face value the obvious answer is yes, that if you post something that you are open to whatever fall out or responses you get, but this is leading to two separate and very distinctive camps online. 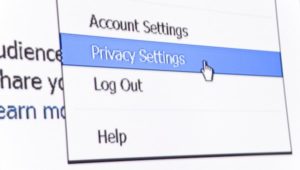 Even things you think are private can be shared and spread

Take for example your Facebook wall. We’ll ignore the privacy and security settings for the moment to illustrate the point, but there is a factor there to be considered also. On you wall you have accepted x number of friends and post images and messages, jokes and thoughts that your friends can respond to and view at their leisure, but there may be and often are other people who may view the content indirectly either as friends of friends, or publicly if you haven’t changed your display settings. All of a sudden you are making a declaration to everyone who sees it on whatever topic. You’ve expressed an opinion, and for better or worse, it’s out there.

There are many people who make the argument that it’s ‘their wall’ and therefore they can say what they like, and the question of freedom of speech is thrown around from time to time, but if you say something that offends someone or incites violence or hatred, even if it’s only on your wall, should you be held accountable? Again you might argue yes, but the waters get muddied very quickly.

Several months ago I posted something I had considered very banal about something I was eating didn’t give it a second thought. After a while I got the usual likes and questions as to where I was dining, the usual stuff you’d come to expect, but I had angered someone who had made the decision to not eat that particular food because of lifestyle choices etc. I was taken back at how quickly what started as something, that I thought at least, very innocuous, became a bigger issue. I know I’m being deliberately vague as I’d rather not rehash the conversation, but the reality is that anything you take a side on you are going to have people disagree with, even in your circle of friends.

Now for the most part people just shrug small things off, but it did get me thinking about how easy it is to offend someone or worse through social media and the potential consequences of this. Initially I was annoyed. It was ‘my wall’ and surely I could post what I liked, but then it hit me that this was exactly the problem.

You might argue that a networking site like Facebook specifically has a wall section for your own content as opposed to something like twitter in which all posts are inherently public, but your wall is shared in the timelines of people you’re connected to and their connected friends etc, so all of a sudden what you post on your wall, be it just a musing or supposedly innocent joke, can very easily have impact on someone. This gets even more complicated when you start looking at supposed ‘verified’ accounts or official feeds from a company, office, celebrity or whatever.

Recently noted YouTubers like Logan Paul have faced heavy fire from their posts, Paul posted a video mocking an apparent suicide victim and, although they were slow to act, YouTube eventually penalized him and he faced a huge backlash. We all know the impact that tweets from someone like President Donald Trump can have on a global scale, but the guidelines and rules around what you can and cannot say seem to be bent, if not broken on a daily basis, yet there are some people who are still allowed to seemingly say whatever they like with impunity.

The question comes up again, should you take ownership of what you say on your social media, and if so should you take the consequences of the messages you post to the world? If you’re still saying yes, which I’m guessing most people reading are, who gets to decide what is going too far? What is hate speech or what is just offensive. While the social networks have guidelines, somehow the more prominent and powerful the person seems to be the more latitude they appear to get from the company.

I do advocate that you need to stand by what you post, be it good or bad. For smaller issues its difficult to decide what might offend or upset someone. Yes there’s an element of common sense, but you could, in theory get into a disagreement over cats versus dogs as the better pet. It’s going to get more and more difficult over the next few years to get through the noise online, and while people do get called out publicly, there seems to be no long-term consequences for repeat offenders and those who really have pushed the limits of human decency.