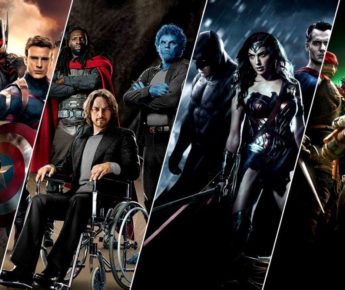 There’s been a certain amount of criticism directed at the film industry over the last few years. Setting aside some of the scandals and more unseemly things that seem to happen in show business, the films they are producing are also subject to discussion. On several occasions lately I’ve seen actors and celebrities state that most of the blockbusters coming out are poor and not up to the standard of the silver screen. Even in the last few days, stars like Jodie Foster have come out against the big budget, CGI filled movie outings. She was quoted as saying that “Going to the movies has become like a theme park” and even compared the produce of some film studios as being akin to fracking.

While I have some issues with movies that are coming out and their quality, I’ve found myself completely disagreeing with her sentiments. Don’t get me wrong, I love a really thought-provoking drama or really well crafted psychological thriller, but at the end of the day my primary reason for going to the cinema is being entertained, and in most cases, with the hustle and bustle of everyday life, I go to switch off to an extent. Particularly when it comes to the cinema outing, I would always lean towards the cheesy action or mindless robot-fest rather than something that is going to tax me or make me reflect on life, love and the meaning of it all. 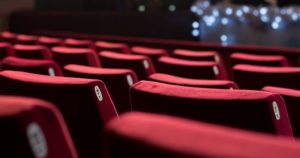 A trip to the cinema is escapism for many people

I consider myself a fan of movies, but in truth when it comes to the more serious or conversation starting creations I tend to wait until they’re available on DVD so I can watch, soak up and digest in my own home, and potentially think or discuss it afterwards. I know there are movies that fall between these bounds and categories, but I’m being generic to illustrate the point.

Again, I have had issues with the movie industry in the last few years, particularly when it comes to remakes. Sure, some work and are done well, some are from movies or content so obscure that it doesn’t really matter that they are rehashes of an original, but I think most people will agree that on the whole remakes just seem lazy. A good story told well could be easily re-released rather than remade. When the Star Wars original trilogy was digitally enhanced and put back in theaters there was no end to the queues of people lining up to see them for the first or 50th time, so it can be done.

The cinema near me does a regular thing of putting on classic movies, unsung treasures and original cuts of old movies and they always seem to draw a crowd, but let’s get back to new stuff. In terms of remakes it does sometimes feel like Hollywood can;t come up with original ideas and has to constantly go back to material it knows works from the past, and in general this doesn’t seem to work too well in the critics eyes. The other phenomenon recently is the ‘re-imagining’ or rebooting, where the content is taken and given a modern feel or more gritty texture, but again they are relying on the old movie as their guide as well as the name to begin the marketing process.

So what’s this got to do with superhero movies? Well, to put it simply they have a lot to work with. If you look at the DC and Marvel cinematic universes for example, they have decades of comic books, graphic novels, dozens of well-developed characters and a huge library of material to use, You may not necessarily agree with this statement, but at least it’s stuff, for the most part, (I’ll leave out spider-man, because even comic book fans were starting to get sick of him), that you haven’t seen before. As for the statement that going to the cinema is like going to a theme park, then great sign me up. I like thrill rides and cheap food once in a while so why shouldn’t i get this experience sitting watching a movie as opposed to queuing for a roller-coaster? 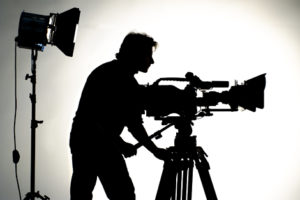 big movies create lots of jobs both directly and indirectly

There’s something else to consider here too. These big budget, big production movies do two very important things for the industry. Firstly they generate a massive amount of revenue for the studios enabling them to do the less commercial films and fund riskier projects which we sometimes don’t appreciate, but also. the crews, the starts, the sets, graphics teams, stunt performers and everything else adds up to a large amount of people employed  in the industry, and often in the communities where the films are made. The new Star Wars for example, filmed partly in Ireland brought jobs to people in show business and beyond here in this country. From model makers to helicopter pilots as well as the residual money from catering, accommodation, this is a huge plus.

There’ll always be a place for the period dramas and inspirational ‘true’ stories and I have no doubt that there will be hard-line film buffs who will completely disagree with everything I’ve said above, but at the end of the day the movie industry is first and foremost an entertainment industry and the argument that its pandering to the masses is really not fair as that is effectively the history if Hollywood and show biz.

There is room for improvement obviously, and I do like to see something new from time to time, but what Foster did, whether she was aware of it or not, was to disparage other actors who had done these movies as well as everyone else involved in the creation. Not every movie needs to have a deeper meaning or a personal message from the director, so surely if people are enjoying and the studios are doing well from it, why not continue to make superhero movies. Personally I look forward to the next outing of the Avengers as well as how they can keep making Transformers movies with virtually no story, (let’s be honest) and hope they continue until such time as something else shiny catches our attention.