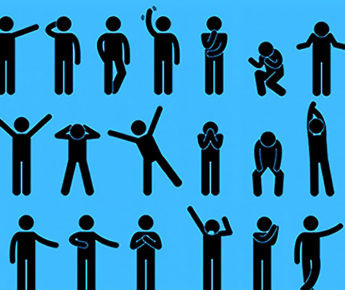 When a client or customer calls your business, within the first 15 seconds, the customer has decided whether or not they like us or not. It’s all about first impressions like in face to face communications, and it’s all the more vital when it’s over the phone to build a connection with the person on the other end. Continuing from the last post on calls to your business, let’s take a look at the tone of the call and what you can do to affect this, particularly when we lose a lot of the unspoken language of communication not being face to face. 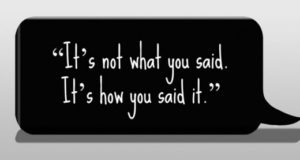 Your tone of voice speaks volumes over a call

So what things can we do to set the feel of the interaction at the beginning of the call? Obviously our tone of voice plays a big factor in this. So what does our tone of voice need to be? It needs to be upbeat, it needs to be energetic without it being too fast or too loud, it needs to be enthusiastic and friendly. There’re a lot of things that we need to get across in our tone of voice. Interestingly enough, studies have shown that when people are tested on interactions, the tone of voice is not necessarily the first thing that they remember. In real life people tend to judge us based on appearance. Much like if you are looking for a perspective partner in a bar or social setting, we stereotype and look for the things that catch our eye. This cannot be expressed during a business call, so it’s important to make sure that what you are getting across is strong.

There was an interesting experiment I was told about years ago. During a test of interactions with people a tester walked up to 100 people on the street and he asked them for the time. The question, while very simple was asked in various different ways changing the voice, pitch, pace and the manner in which the subject approached the subjects. The first group of people he went up to, he walked up to quite casually, quite naturally, and in a natural calm tone, he asked them “Excuse me, do you have the time?” In this instance, most people gave him the time. And why wouldn’t they? He was simply asking an easy question, anyone who had a watch, or had some way of telling the time was more than happy to give him the information.

The next group of people, he kept his tone of voice the same, but he lurched up quite quickly, almost as if he was charging at the person on the street. Most of those people recoiled, and in actual fact, some fled and didn’t give him the time at all. Although the tone of voice didn’t change, although what he was asking didn’t change, his body language dramatically changed, and as a result, people, were more hesitant, and in actual fact, in most cases, not only less willing but actively running away from him. 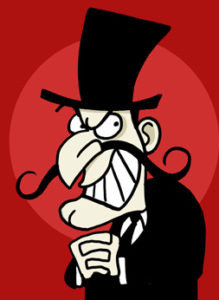 In the third instance, he kept his body language quite natural, but his tone of voice sounded gravelly, sounded a little bit creepy, as if he was trying to come across as some sort of pervert or as though he was deliberately acting shady and had something to hide. Again, people didn’t recoil straight away, because his body language was quite natural and quite casual, but he got an instant reaction the minute that his voice changed. The minute that he started asking the question. They took the voice and tone to be a sign of danger or distress and reacted accordingly.

What was interesting about this study was that afterwards, when all those people were questioned, the majority of them didn’t actually remember what question he was being asked. Even if only a short period of time later. Some thought he was asking for directions, others thought he was asking for loose change, in fact, only 7% of people commented primarily on the words  that he used.

7% is a very small percentage, so this shows that the words that we use are not always the most important thing your interaction. I’d bet that in a lot of similar interactions, we would all struggle to remember the specifics as we put them out of mind very quickly.

34% of people commented on his tone of voice and they commented on how this tone affected how they reacted to him and whether or not they helped him or not. The majority of participants, 59%, reacted to his body language and commented on his movements and general manner first and foremost and before anything else. What does this mean? Well it means that body language does say an awful lot about us and for us before we even open our mouths. Now, we can obviously understand this if we ever walk into a bar and we start talking to somebody and their body language is quite shifty. People tend to react to that. We stereotype body language very quickly when we are watching people walk down the street, depending on the way that somebody’s walking we may choose to avoid them or gravitate towards them. So body language is quite key. How does this reflect back though to a call?

The challenge to us here is that, on a call, body language is absent. We don’t have the opportunity to portray that we’re happy, that we’re outgoing or enthusiastic and that we want to help the customer. In person we can do this very easily, we can be open, our arms can be open. Not so open that we look like we’re giving the client a hug, but they can be open enough that we are inviting the person over towards us. We can stand nice and relaxed in a very approachable way, not kind of hunched over with our hands in our pockets. But on a call, we can’t convey this. So because we are losing out on more than 59% then of the interaction, we need to get across our body language in our tone of voice, and in the words that we use.

We need to use positive language and a tone that conveys that we are helpful and want to engage with the person on the other end of the line. It’s challenging. We may be tired, we may have had 50 previous calls before this one, but when we lose the face to face interaction and all this gets across without words, we need to make up for this when we’re speaking on the phone. In subsequent posts I’ll go into more detail and what we can do to try to improve this.