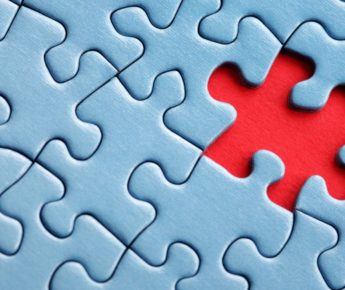 In previous posts I talked about tone of voice and pitch and pace when dealing with clients over the phone, but let’s see how emphasis can change the meaning of words and impact the message we’re trying to get across. A great example I learned years ago is the simple sentence “I never said he stole your money”. A seemingly non-complex statement and at face value a clear statement. We can read it this way, read it quite flatly and just say okay, so he never said that he stole your money. Or, if we emphasize different words, we can vastly change the meaning of this statement very quickly. 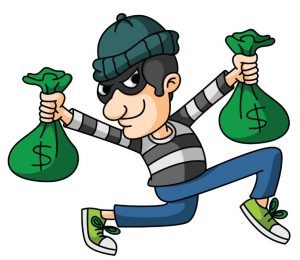 Your tone and emphasis could even accuse someone

What we figure out is that when we stress ‘I’, “I never said he stole your money”, what is implied here is, I never said it but potentially somebody else did. What started at a simple sentence now has a deeper meaning and potentially a tone of accusation.

If we say it again and we say “I never said he stole your money”, with the focus on never, what’s implied there is that you’re almost protesting too much, me thinks the lady doth protest too much (if you’re a Shakespeare fan) so it really does imply that we have a little bit of guilt.

“I never said he stole your money”, emphasizing stole, well, this implies that you said something but you didn’t say that he stole it, maybe only that he took it, he borrowed it, the money was resting in his account and that the idea that it was ‘stolen’ is not necessarily the fact of the matter. Similarly with the word ‘your’ in this statement you could suggest that he stole some money, but not yours per-say.

So now, what we’ve seen is, one sentence, with intonations on different words, vastly changes the meaning that the person listening perceives or even what you want to get across in the statement. We need to be very careful of this as well. It’s very easy sometimes, if a customer hasn’t paid their invoice for example, to come across as accusative by perhaps emphasizing the wrong things. It’s a tough one to manage and it’s worth our spending a little bit of time adjusting the tone of what we say and adjusting the stresses and emphasis on certain words to see the reaction and impact this has on people.

Asking for money is always a tough conversation with clients

What we may think as a simple statement during a phone call could be taken up the wrong way if we don’t think in advance how it can be perceived by the other party. This is a tough thing to balance as different people have different biases and can read things into statements that you may or may not have implied. There’s no simple way to deal with this and it’s only through practice and watching and listening closely to the reaction of people we interact with that we learn to adjust and improve how we communicate.

Why is this so crucial over the phone? We’ll as I mentioned in previous posts, as we’re losing the face to face and the body language our meaning is exclusively transmitted through the words we use and how we use them.

I’ve come across many examples of business owners for example, who are looking to get clients and customers to pay bills and invoices on time, and listening to their calls it’s not hard to imagine that the person on the other end feels a bit confronted. It’s not an easy conversation to have with anyone if you have to ask them for money, but in the case where your livelihood or business is depending on it, this can be compounded.

In many cases I’ve heard the business person using a tone or even words that suggest that the reason the other party hasn’t paid yet is that they don’t have the money, or even that they’re just not bothered. The simple question ‘are you having trouble paying?’ Could be taken equally to mean ‘is the payment system or online invoice not working for you and you are trying to pay’ or it could be taken up as ‘Do you not have the money to pay?’

Again this is one statement but depending on how it’s expressed to the other person could change easily from, ‘this isn’t your fault and I’ll try to help you’ to accusing them of not having the money to pay for whatever it is you are supplying. Before delivering any difficult or sensitive message over the phone, it’s important to put yourself in the shoes of the person on the other end and be sure that the way you are saying it really gets across your meaning without putting the other person on the back foot.