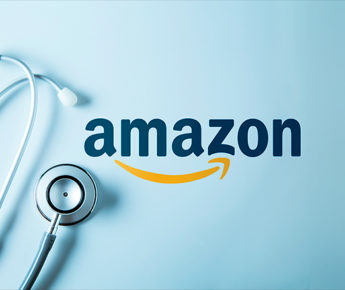 Elon Musk is planning on conquering the final frontier. It’s no secret that I’m fascinated by the SpaceX works as well as everything else he is working on, but recently none has captured the imagination more than the launch of the Falcon Heavy rocket in the last few days. Musk, in his usual o.t.t antics, jetted his own red Tesla Roadster on the top of the spaceship to show that the Falcon, which, yes is a nod to the famous Star Wars ship, could carry heavy payloads in a bid to show that the landing on Mars is not only possible but inevitable.

Meanwhile, back on earth, Jeff Bezos has more grounded (pun intended) aspirations. Bezos, like many of the current gaggle of millionaire eccentrics is looking at reforming and hopefully disrupting the healthcare industry in the United States. With an estimated 18% of the GDP of the US being allocated to the health of the nation, it’s an industry that needs to change. While the US debates and at times runs the spectrum from praising to berating its healthcare system the rest of the world looks on in, at times, horror at a system that is not only deeply flawed, but also seems to benefit only the wealthy and very well insured. 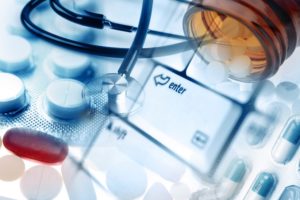 Can a tech giant change the medical industry

Amazon’s Bezos wants to take his success in online retail, technology, media and many other things and translate this into the world of insurance and health. It’s a bold leap as many people have pointed out that Amazon has no prior experience in the industry, and its an industry that seems to me and many others very protective of its interests. I may be slightly ill informed but when I think of insurance and healthcare in the US I think of big pharma and cut-throat finance companies who are more interested in the bottom line than the actual healthcare of its clients.

How then would this translate from Amazon’s very customer-centric focus which prides itself on excellent service above all. Okay, you may have slightly different experiences buying from Amazon, but on the whole I generally have nothing but positive things to say, and mostly hear the same. At this point it’s unclear exactly what form their efforts will take, but it’s likely that speed and simplicity are the order of the day. Amazon will want to avoid the unfortunate situation similar to the launch of Healthcare.gov when the Obama administration launched a site, that, although a great idea for the average healthcare customer, failed miserably at the start due to huge technology issues.

To start with and in an effort to kick start their progress they have partnered with JP Morgan and Berkshire Hathaway, taking aim at their approximately 1 million combined workers, employees, families etc. It’s a huge undertaking and in an industry that has probably not seen that much innovation in years. The big question is whether a company like Amazon can possible not only break into, but also succeed in an industry that’s so fundamental to day to day life, and so fraught with issues.

And succeed it must. Both because of who they are and the importance of the industry, its an area that Amazon can’t afford just to get-by or even fail in. Failure means validating the concerns of so many people who argue that crazy billionaires should stick to playing rich rather than trying to save the world, and worse it might scare other companies and private organisations away from trying to disrupt markets like this. If they simply do ‘okay’ in the area, the above will apply, but it may serve to dilute the goal of Bezos from turning Amazon into the most customer focused company in the world and dilute the success of Amazon as a whole.

What’s potentially worse is that if they become just a bit player in the game, consumer faith might be affected if they end up compromising or making concessions to larger companies, just to try and stay in the market. It strikes me that customer confidence isn’t very high in the US healthcare industry, and seeing a giant like Amazon being pushed around might further serve to give people the jitters about dealing with the perceived hassle of healthcare in the first place. 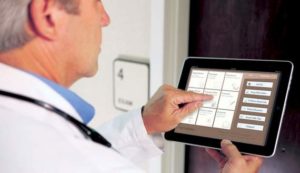 Will you get your medical insurance on an online store

In a country with an estimated 44 million people without any insurance and as many as 38 million more with inadequate coverage, this is something that needs addressing as a matter of urgency. The cost to most countries in terms of caring for their citizens can only increase every year and the reality is that very few countries get this right and, although they count themselves as world leaders, the US languishes behind much of the developed world in terms of the coverage. Like so many areas, maybe it is time for an innovative outsider to the industry to disrupt the status quo.

I’ll be the first to admit that I’m pro tech companies and innovation, but the image that we here in Europe get of the healthcare system in the United States is of a nation in near chaos when it comes to the well being of its citizens. This can only get worse as the big players get bigger and make it more and more difficult for change while they make huge profits. TV would also have us believing that going to any medical facility without good insurance or bucket loads of cash will have the doctors shaking you upside down for lose change.

Whatever the reality, the burden to the government, tax payer and not to mention the medical staff on the front line is not sustainable and getting a big, innovative and massively successful entity like Amazon talking about providing a cheaper and possibly better solution not only give me a sense of hope, it also gets us talking about the topic again. While people may scoff at the notion of an online store providing insurance options or access to doctors and pharmaceuticals, the fact is that it’s news again, and more than that gets people thinking about the industry as a whole and what can and should be done.